Two hundred years after her death, Jane Austen is still surrounded by the literature she loves—but now it’s because she’s the owner of Flyleaf Books in a sleepy college town in Upstate New York. Every day she watches her novels fly off the shelves—along with dozens of unauthorized sequels, spin-offs, and adaptations. Jane may be undead, but her books have taken on a life of their own.

To make matters worse, the manuscript she finished just before being turned into a vampire has been rejected by publishers—116 times. Jane longs to let the world know who she is, but when a sudden twist of fate thrusts her back into the spotlight, she must hide her real identity—and fend off a dark man from her past while juggling two modern suitors. Will the inimitable Jane Austen be able to keep her cool in this comedy of manners, or will she show everyone what a woman with a sharp wit and an even sharper set of fangs can do? read more

Okay nowwwww I’ve got it right!! Lemme try this again (’cause I totally *woops’d* this particular release on last week’s post).

So. Who has a crush on Gena Showalter’s “Paris”? And how long have you been anxiously awaiting his book? Really!!?? THAT LONG!? Well… lookie here!! It’s Paris in all of his gorgeous, steamy glory!

Possessed by the demon of Promiscuity, immortal warrior Paris is irresistibly seductive—but his potent allure comes at a terrible price. Every night he must bed someone new, or weaken and die. And the woman he craves above all others is the one woman he’d thought was forever beyond his reach…until now. read more

The new year has brought some great suggestions, including this one (over and over again)!

This one comes highly recommended by Rena:

“I was wondering if you’ve ever heard of the book The Bronze Horseman by Paullina Simons. The setting is in World War 2 and it’s a love triangle between a soldier and two sisters. If you love Christian, Kellan and Travis, I can’t imagine you NOT falling in love with Alexander. Honestly, he puts the squee in squee-worthy. He’s got Travis’ possessiveness, Christian’s intimidation, and Kellan’s hotness. Alexander is really real. He gets angry and he can be scary but he’s passionate and adorable and funny and delicious, … Anyway, this book has everything you could ever want. A tortured hero, a really really intense love, maybe too much sex, and angsty angsty angst.” read more

Check out my book review. 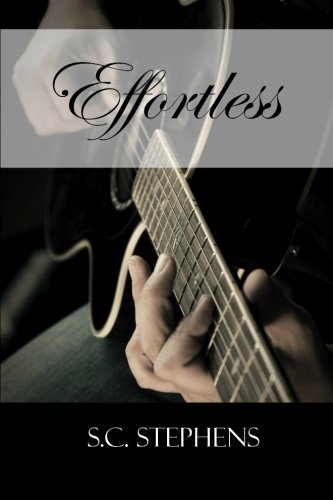 Playing For Keeps (A Neighbor From Hell Series – Book #1)
I stumbled upon this series while checking out some potential new reads that had been recommended. These weren’t on my list, but something possessed me to click on them and check them out a little deeper. I mean, come on… anything that has a “Neighbor from Hell” in the title sounds like it’s gonna be fun! There weren’t many reviews at the time, but the few they did have were extremely positive, felt real, and the synopsis had me chuckling. Oh and the price couldn’t be beat! I downloaded both ASAP, and even though I had other books I intended to read first, these just kept calling me. read more