X
You are here: Home / My Book Reviews / “In Your Eyes” Movie Review

In Your Eyes
*whoooooo* THAT WAS SWEEEEEET and pretty good and OMG my heart!! Thank you Sadie for this movie recommendation!!

Sadie: I just wanted to let you know that I just watched a movie on Netflix that I thought would be right up your alley.  It’s called IN YOUR EYES.

I know you don’t often review movies, and this isn’t a review request by any means (I have literally NOTHING to do with this film) but I just thought you’d like it!  It’s a love story, but it’s not something I’ve ever seen before and I LOVED it!

If you haven’t already seen it, I highly recommend it!

Tasha: I had to look up In Your Eyes and I thought ooh this sounds good!….wait, I’ve already seen it. Lol, I can’t remember how much I liked it though, but it did keep my attention the entire movie!

Jessica: I LOVED that movie. The mirror scene was so cute. Blush city.

Michele: I am watching now and sooo in love.. late night for me…

Amy: That movie DOES sound good! You know what, I think watching a movie (especially one like that!) is perfect when in a book funk because we can get some – I said *some* – of the feels we crave while reading but without the hours-long commitment.

Maryse: I was thinking the same thing Amy!!! Just a couple of hours of investment and I get a little “mini-book” on tv!

YES!!! This was just what I needed between reads! It was like a mini-epic love story in moving pictures and sound. A couple of hours of book-like fun, ’cause this could have TOTALLY been a book. Isn’t it funny that I say that? It’s in reverse. This would have made an awesome fluffy-but-unforgettable romance book, and I got to enjoy it in action instead! And guess who wrote it?! Joss Whedon!

From Joss Whedon, creator of Buffy the Vampire Slayer, comes a romance with a supernatural twist. With his signature humor, it tells the story of a lonely newlywed and an ex-con who discover they can see – and feel – what the other does.

It had a touch of EVERYTHING. That undeniable… almost “soulmate” connection. A perfect slow burn (friends first… but you just know they’re perfect for each other). A little of that esoteric quality (paranormal?) that reminds us that these two were destined to meet, that feeling of constant connection with that one person, you know? Kind of like my beloved ghost romance stories. The whole “I can’t physically touch you, but I can feel you…” thing. NOTHING can tear these two apart. And of course, a touch of forbidden. I’ll tell you why in a sec.

Rebecca and Dillon have both been afflicted by a weird condition since they were young children. They can feel when something big happens to the other (although they don’t realize it until they’re adults). It’s all just “weird” stuff… memories, that they can’t explain. Childhood accidents, emotional pain… other… stuff. 😉

But as adults, something impactful happens that solidifies their connection to the point that they can actually speak to each other. Suddenly they realize that all the weird stuff that happened to them when they were kids was in connection to each other. BECAUSE of this mental connection they have been sharing. And while at first, it’s awkward and frightening, (I laughed so hard when he asked her what time it was, and she told him, and he freaked out saying you’re TWO HOURS in the future! You’re from the future!!! And she was all… ummm… no. I’m just in a different time zone). LOL!!!! Adorable. And they become friends. Comfort each other… they are kind of… one, after all, and have pretty much “known” each other all of their lives.

But you see, she’s married to a a psychiatrist. And while it appears he might love her dearly, he’s also extremely critical of her. Belittles her due to her “quirkiness” (when she would unwittingly zone into her “other” connection, but not understand what was happening), and he has an eye on her… suspecting mental illness.

Let’s just say that at times… I loved “them” together, but at other times I glared at him. I suspected he might not have her best intentions in mind… so it made that “forbidden” angle in regards to her “other” connection a little easier. And it’s kind of hard to deny an obvious soulmate/mental connection, so I’ll let you deduce that part.

And all I have to say, is if I had been videoing myself during the last 15 minutes of that movie, My face would have been a cross between a tense grimace and my eyes bugging out of my head. A little like this… but more excited. I may have held my breath the entire way, to the end, so color me a bit redder… or purplish.

All that to say, so good! No… not my favorite movie in the world, but no way I can forget it. Very fun, sweet, unique, a bit intense, and well… I kind want a connection like that, too!!

4 stars of relaxing/mindless/and a bit of adrenalizing fun! 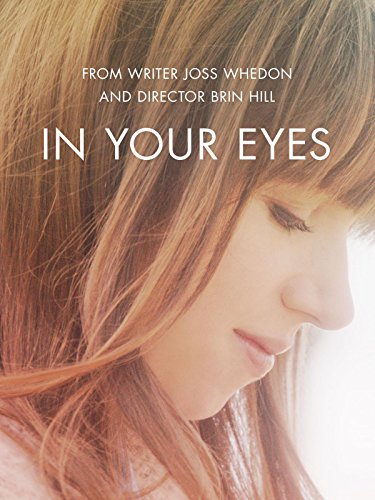 I watched this like…… 4 months ago and loved it!

On your recommendation, I watched this movie. Truly had a unique storyline and the chemistry of these actors was off the charts, which was weird since they physically weren’t together. The ending seemed like just the beginning……and man do I wonder what happened after the train……..I did love this movie –for its quirkiness, uniqueness and a interesting romance….unlike anything I’ve ever seen before…

It was just… fun to watch. 😀 And I was so tense with that ending. GAH!!

Aaaah! I’m so glad you liked it!

I just watched this on U-Tube yesterday! Wow was it a unique and sweet story. It really made me think…what if that really happened to me? How would I react? How intimate and special would this connection be?
I was really routing for them to find they’re way to each other. I didn’t like her with her condescending jerk husband at all.
What I found most refreshing about this story was that the female lead was not perfect looking. She was relatable because she was cute but not drop dead gorgeous as so many Hollywood actresses are…
Good choice Marsye! Loved it!

Need to watch this movie! It sounds so unique and refreshing.

Are there any books you’ve come across that might be similar to this movie? Or books you’d recommend someone who enjoyed this movie?