X
You are here: Home / My Book Reviews / Alternative / Book Review – Giving It Up by Amber Lin

Giving It Up (The Lost Girls)
Well… wow! This one was so great. And I’ve got my own silly little anecdote to tell. “Giving It Up” was just recently recommended by Tiffany on my Facebook page, saying:

“I finished reading Giving it up by Amber Lin and I Really Loved it!!! It came out in June so Not sure if Maryse already reviewed it..But im sure if she did..She Prob Loved it as Well!! Good Stuff!!”

Well… I hadn’t read it, but when I read the premise, I thought to myself… HECK YAH!!! This was definitely a Maryse-like read. And something about it seemed familiar. I had obviously looked up this book before, because I realized it was already on my TBR list. So I bought it, read it and reviewed it. And as I was searching for Tiffany’s recommendation, I came across an email. Now I know why it seemed so familiar. The author herself had already sent me a review copy. *sigh* I have to wrangle my crazy-book list. Well, either way, purchased directly or sent to me by the author, I loved it!

And… I have myself a little book-crush going on. Now, it’s a bit too early to tell how lasting this crush will be, (my real book-loves last months, even years, so far…), but. Yep. I melted quite a few times with this “man of little words” but still all very much… MAN.

And not your typical book hero either, but you know me. I don’t like them perfect. And it’s really not that “kind” of romance book, either. Not one where the reader is meant to specifically swoon and all that. But I did. I “prefer” them flawed, a touch damaged, with a bit of a *dark* side, so this book was right up my alley. In fact there’s a little *something* about him that that would make him a perfect candidate for a spot on my Top Most Illicit Bad Boys list (you know… those that partake in criminal activity 😉 ).

From the start I realized it had that darkish, erotica-romance “Megan Hart” feel, and I was SO in. Because he is not the only damaged one. In fact, this book is told from her perspective, and she has suffered a terrible anguishing past. You think you know, and you do. But there’s more to it. And how she copes with her pain, her disillusionment is by hurting herself even more. Proving to herself that all men are hurtful, damaging, dangerous creatures, and therefore solidifying her conclusion, dulling her pain (at least she tries to) and numbing her reality.

It’s a difficult emotional read at times, because she sees herself, her life, on an almost numb level. But let me tell you, despite the dark edge, the somber moments, the detailed self-destructive behavior, it is a wonderful thing to see her come alive. And I’m going to say he’s quite something, too. Oh right. I said that already, didn’t I? 😉

So what’s it about? Pretty much… that.↑ 😉 ‘Cause you see, Allie suffered a terrible hurt in her past and now is struggling as a single mother living in the bad part of town, with the help of her best friend who’s always had her back. Devoted to raising her two year old daughter, baking for low wages at a bakery (but baking soothes her so she’s somewhat content), she has a monthly ritual to help cope with her own personal nightmare. To keep her control over her mind, and her body (although on the spur of the moment, it doesn’t quite seem so). One night a month is “date night”. But her idea of a date is quite scary. She goes to a local club, picks up an obviously dominant and possibly dangerous male. A different one each time for a punishing and brutal sexual experience.

It helps her focus. You’ll might come to see her reasoning soon enough.

And one night she shows up at the club and spots one with seemingly empty eyes. Obvious angry disinterest, turning away gorgeous girls that approach him.

He caught my eye, looking – if possible – surlier. Cold and mean. Perfect. I wouldn’t taint him, and he could give me what I craved.

She gives it a try, and “Colin” responds. But to her surprise, Colin has other things in mind, and begins to slowly deconstruct her protective walls.

Something softened in a deep, cold place inside my chest that he was willing to postpone his pleasure for my ridiculous personal sh%t. That he would even know I had any personal sh&t when this was just a a random hookup.

I loved him from the moment he said shhhhh.

I’d thought his sweetness was weak, but that wasn’t true at all. He was entirely in control, treating me the way he wanted, not the way I asked for it. And more than that, he seemed to know what I needed, giving it to me despite myself.

But then… we learn that he has his own secrets.

“Who the hell are you? The mob?” I tried to laugh but choked on it when he shrugged.

Just who is Allie getting to know? And what happens when every dark-sided man in her life (past, present and possible future) seems to have some sort of control over her life… including the only man she has finally started trusting again.

Loved it. Started off making me a little nervous, and I fluctuated between swooning and remaining apprehensive as the mystery was building. Sometimes a bit slow, but you know what? I was good with it. I prefer slow and tentative, experiencing every moment, and feeling, questioning motives, facial expressions, silent treatments… then the opposite which could be racing us through and leaving our character-connection in the dust.

I was connected, and that’s all I ask for. Fantastic read. One I will certainly remember in detail!

4 stars PLUS! (that’s me vacillating between 4 and 4.5 stars because OMG as I re-read his parts, for this review… *sigh* I really do have a crush on him). I do that sometimes. hehe. Now I’m not saying if he’s a good guy or a bad guy or somewhere in between, ’cause you’ll get to uncover the secrets and the “stuff” on your own… so don’t go getting any ideas that this will be an easy ride. 😉 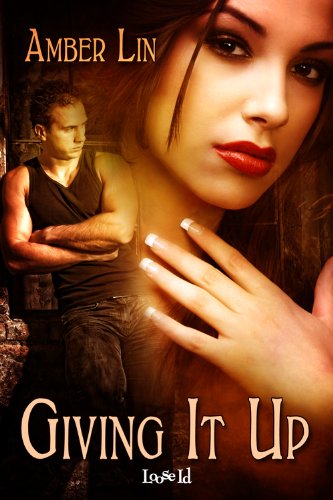 Ah, Maryse! You have to quit putting up these great book reviews! How am I suppose to finish Darkhouse?! 😉 This one is going at the top of my TBR list…. well, AFTER the EIT series. 🙂

OMG Maryse, I feel like I have to stop the two books I am reading right now and get to this one immediately!!! I already have a crush just by reading your review!!! 🙂

Oh you’re in good company Jill, with EIT. No worries. This one will be waiting for you after. 😉

Minha: It was really a great read. I thought about it all day yesterday and as I remembered certain “scenes” of his, things he did, said… I had butterflies. Sometimes sad ones, but he definitely made me react.

Wow! What a great read. Didn’t want it to end

Ahhh, Maryse you had me a ‘megan hart’ feel! Definately adding to my TBR. Thanks!