Letting Go [Awakenings 1] (Siren Publishing Classic)
Thanks for the suggestion, guys! Overall, I enjoyed it well enough. Definitely my “genre”, and the writing was good. Unfortunately, it took me awhile to connect. I think I hit the 50-something percent mark when I finally felt a bit of that “reading excitement”. You know… that feeling when you realize you’re not going to put the book down any more? After a few starts and stops (it took me a couple of days to read it) once I hit the second half I read straight through. Considering the reader-enthusiasm when it was first suggested, I knew *something* was coming, so I didn’t necessarily mind the buildup.

Did I get to that “point of no return” with it? It had it’s moments for sure. Moments that I thought were really going to infuriate me, and finally cue the angst and drama, but it rarely hit that level for me. I savored some parts, finally able to share in some of that emotion that I had been anticipating. I appreciated the “fooling yourself” thought processes, and even more, the insistence on sticking to the plan. The denial of the obvious. But for some reason, and I can’t put my finger on it… I just wasn’t feeling them. Or maybe… they lacked chemistry. Something was missing for me, and because of that, I read it, but didn’t fully experience it.

And it appears we’re getting mixed reader reactions – many really enjoyed it, and some experienced it the way I did…

Debra: Read it but not sure how I am feeling about it….

Maryse’s Book Blog: I’m at about a 3.5 stars on it myself. Lots of parts I liked but I didn’t connect as much as I wanted to. I only started to “feel” emotions towards the end… Strangely enough because the writing was really good. And for the life of me I can’t out my finger on it… they lived, there was detail, none of it was rushed, the writing was great, the story was definitely up my alley, but I felt distracted and it’s only once I got to 50-something percent that I clicked in. Not 100% but by then, I read straight through.

Debra: I agree Maryse I didn’t really connect.  I got lost a couple times along the way. Not sure if I will continue with the others

Jennifer: I like books that I can’t go to bed at night….it was easy to put it down…good book though.

Mazie: Jonas is no Christian or Gideon for that matter…but I would take him over Caleb anyday…. But I like it …willing to read the next one…..

Maryse’s Book Blog: Yep! Definitely interested in continuing (especially since the last book is about them again, and I gotta know more!!), but I think I’ll try something else tonight.

Nikki: Mazie, I wouldn’t take anybody over Caleb And the sentiments expressed here are exactly why I put it down at about 25%. I had a hard time connecting.

Michelle: I just finished! Loved it!!!!!!! I think Jonas is my new book boyfriend

What’s it about? I’m betting  the “Christian/Gideon” comparisons have probably clued you in, so you’ve already got a good idea what genre it is.

Jonas has had a recent career change (from a high school teacher to ad exec) after a painful divorce from his wife. All of his hopes and dreams (and his money!) went out the door with her, and he’s… bitter. Or maybe more like, disillusioned. He still has his fun as a popular Dom in a few certain clubs, but nothing serious in his personal life.

Sabrina is a higher up at that same agency and from a wealthy family. Trust funds and all that. She doesn’t need to work, but enjoys it, and is a control freak. Considered “cold” and “haughty” but in reality, she’s simply shy, and due to her upbringing, extremely reserved.

Sabrina didn’t want to be cold and unfeeling. She just didn’t feel anything very deeply.

And she has a big inheritance coming her way, IF she marries by a certain age (which is coming up), and stays married for at least a year. And as she contemplates her dilemma, she proposes to the cute stranger she’s been eyeing (Jonas). They make a few “deals” (namely, he wants to be able to “sleep” with his wife ;)), she agrees, and he’s in!

And of course, sparks fly, and the sexual tension? Well… there is no sexual tension per se, ’cause this is erotica and they start scratching that itch right from the start. LOTS! I may even have skimmed a few scenes. LOL!! Romantic tension…yep, some of that, of course as time goes on and they get to know each other. But jaded hearts, and set-in-stone promises to one’s self get in the way.

She was quiet for the rest of the ride, pushing her hurt into a ball of anger that she could stow safely away. It would come in handy the next time he demanded a piece of her soul.

Oh and… secrets. Some of that, too!

She had never seen Jonas angry before. Annoyed, frustrated, focused, but never truly angry. His eyes darkened to olive green and the cords in his neck stood out. And then he shouted.

*nods* oh yes… Jonas may be good at helping Sabrina discover a few very important things about herself, but he has a serious lock-down on some of his own.

A journey of self discovery that isn’t too bumpy  (only ’cause wow, she’s quite… understanding, where as I, well… *hrmph* I dunno about some of that… ) ;). But it does hit a few bumps… and maybe an eventual wall (and I liked that!). That’s where I was connecting the most. Lots to feel at that point, and some very heartfelt realizations come to light.

For those of you wanting to continue the series, here is the reading order guide.

Thank you to the author for sending me a review copy. 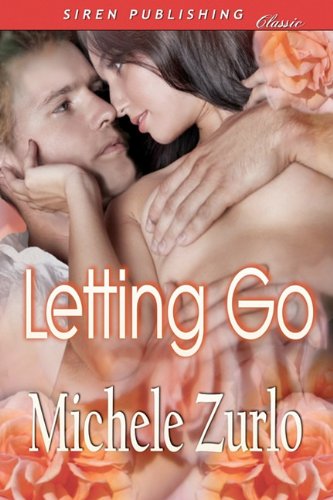 Book 2 I thought was a lot steamier and Book 3 starts off with wasting no time between twins and Jonas’s youngest sister Samantha.

Hi Maryse! “My Misery Muse” by Brei Betzold is on Amazon now. You showed us the book cover about 2 weeks ago I think. Anyway, it’s getting some good reviews so I’ll be checking it out!

Also, I agree with your review of “Letting Go”. It was an okay read for me and I didn’t continue with the series.

Yep I just saw that and am very excited. More rock stars for us!!!

Oh, phooey. I thought for sure that you’d REALLY like this little kinky love story, Maryse…especially, Jonas *sigh* (Sorry, Michelle & Maryse. I got you guys mixed up in one of your posts.) I just love Jonas’s dual-personality, so to speak, and all the build-ups and missed opportunities and wild romps. Just the right amount of angst and sexy lovin’ for me and the “supporting cast” has got me wanting to jump into the next book asap! In the meantime, visions of Jonas will be dancing (whipping?) around in my head 😉

Hey, for all you who are interested, Michele Zurlo posted on the read-along blog a 6:00 am this morning and it is really interesting:

Angie, I guess not everyone has our extraordinary taste, but chocolate and vanilla and all that stuff. 🙂

The writing in Letting Go wasn’t up to what I had hoped it would be. There was something missing in their relationship (like I wanted something meatier). I thought that the end came too soon. I mean there wasn’t a scene between the break up and the HEA that pulled it all together. I would also have given this a 3.5.

I loved the book. And I didn’t. I definitely enjoyed it and wanted to see where it would go, but there wasn’t something that left me not fully connecting and feeling everything. I will say, I like that I like Jonas more than some of the other dominant characters we’ve read about. We got to know him more, he was more open and “normal”/less damaged than some of the other books I’ve read and I liked that aspect. He seemed less scary/abusive and actually more caring. So as I character, I loved him. Just not quite sure about the book as a whole.

LucyLou and Angie have you read the Club Destiny series by Nicole Edwards? Book 3 is coming out Tuesday. I really liked the first 2 books 😀

Christina,
No I haven’t read them. Thanks for the recommendation, I have to check them out. 🙂

You’ll have to let me know what you think.

Christina, Bought “Conviction” and will start on it when I finish the series I’m reading now. Maybe we need to start a “Naughty Books” topic in Maryse’ Discuss Board. 🙂

Thanks for the recommendation, Christina! I’ll check out the Club Destiny series asap and follow-up with a little “book report” for you guys 😉

Looking foward to hearing what you girls think of them 🙂 I’d be all for the discussion board.

Ohhhhh YES!!! By all means… that would be a great discussion forum!! *grins*

Maryse,
What do I need to do to set up the forum? Do you need to set it up or do I set it up? I’m not sure how to do it since I’ve only participated on your daily blog… but I signed up this morning for your Discuss Board. 🙂

Just finished this. I did like it and enjoyed the characters but I wasn’t a huge fan of the end. It just seemed rushed or something- I’m not sure. I always want a HEA but it seemed too easy lol. I had no idea it was a series though and liked reading the authors comments on the book! Overall I liked it!

READER QUESTION SOLVED!! This was the question: The series where he buys her a bed and throws away her old one and she’s livid!

Does anyone have a guess for this one?

Reader Question – The book about the girl that works at a cafe, and he keeps getting coffee just to see her…

Reader Question - The book about the girl that works at a cafe, and he keeps getting coffee just to see her... - Maryse's Book Blog

Reader Question – The book about the girl that works at a cafe, and he keeps getting coffee just to see her…March 5, 2021 By Maryse Leave a CommentKrista needs our book help! Ahhhhh I love the sound of this. A secret crush, and he goes out of his way to just catch a glimpse and OMG MY HEART!!!Sh...
View Comments

Jana Aston's Wrong? He's a gynecologist who stops for coffee due to being re-routed for construction. She's a barista and meets him again when she goes in for a check up.