X
You are here: Home / My Book Reviews / Alternative / Book Review – The Siren by Tiffany Reisz

The Siren: The Original Sinners Book 1
I actually read this book a few weeks ago, but was at a loss. I took immediate notes but had to take a step back before reviewing. Such a great book, exquisitely detailed, thought provoking and yet… I was left on the outside of it for the most part. Melancholy. That’s what I was feeling once I hit the end. Just… off. No worries, though as it appears there is more to come with this series, so… you know. It’s not over ’til it’s over. Now, that’s not to say that the end is or isn’t a “happy” one… just that I know there is SO much more to explore. Much more to come. If you read it (or have read it) you’ll get what I mean.

So we’ll go off my notes for this review. It’s an intricate story and one that will leave you emotionally spent, but I went in thinking this would be more of an alternative romance, and came out of it’s darkness, blinking at the sun wondering where I’d been over the last few days. I was completely out of my element.

It was about so much more then what the synopsis lets on. More then just a story about a famous outgoing and quirky erotica writer having to work with a hard-ass (yet gorgeous, but of course!) editor.

Some days Zack hated his job. The actual editing he loved, taking a novel with pretensions of greatness and actually making it great. But the politics he hated, the budget crisis, having to let a brilliant midlister go to make room for a better-selling hack…

And now here he was, hauling his arse into Connecticut to meet some loony smut writer who’d somehow convinced one of the most respected lions in publishing that she deserved one of the bed editors in literary fiction. Yes, some days he hated his job. Today he felt quite certain it hated him back.

More, because Nora has so many layers to her. Sweet, funny gorgeous and outgoing. Highly sexual. Determined, disciplined and talented. But equally… sad. And broken. Experiencing love and loneliness on all sorts of levels. Seeming so lost despite her apparent absolute control and independence. So insecure despite her hugely successful career.

“Ms. Sutherlin, you’re obviously emotionally involved in your book. That’s fine for writing, but editing a book you love hurts.”

“I like doing things that hurt.” She gave him a Chesire grin.

So so very clever in how her current novel seems to parallel a chapter in her own life. She is writing her latest novel, as it depicts a relationship between a “vanilla” female and a “Dom”, and it kept me guessing as to who’s relationship she was describing. I assumed she was one of the main characters, but who was the other? There are currently three men in her life, and we get to know each one. How I envision them? Symbolically (because this is not paranormal)… the devil himself, an angel (I adored him) and a human.

Soren had made her strong and for that she’d be forever grateful. And Zach was making her a real writer, which was the one fantasy Soren could never make come true for her. And Wesley… she looked down at the empty wineglass and quickly refilled it in his honor – Wesley was just making her crazy.

And where it all went (her novel that she was writing) and her own life as we lived it with her, actually surprised me. She is so lonely, so confused, so tormented and torn between the three that her heart can’t seem to find itself, or believe in it’s worth.

But make no mistake… this isn’t a romance novel at all. I had no idea where it was going… and still don’t know. I’m just so confused by it, as a whole, that I no longer have any idea what love is, at least in her world.

“It’s not violence,” she tried to tell him. “It’s love. Some love only comes out after dark, Wes.”

“Not with me, Nora. Don’t pull that writer romance crap on me. He beats you and you let him. And if this is love then he shouldn’t love you anymore,” Wesley had said on his way to the front for, his clothes in a duffel bag and his guitar case across his back.

What was described as her biggest heartbreak, her only love? Soren.

Even eternity in Hell was no Hell if he was there.

That was the abuse I was referring to. Mental mind games, much more than just a lifestyle and a what we’ve come to understand as a positive personal choice amongst consenting adults.

He didn’t always beat her until she cried. She learned to love and fear those nights he did. He saved her pain, counted it out like currency and the more pain she endured, the more pleasure she could buy with it.

Nora seems so broken that she almost seems to be punishing herself with the only one she thinks she truly loves (or that could truly love her). Takes the punishment as if she deserves it. As IF it is her. But you know… maybe my own perception isn’t as accurate as I want it to be. Perhaps I am blind to another side of the story… a little something that was hinted at… *shakes head* Nope. I refuse to believe it. Mind games. Definitely. And apparently even aimed right at the reader, if I’m already second guessing my perception.

Good motto but in this case… not so much respected.

Broken. All of them. Some more deeply then others. So much love and yet so alone., but her more then most.

Amazing writing, though. Amazing. But I’m so despondent right now and I don’t even know if that was the intended reaction by the author. Long slow read, sometimes too slow, I’d find myself irritated but I just had to know where this was going. I put it down, but was always happy to pick it right back up. As a whole, while there is “love”, there was more turmoil, introspection, feelings of unworthiness leading to character growth, then of romantic intensity. But like the main characters repeats, this is a love story, not a romance.

“Why does it end? You seem like an optimist to me, but the end is heartrending. The last thing she wants to do is leave him, and yet in the end she goes.”

Nora left her chair and went to the kitchen cabinet by the refrigerator.

“I’m no optimist,” she said as she opened the cabinet door. “I’m just a realist who smiles too much.”

Writing is 5 stars, story is 4 stars but overall I just felt 3.5 stars on this one. Dunno why? It is what it is, feeling wise, for me. I suppose I’m too much of a hopeless romantic, and this one left me in a lurch. Too dark for me to happily recommend yet amazingly (and terrifyingly) beautiful and detailed in its own way. Makes you think, but I don’t know what I’m thinking about. Well I do. But I can’t tell you ’cause that would be spoilerish. 😉 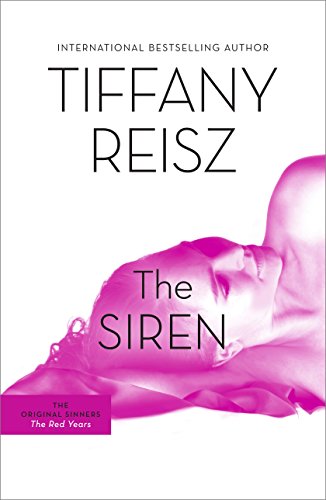 Maryse, I’m not sure if you’ve already done this, but would it be possible for you to compile a list of books that are 50 Shades of Grey like? I’m just really getting
into those and I already know I will need more! Sorry to ask, but you are my book guru! I’m going to add this one to my TBR now.

Janie, if you look to the right under recommendations, the What To Read After Beautiful Disaster- really starts with BD, goes onto Fifty, and all things people thing compare.

Don’t be fooled by some Facebook groups claiming to have books, most are just authors trying to sell their own stuff!

Oh awesome! Thanks so much!

I’m making one… Ive started it a month or so ago, but this is definitely a harder list to make.

However, I believe the few books I have on there are a good start and I shall be publishing shortly.

I started reading the first few chapters from the author’s website and then knew this story was ringing a bell~ from your review! I can completely see what you mean now! Wow. The writing truly is amazing and yet I’m not sure I can handle a whole book (or 8 book series!) of this torture!
Sigh. I probably am going to have to find out what happens to these characters though. 🙂 Do you think you will read the entire series?

Hrmmm… I think yes. I’m hoping the author will open up a bit on the romance aspect in future installments (even if it is a “darker” version of it).