X
You are here: Home / Behind The Books / Book Review – Afterburn by Sylvia Day + a video interview with the author!

A deliciously rich “reading-snack” that was short-ish, sure… but it had plenty of steam and romance to indulge and entertain me. My perfect bedtime read! And yes, there will be a book #2 (sort of a cliffhanger on this one) but nothing too crazy. Just enough of a *something* that had me chuckling wickedly when I reached the end. ‘Cause book #2 will lead us into phase #2 of this woman’s very determined personal goals.

Jax thought he knew Gianna, once upon a time, but Gianna is all grown up, and I think he’s met his match.

Paybacks were a bitch. So was I, when the situation called for it.

Gianna, a determined and skilled restaurant super-manager is hired by a leading “restauranteur” (actually MUCH bigger than that) and heads a huge (and fun sounding) project of contracted chefs and dueling menus. But when she comes face to face with the opposing team’s “funder”, who just so happens to be the man that once obliterated her heart, her laser-sharp focus is put to the test.

I reached for my water glass with a shaking hand, praying he wouldn’t recognize me as the girl who’d once fallen hopelessly in love with him. I didn’t look the same. I wasn’t the same.

No longer the naive girl she once was (a broken heart will do that to you), she’s thrown herself into her career. But four years later, not only is she having to face the man that almost destroyed her, she’s having to compete against him too.

It was a tough pill to swallow, realizing he affected me so strongly.

Add to that fact that “Jax” is back to relentlessly pursuing her (as well as pursuing her chef candidates – ’cause don’t forget… he’s on the opposing team), well let’s just say that things might get ugly. AND sexy. And then ugly again. 😉

“You could never hide from me, Gia. I’d recognize you blindfolded.”

But you know… as she gets to know him a little better the second time around, she’s starting to notice things she completely missed when she was in a “love fog”. And while Jackson may be the ruthless wealthy tycoon from an equally ruthless wealthy family that she has pegged him for, there just might be more to his story…

My eyes closed against the pain of hearing those word from his lips. “If that’s true, you didn’t know me at all.”

Yep. This man (expert at wooing ;)) is determined to woo his ex-conquest, while that conquest is determined to keep her head straight, and her heart out of it, this time around. Navigating a world of finicky chefs, sneaky competition and her sexy, yet ruthless ex-heartbreaker is putting Gia’s personal strength to the test.

I felt like a clown fish swimming with the sharks, in way over my head.

I’ll let you enjoy the rest. 🙂

Now… wanna see the video interview I had with her on Friday? This was soooo exciting for me (and a bit nerve-wracking) but Sylvia was just wonderful! She discusses her latest book release (along with a hint at what’s to come) and lets us into a few tidbits regarding her upcoming Crossfire TV series! It’s gonna be steamy, guys!!!! Woooooooohoooooo!!! 😀 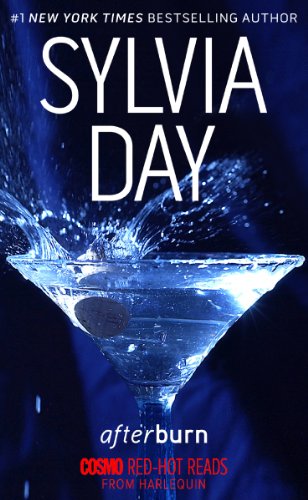 So exciting. Jeez I would have been a nervous wreck Maryse, but as usual you rocked it!

Oh my GOD Kirsten I totally was a nervous wreck. I agonized for two hours after trying to remember what I said (and cringing at what I thought I said). LOL!!!

But did you see how easy-going she is? Sooooo cool. I mean, even at Book Bash she was awesome, so I shouldn’t have been so concerned, but you know me… 😉

I loved this interview. It was so relaxing & easy flowing. It took me back to Book Bash…. And for those that don’t know, these 2 are just as sweet in person. Sylvia is a doll & Maryse a sweetie pie who gives the best hugs. I hope to make it out to BB2014 & see you both again. 🙂 <3

Oh YAY Marilyn, I’m so glad you’re coming back!! And I will totally hug you again. I lovvvvve hugs!!! 😀

Great interview Maryse!! I can totally see how nerve racking that type of one on one with limited time must feel. Sylvia Day is sooo talented in her writing and especially with Gideon and Ava’s story. Makes me envious of such talent. Would love to be able to have characters come to me in such a way that I just have to type fast enough!!! Love it.;) xoox

LOL!! I loved that little tidbit. She can sure write intensity and I’m glad they’re in her head.

Awesome interview Maryse! You did such a great job! 🙂

Fun interview. She’s so chill. Loved the little insights about the development of the Crossfire series. Glad to hear the production team is really trying to understand and portray the intensity and the layers of the relationship between Gideon and Ava. Sylvia is such a talented story teller and she makes it sound so easy. Just keep ’em coming Sylvia! (Totally referring to the stories! What were you thinking?)

i loved the review 🙂 But the book was so short and ended with a big question mark!