X
You are here: Home / My Book Reviews / Book Review – Around The Bend by Britney King

Around The Bend
Recent release from last week, with a blurb that had my attention. A woman with a seemingly perfect life that was privately unraveling. And then publicly. I was dying to know what secrets she was spilling…  and this?

“…what if along the way, as we were spilling those secrets, we realized that things aren’t always what they seem and with that knowledge, it changed the whole story?”

WHOA! I had to know more!

Nikki: Around the Bend by Britney King is amazing! I finished it in one night!!! My favorite book by her yet!!

Samantha: This book is AMAZING!!!! This is a tissue grabbing, emotional and inspiring read!!!

Heather: This one was an emotional journey. Great books make the reader feel like they are apart of the journey and that’s exactly what Around The Bend does.

And I must say, I agree. Absolutely gorgeously written, detailing the story of a woman on a downward spiral (not necessarily of her own making) and that of a man trying to catch her.

He lowered his voice and spoke clearly, calmly – as though he were trying to talk her down from a ledge that she wasn’t even aware she was hanging from. Jess knew better. She’d already fallen.

WOW right??!!! I was SO IN! And I could already see this as a movie. The intro to this story? So easy to get into right from the start. That heart wrenching beginning… her internal dialogue, she was so lost… it was so beautifully devastating. I was hooked.

However, every juicy storyline expectation I had going in (yep, I already had decided upon a plot and what those secrets must have been) proved to be 100% inaccurate on my part. In fact, it was not near as sordid, and as shameful as I thought it would be, considering that blurb.

Sure, she was unraveling, sure she had some serious issues to overcome, some mountains to climb, and some bridges to mend, but I quickly realized, this wasn’t her fault. Not of her own choosing. Meaning, you’re going to sympathize with her. Sure, there was much personal growth and healing involved, but I promise you, you’ll not hate this character. You’ll root for her!

Jessica and Spencer are wealthy and well… she’s a socialite of sorts. Raised by a rich family, coming into the marriage with a big inheritance. Seemingly happily married to a workaholic, jet-setting husband. They seem to have it all. Two kids, maids, cooks, butlers, nannies, socialite friends that she “lunches” with while he’s at work, you know the drill. 😉

But they have a terrible car accident, and Jessica is nearly killed in the process. Barely surviving, terribly injured and surrendering to months of hospital time, and physical therapy. All the while, feeling so alone as her husband continues to be away on business.

And that’s when her whole life changes. Severe pain and loneliness and fear of losing her “spot” in her socialite group have Jessica turning to pain medication and alcohol to cope.

Had she been sober, she might have the right mind to be angry, or to be hurt, or even devastated as she rightfully should’ve been. Instead she found she was indifferent.

“Well… sayonara. And here’s to you.” She raised her glass, then threw her head back and laughed. The man she’d loved for the past decade was, for the most part, walking out on her at a time when she clearly, really, really needed him, and she found it funny. That’s how much trouble she was in. And Jess didn’t even have the good sense to know it.

And that’s where I’ll leave you. There ARE tons of secrets to be revealed, and there just might be that hero in disguise. 😉 However, don’t get too comfy. This one will throw you for a loop. A few times.

I really liked it. I especially loved the writing and the very personal “feel” of Jessica. When we were seeing life through her eyes, that was my favorite. However, I did find many situations, heartaches and experiences that could have really provided even more depth to this already seemingly “deep” story were glossed over. Everything was there, but only enough to tell the story, and not enough for me to feel it deep inside. To be crushed with her, excited with her, in love with her, despondent with her. And I realize now, that this story being only 196 pages would likely account for that “lack”, for me.

SO much potential here, but just not enough personal detail, depth and intensity for me to want to scream about this one from the rooftops. There were too many missed opportunities. However, that said, the letters… all of the letters… *sob*. LOVED!!! The growth. LOVED!!!

And a little er… *something* else? Not so loved, but I could definitely appreciate. Life is what it is and you (me, you, him, her) we are the only ones that can determine our own outcome. But it always helps to have a little help from our friends. 😉

“Here, let me,” he said taking the shoes from her hands and bending down to slip them on her feet. She raised her brow. “You’re like a regular ol’ boy scout. All prepared and everything.”

Myles glanced up and saw the way she was looking at him, a surprised expression upon her face. “Something like that.”

He stood and smoothed her dress a little. “But, honey, you’re no Cinderella.”

Good stuff for sure, and I will be checking out this authors’ other books (I’ve heard great things about her book Bedrock). Write another one, Britney!! But make it longer this time. Let us LIVE it (and every emotion, especially the hard ones) in it’s entirety. There was a part or two where I should have been made to suffer. But I didn’t cry… and I know I *should* have, you know? 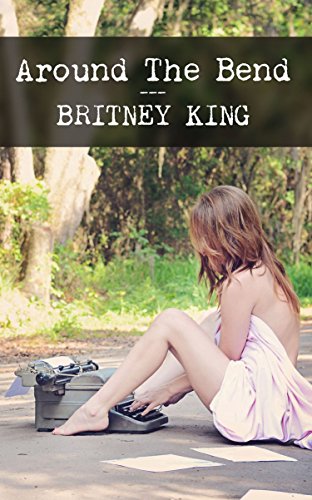 I absolutely loved this book. The story keeps you hooked and is very well written.

This book was so good!! I loved how she was able to take such a hard subject and present it in a beautifully written book. This is the 4th book from her and she keeps getting better!