Atheists Who Kneel and Pray: a romance novel
Tarryn Fisher’s writing style and voice is absolutely glowing here. And I must say… thank goodness (because it was EVERYTHING I was hoping it would be, and not at all, what I was expecting). What does that even mean?

Well, at first, I was bit leery of the whole “she’s a muse” concept. Muses are perfect, untouchable, and coveted, and… aloof. That doesn’t usually entice me. I tend to find those kinds of stories (with a an almost sociopathically detached heroine) that just continues moving on, man after man, breaking hearts walking into the sunset onto her next “life” with a satisfied grin on her face… I dunno. *shrug* Just not for me. That is, unless she’s some kind of bad-ass vigilante, or serial killer. Those are fun reads. 😉 *snort*

But this is Tarryn Fisher we’re talking about, and

Amy: By the way Maryse, how is Atheists? Is it full-on TF or TF lite?

Maryse: Amy so far I love it. I’m a quarter in, and I love how the heroine thinks. And so far it’s strictly from her POV so she’s really questioning… everything. YES. It’s full on Tarryn Fisher, kind of dark humor and strength and seriously hidden vulnerability, but so far, definitely romance. Or… a love story.

Amy: Have I said lately how much I love Tarryn Fisher’s writing? Well, I do. As in love it so much I want to fold it up in neat little square and swallow it (those who read Mud Vein will get that

). That woman. THAT WOMAN. Her writing is so matter of fact and raw and REAL. Her h’s are always a mess and I love them for it. I. Am. So. Hooked…again H

Maryse: . I just finished Tarryn Fisher’s “Atheists Who Kneel and Pray” and it was awesome. It made me cry but at a part that I didn’t expect to cry over. LOVE HER.

Amy: Why am I awake? Because Tarryn Fisher is killing me with Atheists!!! I have to get up in 5 hours but I feel like if I stop reading now then the story will continue on without me and I’ll miss something. But I’m a-scared to keep reading because of the tension and angst…I (like Yara) wasn’t supposed to fall for David, dammit!! Then I read Maryse’s comment that she cried from it. CRIED. From a TF book. *throws up hands* I’m screwed. I swear…first-world book lovers’ problems.

This love story, while not as dark, and thrillery as some of her latest ones, still has that raw, introspective edge to it that will have you connecting with the main characters, even if you don’t approve of their decisions, or… even like them at all.

In fact, you may fight your connection to her, kicking and screaming the whole read through (oh she will have you fuming at times), but I dare you to not relate to her on some very personal level. In fact, my heart broke with hers, and I truly felt so much of her jealous tension. You’ll see. I got it. I “got” her.

P.S. When it comes to the hero, what’s not to like? He’s… pretty much awesome. *sigh* That poor, tortured man. That said, you’ll see him through her eyes, and you’ll likely feel that painful dread, too. Angsty, you ask? OH HECK YES!!! This is one angsty, emotionally exhausting, and yet… totally fulfilling book.

England-born Yara is… finding herself. Or maybe just living. Or trying to live. She needs to feel that constant hum of USA’s largest cities to feel alive, but she refuses to stay in one place for too long. She moves, and moves… and moves. She makes occasional friends, slight boyfriends, but never stays long enough to get attached. Or… to get hurt.

She doesn’t even flinch if she leaves a wake in her path.

Once she hits Seattle, she meets a unabashedly flirty, local up-and-coming musician (David) that at first she resists (even though he certainly persists)…

He had a look I’d come to familiarize with Seattle: honest eyes, a beanie, plaid. Personally, I liked a little more structure around men, maybe in the form of a business suit. But, the more you looked at the guy, the more attractive he became. I stopped looking.

…but that soon truly warms her heart in a way she does NOT want. He’s wide open. Especially with his heart.

I hated that I smiled. That he could turn my jabs into something endearing.

Sure she comes off cold and aloof,

He’d left a scrap of paper under his plate, his number on it. For Yara, it said. My muse.

I threw it away. No. Nope. Not happening, Lisey. A$$hole haircut or not. Cut arms or not. Magical singing voice or not. The men I’d been with had been cloying in their need for me. They wanted and expected and it drained me until there was nothing to do but leave. It was entirely one-sided, but none of them ever thought that. That was the thing about artists, they didn’t often think of you.

…but inside, her insecurities are raging and her curiosity is getting the best of her, and she can’t help but let herself be taken away by the tide, just to see where it spits her out.

I prepared my face, arranged it so that I looked bored. No big deal, men are whatevs. It was awful to be this person, so jammed up with bad experiences you couldn’t let anyone see your real face.

She gasps (and retaliates) in fear every once in awhile,

We spend so much time pretending nothing can touch us that men have actually started to believe it.

but mostly… she’s floating and at peace. Mostly. BUT. Yara, beautiful, intelligent, independent and easily adaptable has some serious personal, and emotional issues. When normal-life “hiccups” make her feel a little too deeply,

I wanted to reach out and yank her fairy hair until she screamed from the pain. Stop talking to my boyfriend about art, you c#nt.

she turns life into a turbulent whirlpool. And everyone is sucked in.
So gooooooood (especially if you’re into this kind of personal drama)!!
Exasperating, exhausting, yet exciting and enriching (as is all of Tarryn’s writing, if you ask me). So much is explored AND revealed when it comes to the human psyche, and THAT is why I love this author so much. So far from perfect, are her beautiful characters. So flawed, and yet so much like us, we can see ourselves perfectly in them. All of us… in some way at least. Even if we do keep that part of ourselves, a secret.

Remember how much we loved “The Opportunist”? Remember how they caused themselves, and each other, SO MUCH hurt and turmoil, and their reactions or lack of action altogether would frustrate us to no end? We needed relief from the rollercoaster ride, and yet, we didn’t really want to get off of it, did we? It was just so addicting.

Total guilty-pleasure of bad decisions (albeit NOT necessarily out of “badness”) and painful consequences.

This is one of those. 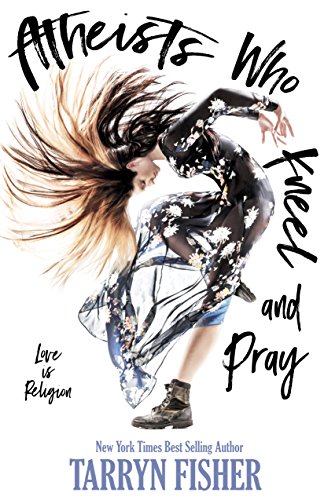 Exactly, my friend. EXACTLY. All of it. Every word. Yes, yes, and YES.
I’m at 70% and wanted to wait to read your review, but I HAD to know if I was alone in the turmoil I’m feeling. And nope, you felt it all as well.
I’m splotchy, my tummy is twisted up, my heart is clenching, and I’m feeling BOTH of their emotions right now. Soooooo…looks like you need to update the Marmy list. 😉

Sobbing bittersweet tears here.
Sobbing.
More sweet than bitter, but still…sobbing.
And I’m emotionally drained yet feel full at the same time. Wow. Score another one for TF for making me feel something different than she has before. 😉

Maybe the Marmy list should be revised and broken into sections: Marmy and Gentle Marmy.
Then some won’t be as scared of trying them out. 😀

Awwww, heart!!
Or how about HEARTS…49 to be exact.
Aaaaaaaaand now I’m gonna cry again…

Yay! So glad you enjoyed it! I LOVE everything Tarryn writes and this book is my fave of hers to date ❤️

Gentle Marmy…..*snort*
I don’t know why but that is reading as dirty.
And scary.

I LOVED it-I Hated it !!!! I cried and I laughed !!! This is what an EXCELLENT author does … Unbelievable story – I do not want to give anything away – but this kind of story just slapped me silly….one of the craziest and BEST Love story I have ever read.. So so glad I am not alone in how this book affected me…MARYSE your reviews ROCK !♥️

YAY Kim!!!! LOL! Thank you for letting me know you loved it too. Now THAT was some serious romance angst! *hug*