Broken Girl
With that gorgeous cover, rousing title, and a synopsis that absolutely gave me a *jolt*,

“He becomes the constant I’ve never had and the only man I’ll ever trust. There is nothing simple about falling in love when you’re keeping a secret like mine.“

I was anticipating everything this one promises. Personal angst, growth, and that inherent drama that we all crave in our potential love stories. I was intrigued.

So when the author sent me a review copy, I jumped in. And I enjoyed it!

Emotionally dark, and at times, deeply disturbing, we meet Rose at one of the darkest periods of her life. It starts out dark, and stays that way throughout, but blesses us with periods of heartwarming dialogue, interactions and that hopeful light at the end of the tunnel. This story weaves the reader in and out of the heroine’s downward spiral (past and present), through her POV (yay me! I loved that) but with a slow and steady progression to budding love, life and happiness again.

Anne: Finished Broken Girl and really liked it! It was gut-wrenching at times and not an easy story to read, but in the end its about redemption and the power of love. 4 stars for me.

That is, if Rose can possibly trust anyone enough to allow herself to live again. To trust herself and her own true worth and goodness despite what the monsters in her life have told her. Despite the abuse they have inflicted on her. Lifelong conditioning, disappointments and poor circumstances are hard to break through.

I guess life goes on, even when it was being torn to pieces.

Rose comes from a horrible childhood, and her adulthood does not prove any better for her. Trying to save enough money to get her out of her downward spiral, and make a life for herself, she begins her new adult life by becoming a street prostitute. Exceptionally beautiful, she has no problem raking in the money, but with this money comes incredible danger, degrading treatment, and solitary existence.

I used to think there’d be a time when the life that had sparked behind my eyes would return. Come to find out that was wishful thinking, dreams of a little girl who thought the world cared. It was a mistake I’d never let happen again.

Somewhat hardened and yet still quite naive, she fell deeply in love with one of her “Johns” (that actually treated her wonderfully, considering… you know, the “relationship”), but was distraught when what she was expecting wasn’t exactly what he was offering.

…when it came to him, my heart played along as he consumed my mind completely. Mr. C had something over me; it was a dark force that kept me clinging to the belief that I was someone important to him.

Promising herself to never become that vulnerable again.

I didn’t want to invest in someone who was just gonna break my heart. I wasn’t ready to make lunch dates with nice guys, and my ability to express any emotion beyond my survival mode became the façade donned for self-preservation. I didn’t want to feel any more of that pain. The best way to avoid the heartache … don’t go chasing after it. Keep it where it belonged … neatly packed in a suitcase, waiting for anyone but me to pick it up.

Her attempt at controlling her body and her choices, and making her own rules only continues to destroy her spirit. But she does have a few people that she trusts. Her roommate and best friend (also a prostitute), and a “protector/doctor” of sorts that helps the hookers in need. Oh. And… one haphazard encounter with a sweet and handsome laundromat manager, that is absolutely enamored with her. But he doesn’t know what she does for a living, and she keeps her walls up high.

Even if this moment moved beyond flirting into something more, how in the hell was I going to make something like this work? The minute he finds out I’m a prostitute, it’s over.

I might as well save face and move on. Nothing but a f**ked up situation destined to end up like every other relationship I’d tried to become invested in.

And I’ll let you uncover the rest. Her journey runs the gamut of harrowing, sweet, heart-wrenching, soul-searching and hopeful.

For those wanting to uncover the rest of the story without further “spoilers” from me, please stop reading the review here, as I analyze my own experience of the book. I don’t spoil anything big, per se, but I do detail more below.

I liked it, but I was able to put it down (except for one big moment in the book that was so amazingly written and tore my heart out – such realism, and nothing eye-rolling. Just pure worry, terror, and honest despondency).

My voice cracked as I curled up and let every last thing that had ever broken me flood my existence. Every breach of trust, every second of pain scorched into my soul by strangers and people I thought loved me.

For the most part, her journey didn’t completely capture my rapt attention. I struggled with the extra-sweet smitten manager (oh he was a sweet, but to me, overly so…) and I struggled with how quickly feelings were reached (and revealed) considering such a minimal amount of interaction.

Had they become friends, and really hung out a ton (and the reader reveling in their platonic interactions with them) and had they gotten to know each other (except for the secret – ooooooh that secret reveal would have been GOOD!!!) then I believe I may have developed an intense longing for the two to finally be together, overcoming all odds. A nice slow burn would have worked wonders. Oh, don’t get me wrong, it’s slow in other ways with them, but I never felt that delightful burn. The “getting attached” happened too quickly… and even too lightly, without any real drama (at least between THEM) to have me hooked.

And well… Rose. No matter who it was, the dialogue and actions consisted frequently of Rose pulling away, resisting, struggling, cursing and spitting at everyone that wanted to care for her, like a feral cat. Over and over and over again. And I get that, too (considering her past traumas). But it’s consistent throughout the book, and I eventually found myself skimming these scenes.

Also, there was a client that seemed like he could have a TON to do with this story. Perhaps even throwing in a second monkey-wrench into her personal dilemma, and while that part of the story was also very intense…

Is this nameless man going to be the one to finally give me the moment of true reprieve that I’ve been searching for my entire life? Heal me with the words rolling across the tip of his tongue, sewn effortlessly into every fiber of my being. I ache to have him steal my breath and slay my demons.

… it was just… dropped. A memory that only served to show us why she was anti-falling in love.

A reminder that Prince Charming didn’t exist in my world because there was nobody willing to invest anything more than money to f**k me.

I get it. But there was so much potential there.

But you know what? I realized this just wasn’t that kind of story. It wasn’t about thrills and chills, shocking revelations, or uber-romance rip-your-heart-out angst. It was about her personal journey out of hell, into immeasurable happiness and peace. And if that’s what you’re looking for, this book just might be for you! 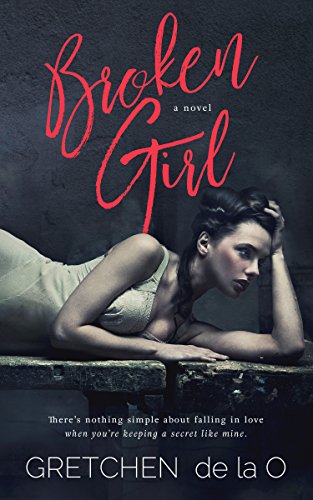