Center Mass (Code 11- KPD SWAT)
I was SO in the mood for a cop-in-uniform book but I didn’t want to “be the cop” you know? I didn’t feel like reading a book where we followed the detective around and tried to solve a crime (not that those aren’t great reads in their own right) but I wanted romance and I wanted to be the girl.

I just wanted to be the girl crushing on the cop. And I wanted him to be a cop in uniform. Regular police uniform, or full SWAT regalia. That was fine with me, as long as I got to be “her” for a bit, crushing on the bigger-than-life (oh and this one totally is!!) hero.

And I’d been hearing how awesome Lani’s books are (even hearing along the lines of a KA feel), but had never sampled her heroes yet. 😉 Heroes, but with a side of sexy bad-boy, nonetheless. Like this one. Hulking in massive size and persona, leader of his crew (just under the chief-of-police), and much-feared and revered. And yet a total teddy-bear to his tiny daughter. Oh did I forget to mention he’s a single father? 😉

A typical male in all respects. Leaves his stuff lying everywhere, has too many socks ’cause he doesn’t like washing them, and no-nonsense in every respect. Even his poor (albeit much-loved) adorable daughter didn’t have a frill or bow, or sugary-treat to her name.

I know that it’s not healthy, but come on, a child has to live!

I snorted. The man was a cop for god’s sake! He couldn’t be that naïve.

‘Cause you know. Men.

They don’t get it.

And Reese is a nurse, has her own young daughter and is having to deal with her miserable ex that left her hanging to deal with their child on her own. And how do sexy-cop Luke and Reese meet? When she ends up having to treat his daughter in school. He comes roaring in, steals his tiny daughter away to make sure she’s okay, but can’t get sexy nurse Reese (and her speeding away in HOT-ROD car in FRONT OF A COP) off his mind. 😉

“She’s breaking about eighteen laws right now,” I said to Downy, tucking the card back into my pocket.

“Yeah, but she’s f**king hot doing it. I’d let her off with a warning,” Downy grinned before walking to his cruiser and pulling out of the parking lot.

Except as in all cop stories, there are some bad guys. So while we DO get to fawn over the sexy cop (and giggle over some of his calls),

I’d been at the stoplight in my SUV cruiser at Stone Road and 259 when I’d looked down at the car next to me. What I’d gotten was an eyeful of ball sack.

Pinching the bridge of my nose, I waited for the light to turn green, then immediately pulled him over.

The man had been pleasant at first, but I figured the man had to have some sort of short term memory loss, because the next thing I knew, he was running down the street naked.

Which had caught the attention of Downy in a police cruiser of his own.

Now, I knew exactly what was going to happen the moment I realized who it was that was pulling up. Did he help? No. Did he watch and laugh? Yes, his ass off.

But!!! There is someone out to hurt Reese, and Luke finds himself in the middle of it. In all respects, considering he’s a cop, and he really likes her.

Was I able to put it down? Well… yes. I enjoyed it overall (even though I found its “start” to be a slightly bumpy ride, reading/writing wise. I liked… but I wondered if I could connect? But eventually I got used to the writing style, or maybe it found its own rhythm and I was in! There was some angst (his gorgeous ex is still mooning over him and kept showing up.. in fact there was an “OH NO HE DIDN’T!!”

moment that I just loved to hate).

“I just wanted you to know that I would love to have you there, but it’d be better if you weren’t,” he said slowly.

And of course there are some questions in regards to Reese’s ex. And his new girl. And well… I’ll let y’all uncover the rest. It does get crazy… a little far-fetched even (once everything is revealed I was all… whaaaaaa??

Cool… but whaaaaaaaa? For REALS?), but whatever. It’s a cop book. There has to be crazies! And it has to get crazy, right?

But what did it for me is I got to be her, I didn’t have to solve crimes, and I got to stare at a hottie cop in his bad-assedness. Good enough for me! Did it have the KA feel? Why yes… not as intense, mind you. But I saw it. Felt it. It did. Not my 5-star KA love, but if you’re looking for more like that, I’d definitely say this for a fun afternoon read. 😀 Will I read more? You bet!

P.S. I LOVED THE EPILOGUE!!!!!! Amazing and SO real and sooooooooo sweet and weird and perfect. The letters. *sigh* and *grrrrrrrrrr!!!*

P.P.S. I have to admire the cover, somewhat, because… come on, right? *waggles eyebrows* But then again, do cops really go around pulling up their shirt halfway like that looking all moody-like? *snort* TEE HEEEEEE!! Oh come on. It’s funny!!!! 😛 And to be honest? There’s no way bad-ass cop Luke would DARE be er… *blink blink* enough to do this. Yet… I stare. 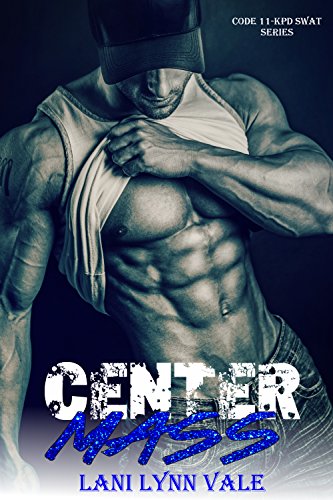 In the mood for cop in uniform? Well, have you read Jacked, by Tina Rieber? OMG. Loved it. Seriously. Highly recommend that one!!!

YES!!! Thank you for reminding me MichelleS! I love her books, and Sherry loved it. 🙂 I need to make a cops-in-uniform list. 😉

I’m adding this one and Jacked to my tbr!