Compulsive (Liar Duet Book 1)
I remember when this book was released last year… the blurb had me so excited. A heroine that was a compulsive liar? PLUS this one was touted as having a touch of taboo? You know it… it had my attention.

“I eat, sleep, and drink lies. I bathe in deceit. At one point in my life, I might not have recognized the truth if it bent me over and slapped me on the ass. And sometimes, the chaos that is my life gets me in a whole hell of a lot of trouble. I was a master at keeping it all locked up inside me…until I met Dr. Daniel Harrison.”

Sounded like it could be titillating and I kept it on the back burner simmering until I was ready. After a few recommendations I decided it was time. An impromptu move right up my TBR list to must-read-now!

And it was good. Articulately written, with a deep, emotional (and at times, incredibly moving) backstory that is slowly revealed to us until it hits that *oomph* moment that had my heart. The heroine, having lived through “it” is still profoundly suffering, and therefore has developed a coping mechanism where she… lies. To everyone.

Oh sure, she lets some of ’em into her life, but never into her heart. Perhaps to hold them at arms length? To keep them from knowing her. To keep from knowing them? Losing them?

Of course, she does have an entourage that gives a little more substance and texture to her life. There are a precious few that she does accept into her “emotional personal space”. Her best friend from AA and a teenage neighbor that she’s developed an almost protective motherly affection for, and some family members.

Four years of this sh!t between us. If we were too broken to have real relationships with other people, how could we possibly have thought we could maintain one between us? No matter what this was. Yet through it all, Nathan and I had always clung to each other like life preservers.

There’s plenty to explore, especially when she seeks out a particular therapist, and finally… FINALLY lets someone into the “real” her. The attraction between the two however, becomes an obstacle, and they eventually begin crossing a line that should not be crossed.

I was intent on becoming one with her. Bracing for whatever it was that lead her down this path of emotional self-destruction. I wanted to be HER, on her personal journey of self-discovery. Realizing the potential to forgive herself, and others. Yet, I felt as if I never really connected with the characters at all (main or otherwise). Other than that *oomph* reveal that had my heart in two (I mean… who couldn’t be moved by something that agonizing?).

Maryse: WHOA. Now we’re talkin’!!!! I hate the circumstance… but I can connect

Sherry: I have that part highlighted! ! That broke me 🙁

Maryse: yeah… this is much more real to me now

Maryse: it’s devastating for sure.

So amazingly written and absolutely heartbreaking.

I’d been cut off at the knees by a reality I hadn’t yet understood.

I get why she’s who she is… and so, despite my occasional impassivity, I forged on. I just couldn’t give up on something that was so well written and “on paper” had so much essence. A heartbreaking story, with substantial characters, healing, growth… love.

But I never fully became one with her, or her plight, and worse yet, I experienced her potential love story as an observer rather than becoming her, and feeling all of the highs and lows she was going through.  I put it down too many times and never really gained that momentum that I crave when I’m reading. 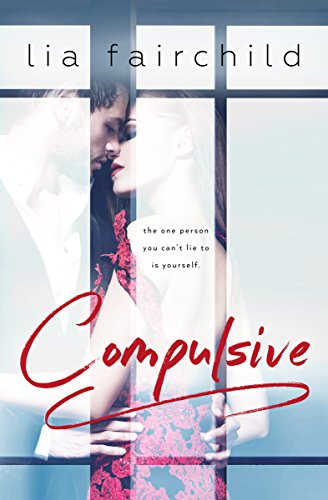 Thank you again for reading Compulsive and posting this review. I appreciate it so much. You’re a wonderful supporter of indie authors and I’ve enjoyed your posts and blog very much over the years.