Dark Fire (The ‘Dark’ Carpathian Book 6)
I decided to go “old school” this weekend, and pulled out something that I knew was going to be an easy, quick, and romantically satisfying read. This one’s going to be a quick review, because after book #4, when it comes to this series, it’s essentially pretty much the same story over and over again,

That said, I am still utterly compelled to read each one. Of course, not all in a row. That would be maddening. I will say that I thoroughly enjoyed books one, two and three (and sorta, four, but the repetition was getting to me at that point, and when I was done, I threw it across the room, out of frustration). What I do like about these books is that they almost always involve a human female, and the intensity of the love that the Carpathian make develops for her is just so…amazing, sigh-inducing, heartwarming. It’s just a non-stop deluge of love and passion. If you look at it from a different perspective, however, it’s also quite creepy. If this were a human male acting this way, people would be telling her to RUN! But whatever, he’s an ancient, powerful immortal, and well… just go with it 😉

So “Rusti” (Tempest Trine) goes for a job interview as a mechanic at the “Troubadour’s” latest location to fix their tour vehicles. They are a famous musical group – but also – they are all Carpathians (immortals where the men may turn into evil vampires if they do not find their love of their life).

Rusti is a tiny little red-headed thing with a stubborn streak (and often a little senseless, in her decision process). As she works on the vehicles, Darius, the leader and most powerful of the family, sees her, sees color, and is flooded once again with emotion. She is his lifemate. He walks right up to her, introduces himself and and pretty much creeps her out by telling her she can never leave. She is his.

Darius reached out and tipped up her chin with two fingers so that he could stare directly into her green eyes. Two fingers. That was all. But it felt as if he had put chains on her, bound them together in some inexplicable manner. She felt the impact of his gaze burning into her, branding her as his.

And the entire book proceeds to show us, just how his she is, and her reaction to it all. Her mind and heart become of two worlds. Her mind insists she leave or constantly oppose him (inciting her to make some crazy decisions constantly putting her in danger, only solidifying his point that she must DO AS HE SAYS and OBEY HIM AT ALL TIMES – insert *eyeroll* here… 🙄 ), and yet her heart knows they are meant for each other.

What you ask is like trying to stop the wind. It is inevitable between us. Accept me. Accept what I am.

There was also a moment between another potential couple (started in the book before this one, and continued into this one), that actually hooked me. They could  have easily stolen the spotlight from the main characters, but as soon as the excitement started, the realization of what was, Ms. Feehan almost seemed to stamp them out. Put them on the backburner. Which is fine if there is something coming…but I hope that Ms. Feehan isn’t going to simply leave them the way she did in this book. They were so interesting to me, and there is much background that I would love for her to expand upon…who they are, and where they go from here. A question for those who have read the entire series yet, you know who I’m talking about? Do we get more of them?

So basically, there’s lots of push and pull in this one, but again, that’s how they all go.

That said, I liked it anyway 😉

And let’s be honest, if Darius was truly as gorgeous, mesmerizing, all-powerful, tender, caring, loving and utterly devoted to her – her life before his ALWAYS, her comfort before his ALWAYS,  as Ms. Feehan insisted he was, would any of us have resisted as hard as that silly Rusti did? It would have been a short book had I been the heroine…Oh no, I did not just admit that. Tee hee!! ‘Kayyyyy I take it back. I would have resisted –sheeeesh 😛 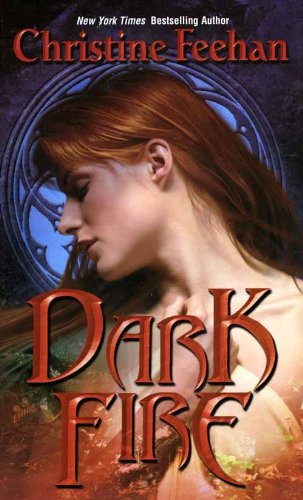 Hi Sweetpea… I loved this review… and how much resistance would you have offered?… that is really the question! LUV U

I really like the series as a whole- and I did read them all back to back, lol. I actually lucked out when I got this book- I ordered it from paperbackswap and the girl sent me a SIGNED copy. She didn’t tell me it was signed so I think maybe she didn’t know or realize it or something but I checked the signature online and it looks authentic to me, lol 🙂

Right now I’m reading “Dark Legend” – I can tell she’s trying to take this one in a new direction…the whole “patient, understanding Carpathian”…suuuurrrre! Can’t wait to see how long his patience runs hehe!

I’ve read all books in series. Yes, the theme is the same for most of them, but a few are such gems that it makes reading the whole series worthwhile.

Hi maryse, its been awhile been out of pocket for awhile but to answer your question? yes actually the couplse has a some good scenes in dark celebration,,,

Yes, agreed. Considering the backstory she gave them, and the fact that they did not specifically get their own book, I think it’s cool the level of importance she ended up giving Syndil. (I may have misspelled that–been years since I read one of Feehan’s books.)