Dark Light (The Dark Light Series)
Brought to my attention recently by many enthusiastic readers and even a few enthusiastic authors (two of them are my favorites), so you KNOW I had to read this.

Tiffany: The Dark Light series is a Must Read!! ♥

Britto: Loved both books!!! Can not wait for the third!!

Julie: Reading the Dark Light Series, into book 2 now, I really like it! The first 20% of book 1 was a little slow then picked up. Anyone know if there’s a third book or is it just these 2?

Kaycee: It will be a trilogy

Maryse’s Book Blog: okay… I just finished #1 last night and really liked it. First half was a bit slow for me but I was way into it for the second half. WAY into it!

Paranormal, YES (back to my roots!), and while I’ve been reading more contemporary romance than paranormal, I was totally in the mood for this. To my delight, the book happens in our world and in our time, with a girl who thought she was human, and had a human upbringing.

I don’t feel supernatural. And there’s never been anything magical about my life, that’s for damn sure. I’ve never been good at anything. Ever. Wouldn’t I exude some kind of extraordinary ability in sports or be able to move things with my mind or something?

Stalker alert! Maybe Jared is right. Maybe Dorian really is a creeper. A ridiculously sexy, alluring, gorgeous creeper that I wouldn’t mind being accosted by in a dark alley.

So the first half? It was good but I could put it down. I wasn’t sucked in wholeheartedly and was somewhat distracted by the main character. I suppose there was just something very “young” about the heroine (she had just turned 20), but, at times, I had an even “younger” feel from her and her entourage. And the fact that it was pretty obvious from the start, where the story was going, and who certain people were. Her life is shrouded in mystery (good vs. evil and maybe not even so black and white). She could be the key…

“… you could very well put an end to all the fighting. Your mother, Natalia, had hoped for that. She wanted there to be peace among the Light and the Dark and wanted you to be that bridge. But it has never been done before. Ever. People fear what they don’t understand.”

… but there’s also something else that she could be.

However, it’s not so convoluted that I couldn’t figure it out early, and was correct all the way through. But I eye-rolled a few times, when the heroine herself appeared oblivious to these very obvious details. Considering what she had just found out, how could she not deduce… other things. Ya know? So yes… a few “Oh COME ON!!” moments from me.

But then… something happened. Once I reached the second half, I read it straight through and was hooked. Ate it right up (despite my occasional eye-rolls). Perhaps I got used to the characters, or writing style, or all of it. Maybe I just clicked and “went with it”. Or perhaps the story just got that much better. I dunno. All I know is that I read it with abandon, completely felt her extreme attraction/addiction to one of the potential heroes (there are two and I’m not sure where it’s going in the grand scheme of things) and I sorta… fell for him, too. Which one is my favorite? Why… the one I think is the bad guy, of course!!! 😉 Tee hee!!

… darkness creeps into his face. The lighthearted, tender moments that we shared today are a distant memory. It’s as if I’m looking at a stranger.

No worries, I’m crushing on the good guy, too (he’s been her best friend all of her life, and she’s been in love with him for just as long), and now I’m very curious as to how this will play out. I have my suspicions. Plus, Dorian’s gorgeous female ummm… “friend” is in the picture and well, I love all of that turmoil! This is going to be quite the “love triangle”.

So yes, I guessed #1 in it’s entirety, but I can’t help but wonder if the author intended it that way. The obviousness of it. And I really got a kick out of a certain character’s own exasperation at the heroine’s naiveté (or obliviousness).

The look Dorian is giving me can only best described as incredulous. It’s as if I’m not getting the punch line to a very obvious joke and he can’t believe how dim I am. Am I missing something?

Okay… sure, we may all “know” but what it comes down to is that, while I may have a few guesses on where it’s going now, I really don’t know what’s going to happen in book #2 & 3. And I’m anxious to find out. 🙂 Plus… I too, fear having developed a slight addiction to Dorian. I need more!

It was an easy read and it certainly entertained me, and any book that makes me want to jump into the next in the series immediately, has done it’s job well! 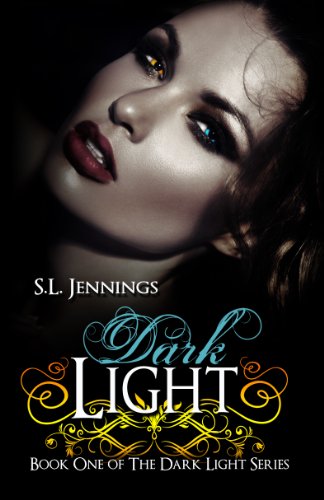 I just started reading this one as well. I hear you on those “eye rolls” in fact just before I read this blog post I was reading (I’m at about 50%) and I was thinking “Jesus girl, how can you not see this??????” I’m curious how I will feel about it in the second half after reading your review. I do like it and paranormal is not my usual type of book but I find myself more engrossed in where the relationship between Dorian and Gabi is going and how will Jared fit into this story……

Great review Maryse. I totally agree. Slow in the beginning but then it just got really good. I was super excited to start the 2nd book right away and it was AWESOME!

Yep the start of #2 is already leaps and bounds over #1. The quality of the writing, the intensity… I’m very happy right now.

Maryse….I eye rolled thru the first book and wanted to throw my iPad I vented to anyone who would listen!!! I read to the end and I was not a happy reader!! Lol! But, I must know what happens I am invested now and I love Dorian!!! So on to book 2 which I just started and so far so good!!

Yes- INTENSE. Great description! The emotions (almost) make you forget about the super natural element because you are so involved in the relationships. I’m still thinking about this book a day after I finished and even considering reading it again- which is rare for me. And we get introduced to another exciting sexy character!

Great review Maryse & 100% agree about the eye rolls, how could she not even SUSPECT? I loved gabs off the bat, but she started to annoy me when she buried here head in the sand. And i think everyone & their cat saw the big twist ending coming!

BUT i think shes a talented writer (and a real sweetheart as well!) so I will definately read book 2. Have it on my kindle but I have so many book 2’s of different series to read I dont know where to start, which world im most eager to get back to

This is series is soooo AMAZING! Loved it and love Dorian! Highly recommend this series! S.L. Jennings is such an terrific writer. She drew me in and I could not put her books down!

I am so happy you are reading this series. S.L. Jennings is amazing. I was a beta reader on TDP. You will not be disappointed in it. I am excited to read your review. I love that this series is getting introduced to so many people. Yay!!