Dark Notes
My interest was piqued when I realized this was a student-teacher romance (although the blurb almost had me expecting a different kind of heroine). A different kind of dynamic between the two main characters.

But I became hooked when I sampled it and immediately experienced a very personal darkness to it. Lots of substance and a writing style that captured me right from the start. I devoured that sample and immediately one-clicked for more, because I just knew… this was not going to be a conniving “teacher-teasing” character. There was so much more to her.

Maryse: I’m reading Dark Notes (that recent student-teacher romance – or… whatever it might end up being) and OMG it is DARK from the start. She goes to a privileged school for the arts, but her home life is far from that. My goodness… and yet the writing is SO good. I sampled and now I just one-clicked and am reading it for good! I’m nervous.

Amy: You guys!!! I’m LOVING Dark Notes!! Her life just flat-out sucks, and my tummy is clenching for her and what she is up against. She may be in high school but this is no YA read.

Maryse: OMG OMG OMG AMY! We’re buddy reading. I’m halfway through Dark Notes and loving it!!!!! YES!!! I told Kandace it’s dark… and said: Student teacher, but she’s severely abused at home… and OMG so not innocent. So it doesn’t make her age thing too creepy since she needs all the help she can get. and I don’t mean “not innocent” by way of her being a conniving character… I mean, she’s seen things and had to do things to stay alive. You really feel for her. It’s incredible.

Cristina: I’m about half way through Dark Notes and LOVING it! Started this morning and can’t put it down. Definitely some dark tones. I feel for everything that she’s been through and going through to survive! I just passed the parking lot scene when all hell breaks loose! I literally gasped out loud and put my hand over my mouth. OMG!!! “Yes, Mr. Marceaux.” Makes me squirm.

MichelleS: Dang it! Ya’ll are de-railing all my plans with all the “OMG-ing” over Dark Notes. Aaaaaand it’s that forbidden student-teacher thing I love so much. Shoot. Adding it the list….

*drags Maryse into the taboo-readin’ blankie fort* I have plum wine leftover from last night, plus cherry vanilla martinis for after we run out of the wine. Oh!! Cristina is reading it too…and now MichelleS wants to read it. Now it’s a party!!!

Maryse: It’s a good time for those that like truly risqué forbiddens…

There was already SO much to her story, her murky life, and as taboo as it was that her teacher could become fixated on her, I immediately saw a sort of hope for her. Possible light at the end of her tunnel and that he might be the one that could save her from her abusive family.

Ivory is attending a very prestigious arts high school with hopes of getting into the best prodigy-type college once she graduates. And while she’s surrounded with extreme elite-types from wealthy families that are all incredibly talented, she lives in poverty. No money for school supplies, she goes hungry, and even her clothes are on their last leg. And she does anything she can to make enough money to keep her deadbeat family afloat. But her schooling has been paid for, and she won’t squander any of it away. She works hard, she practices hard and she’s laser focused.

That is, until a new teacher (and her new mentor) arrives, and she has to start from square one to garner his respect for her musically, and possibly give her the recommendation she needs to get into her college of choice.

I find myself… impressed. She knows the material, almost as well as I do. If she plays piano with the same aptitude, I’ll have to punish her just for making me so goddamn enamored.

Except… she doesn’t trust men.

I know how female students look at me, and I’m immune to the bubbly-hearted infatuation in their innocent eyes. But there isn’t a hint of naïve adoration in the deep mahogany eyes staring at me now. In my six years of teaching, I’ve never encountered a student who regards me as if she’s summed me up in a glance and disapproves of my intentions.

But said teacher is there for his own set of reasons, and I’ll let you discover every bit of those unfair tidbits as you go. Oh yes… moments of infuriation abound! And yet, of course he notices Ivory. In every way possible.

The primitive, hungry part of me wants to join in their appreciation while the protective part wants to cover her with an over-sized coat.

I enjoyed it. There were certainly a few moments that had me wondering about the consequences of certain actions (and one towards the end, stands out to me as I write this).

For those wanting to go into this book blind, skip the next part as I analyze certain aspects of the book that perturbed me.

Just like that, my strength, my bravery, all the things I wish I had right now abandon me in the heavy arms of fear. I’ve been in this position countless times. This is a first with a teacher, but he’s no different than the other takers.

And at times, especially in the beginning, I truly felt like he was overdoing it. Overbearing. Just way too much wrong or maybe over-influence for an already terribly damaged 17 year old girl.

So that’s my big hiccup.

For a book that is already laden in taboo (due to her being only 17 and his own nefarious past), and him being her teacher and her having to deal with her very dark home life, I think it had plenty to work with, in terms of a “realistic” abused student in a power-shift type of relationship (on age and position) alone. I just didn’t need the spankings and belts (yes there was a safe word, and yes Emeric proved to be a protector and cared for her better than anyone ever had, and was often swoon-worthy… I certainly wasn’t immune to him 😉 ) but still…

It was more than I could connect to, and as absorbed I was in HER story, I found myself skimming the steamy stuff.

But overall, an absolutely absorbing story! Often scary, often hopeful, and very sweet despite the dark notes. And boy were there plenty of dark notes… (but I liked it)!

3.75 stars <— (I REALLY want to give it 4 stars for the intriguing story and great writing as a whole, but I just couldn’t connect to some aspects of it). 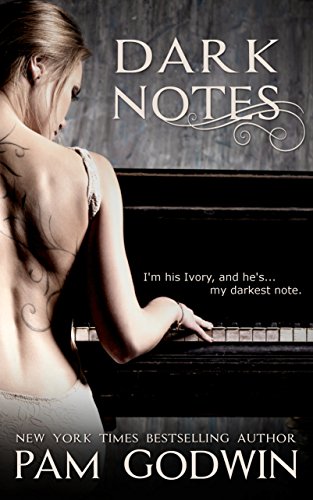 I just finished it a few minutes ago, and what started out as “OMG this is great!!” ended up as “Meh *shrug*…okay, what’s next?”

You said it perfectly. The whole forbidden teacher-student theme, the abuse, what she had to do to survive, and then the BDSM…all of those are fine in pairs or by themselves, but throw them all together and it’s just a bit too much. Also, he never really seemed all that worried about getting caught, so that killed some of the thrill that comes from worrying that they’ll get caught.

BUT, I kept coming back to it and finished it in two days so that’s something, right? 😉

Right! And I finished it about the same time you did.

Now… what should we read next? That Stuck-Up Suit sounds like a lot of fun…

OOOOH!! I just read the full blurb for Stuck-Up Suit and DANG! That one sounds goooooood. And it’s by two familiar authors so…

You wanna read that one? Let’s!!! *claps hands and bounces on toes*

Didn’t care for this book at all! It was way over the top for me! I couldn’t even finish it!

Amy, Maryse, you’re thoughts run right along with mine. The first half of the book was really great and then it lost momentum in the last half. It was still a beautiful love story and Emeric did it for me. 😉 I just thought the BDSM was a bit too extreme at times and really was an unnecessary element of the book. I don’t mind the dominance part, but there were times it went a tad bit over the top. The forbiddenness lost it’s luster the last half of the book because it kind of went away. While their relationship was still taboo, it kind of became the backstory so to speak in the second half, and the story turned its’ focus on Ivory’s home-life situation and the mechanics of their relationship, which isn’t necessarily a bad thing. I don’t want to say too much in fear of spoiling it for others. With all that being said, it still was a great story and I did finish it in two days, so yea I guess that does say something Amy. 🙂

Still need to finish this one but totally intrigued by Stuck-Up Suit!!

LOVED Dark Notes and give it gigantic 5 stars. Enjoyed it so much I’m sticking with Pam Godwin and am now reading Dead of Eve by her!