I was in the mood for something quick and easy to pass the time on a rainy afternoon, and this one did the trick. While a little melodramatic, I still enjoyed the connection between the two main characters.

What I really liked about the book: the focus on the two main characters allowed us to indulge in the romantic bonding.

What I didn’t like as much: Both characters frequently overreacted, and made assumptions that created unwarranted apprehension (understandably, there needs to be drama or the book would be boring, so it’s a double edged sword…). While I love romantic tension, the internal conflict was somewhat far-fetched considering the original intent.

This story introduces us to “Shannah”, a terminally ill 24 year old woman. While she has nothing much to do with her final months, she spends them covertly following a mysterious dark haired male that she suspects might be a vampire (he only comes out at night, has no visitors, doesn’t eat or drink etc…). She figures he is her last hope for life, as he might be able to “change” her, and summons enough courage one late afternoon to approach him.

If he was agreeable, by this time tomorrow night she would be Undead. If he decided to make a meal out of her instead of transforming her, she would just be dead a few weeks earlier than the doctors had predicted.

Ronan, IS, in fact, a vampire and although irritated by the interruption (and realizing that she’s the one who has been following him), he converses with her. While they are speaking, she faints, and he brings her into his home and cares for her.

Shannah, having been certain of Roman’s vampire status previously, and despite his undeniable “vampiric” tendencies, dismisses the obvious, and shrugs off the notion. She finds herself feeling stronger, but remains with Roman when he requests her assistance in a book tour he will be embarking on.

They forge a deep and sweet friendship, and Ronan finds himself falling in love with this mortal female (something he has avoided doing for centuries). He knows she is dying, and he is tormented by the thought of disclosing:

He could keep her from dying, he mused. That was why she had come to him in the first place. But once the deed was done, would she love him for it? Or spend eternity regretting the night a vampire gave her what she had come looking for?

Here is where my “eye-rolling” started to hurt! She first approached him, revealing that she suspected he was a vampire, (and had intentions of asking him to change her). Unfortunately, her fainting cuts this conversation short, and the truth is never actually confirmed.

Throughout the tale, despite having connected emotionally, Ronan’s “vampire” situation remains a big secret, and he decides he must never reveal the truth for fear of revolting her. Knowing that he can “save” her and take away her pain, he continues to agonize over their options.

In spite of the fact that she had come to his house seeking a vampire he feared that she would run screaming from his presence if he told her that she had actually found one. He knew that her coming to him had been an act of sheer desperation

I won’t reveal much more, as their are plenty of ups and downs to read (including a particularly funny “apple pie” situation). This book does allow us the opportunity to experience situations that are often glossed over in other similarly styled novels, so that was a definite plus!

You will experience many heartwarming (and heartwrenching) scenes that make the book worth reading. 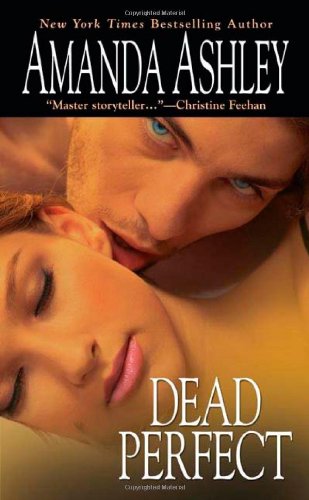