Dead Sexy
Another agreeable, easy read, great for a rainy day, plane ride, boring business stay in a hotel…you get the picture.

The story is somewhat set in the future, where the the monsters of what was once considered myth, are officially “out”. The story line (or at least the vampire politics) are reminiscent of the vampires from Laurell K Hamilton and Charlaine Harris’s books. Female vampire hunter, prejudiced against vampires, getting mixed up with the Master of the City, synthetic blood, some good vampires, some bad, don’t stare them in the eyes, and all of that.

All in all, humans are still potential prey (and vampires are considered dangerous), so the vampires in the world are isolated (by some sort of invisible energy) to delegated areas. While humans can peruse the “vampire designated areas” during the day, all bets are off at night, and warning signs are posted everywhere. Because of the “synthetic blood” now available to them, society is forced to accept their existence. In fact, some humans and vampires form serious loving relationships. Some humans fight for the vampire’s rights, while others want them extinguished.

Regan Delaney didn’t have any idea how the force field worked or what it was made of. All she knew was that it kept the vamps inside but had no negative effect on humans. It was against the law to destroy vampires these days, unless you found one outside the park, but the force field made that impossible. Any vampire who wished to leave the park and move to a protected area in another part of the country had to apply for a permit and be transferred, by day, by a company equipped to handle that kind of thing. What Regan found the hardest to accept was that vampires were now considered an endangered species, like tigers, elephants, and marine turtles, and as such, they had to be protected from human predators. The very thought was ludicrous.

Despite the warning signs in the designated vampire areas, a slew of murdered and drained humans are discovered in New York’s vampire park. While the immediate suspects are of course, vampires, the loss of organs hints at something else. Regan Delaney, ex-vampire hunter (now working for the police) is on the case, and despite her hatred and mistrust for vampires, begins meeting with the enigmatic and incredibly sexy Joaquin Santiago (Master of the City). Working together to uncover the murderer, Regan begins second guessing her distaste of vampires when Joaquin proves to be the one thing that ignites her desire. Conflicted, she resists his charms. Regan soon finds herself in danger (after an attack by a werewolf – thought to be extinct) that forces her to accept Joaquin’s aid, and see the paranormal world in a different way.

“Please.” He gestured at a high-backed brown sofa. “Consider my home yours.”

She sat down because she wasn’t sure her legs would support her much longer. What was she doing here? What made her think being in here, with a vampire, particularly this vampire, was any safer than being outside, with a werewolf? They were both predators. And in the dark of the night, she was prey – for both of them.

While her conflicted resistance of Joaquin can get tedious, the friendship that develops between the two characters is pleasing enough. There were some beautiful moments, and some moments that irritated me. The end of the novel ends up feeling quite riushed. While the majority of the book unravels at an incredibly slow pace (especially in relation to the relationship between the two main characters), at some point it races through, and left me feeling disconnected.

What irritated me the most? The phrase “muttered an oath” appeared throughout the book, but towards the end, it felt like it was on every page! Everyone was muttering an oath at some point or another, and it became distracting.

What I liked the most? The little bit of jealousy that occurred midway through the book (for both characters).

Her whole body tingled with awareness as she dropped her handbag on the coffee table and laid her gun beside it. He was here instead of with the redhead.

Heart pounding, she slowly turned to face him. “What are you doing here?” she asked.

“So you just came here because you had nothing better to do?” she prodded, thinking that if he said he had come for his car, she would smack him.

She let out a long, shuddering sigh. “Oh.”

His arm curled around her waist. “I came because I hoped you missed me.” 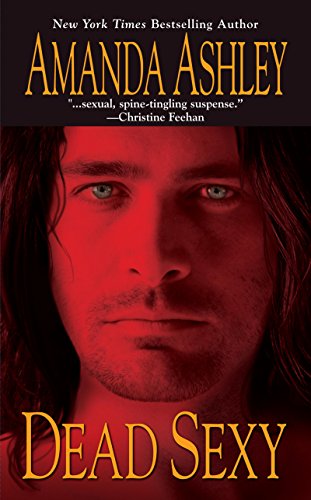 I do like that scene you discribed up there, “I came because I saw you with another man and wanted to rip his heart out.” – Now that is romance, or crazy or just the fine line between the two.