X
You are here: Home / My Book Reviews / Book Review – Dear Heart, I Hate You by J. Sterling

Dear Heart, I Hate You
You guys, this one was so very good! SO well-written (almost… tangible, real-life quality to it – as if the author lived these exact emotions, herself) traditional contemporary romance. Just pure instant-delicious spark (and yes, I KNOW that exists just with a glance – doesn’t mean insta-love but it does mean OMG HIM!!!!!). Followed by a sweet budding crush-type friendship and just enough angst to keep my heart (and my tummy) all a-flutter. Constantly.

Nope. There were no bad boys, no dark pasts to contend with, no illicit forbidden-ness of any nature. Not even social issues to keep these two in emotional strife. What kept them simultaneously alight over each other, and in agony, was their own personal drive (professional success was their only need) and trying to consolidate that with a relationship, that neither one were looking for, but neither are sure they can let go of, either.

…being single seemed to work best for me, and I had no plans to change my relationship status anytime soon.

Then I met Cal.

And he f**king ruined everything.

So what’s it about? GAH. I LOVE these characters. Just… so authentic in all circumstances, and enhanced with “best friends” that had me grinning with glee.

Jules and Cal meet in a hotel bar. Both are on “business” trips of sorts (he, being a NY financial advisor, and she, a Malibu real estate agent) so both have lucrative careers and are at the top of their game. Highly driven, neither have ever let a relationship come between them and their career goals but when they set eyes on each other (by accident) one night at their hotel, and merge her group of friends with his group of friends one evening, the two can’t keep their hands off each other.

I said nothing, the response running through my head way too crazy to say out loud, let alone think. Love me? Kiss me? Marry me? Give me babies?

Mind you… that doesn’t mean they “do stuff” that quickly. Which I LOVED.

I love that her thought process about one-night stands (and worrying about getting attached from being THAT intimate so quickly) really matched my own.

One-night stands weren’t for me. I was far too emotional, feeling things way too deeply to just give my body away to any guy who wanted it. I learned that the hard way back in college after I’d given myself to a guy who had halfheartedly pursued me for months. I thought he really liked me, but when I slept with him after a party one night, he never spoke to me again. I was traumatized by his actions and quickly realized that I wasn’t the type who could sleep with someone and have it not mean anything to me.

She knows herself and knows her limits and knows she can lose herself quickly, and so she insists on just a “friendship” type hanging out, even though it’s so obvious they are SO into each other. And I loved that whole “getting to know you” time together.

And when it was finally time to part ways, the heartache was palpable.

After all, nobody uproots their lives (successful ones, at that) for a crush… right?

“She’ll be gone and then everything will go back to normal. My rule’s still in place. The world continues spinning.”

Not even one that seems to be a perfect match. A perfect fit. “The One“, even. ‘Cause “the one” doesn’t happen over the course of three or four days… does it? Not for this pragmatic duo.

“I’m going to get hurt at some point with this one.” The realization hit me so hard, I felt the unwelcome truth of it settle into my bones.

But what makes this book extra special is the reality of it all. Because no matter how hard they want to stick to their original plan, no matter how much they want to let their brains rule their present and future, their hearts… oh their stupid hearts really do a number on them.

And as angsty and infuriating as it gets (and… oh… it does!!) it’s done so on a fairly even-keeled level, ya know? Not so angsty that it’s ridiculous or over-the-top, but just angsty enough that YOU KNOW you’ve been there before. You’ve felt this before. YOU KNOW THIS. It’s written so familiarly, that you’ll be able to relate every step of the way, because even if this is not your story, it kind of, sort of… is.

THIS? This, in varying ways, has happened to all of us.

Loved it. It didn’t make me fly off the handle (or completely lose myself while I was reading it), but I loved every single moment because it was SO authentic and so relatable.

I would say my ONLY complaint (seriously, I only have one…) is that I wish this had been entirely from her POV. That would have made the angst, the ache, and reader-romance-stress so much more poignant. And then… maybe then… I would have lost myself entirely to it. That said… trust me. It was still pretty darn angsty in all of the right ways!

Who we loved wasn’t always a choice. Sometimes it was an irresistible pull, a gravitational force, something we couldn’t see or control that drew us toward another. Sure, we could try to fight it. But in the end, love always won because it didn’t fight fair. It had a secret weapon, a tool of sheer force to use against us—our heart.

And once that son of a bitch got involved, you could say good-bye to reason.

I really love and respect this story. These characters. This kind of connection and personal growth.

P.S. Thank you to the author for sending me this review copy!! 😀 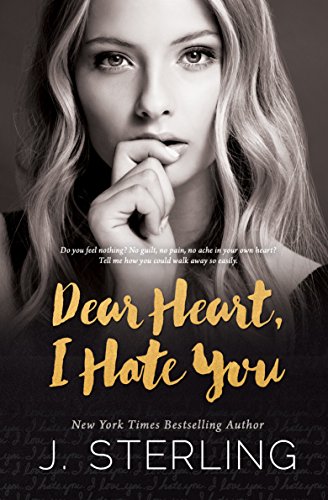 Aaah I love Jenn’s books. Can’t wait for this one to release!

Amy… you’ll appreciate this one. 😉

Ahhh, this sounds like just the thing for me right now, I just finished a heavy Amy Lane read and I need something like this! Thanks Maryse!

Can’t wait to read this one. Maybe it will be released early for a special Mother’s day surprise! 😉

I have a feeling it will go live today… 😉

My pleasure Teri!!! I’ll be stalking it so I’ll let you know as soon as I know it’s live! 😀

Man my tbr/ to be bought list is getting longer and longer!

I started it this morning!

I adore your reviews and the time you take to explain your thoughts! Well done!

Ok so I started this one but didn’t immediately connect. Maybe I need to dig back in.