Dream Chaser (Dream-Hunter Novels)
This one finally takes us back to New Orleans where it all started (and where I feel at home with this series). While it does focus on another “Dream-Hunter”, it has the feel of the Dark-Hunter books, and we see many of the Dark-Hunter characters (including Ash), in this one.

Simone Dubois is a medical examiner with an added advantage (or disadvantage, depending on who you ask). She can see and communicate with ghosts, giving her the ability to aid the police department on murder cases. While most on the department are unaware of her abilities, she has specifically befriended one agent, who is no stranger to paranormal activity (considering he is also a Squire to the Dark-Hunters). She was orphaned at a young age (her mother and siblings were murdered in front of her, and her father took his own life shortly thereafter). Lonely, and constantly burdened with the fear of abandonment, she does have one best friend that has been there since she was a little girl (a sweet and quirky male ghost – Jesse – in perpetual state of teenage-hood). While he was there to comfort her as a child, he too, has felt consoled, since she is the only human who can see him. Together, they “grew up”, and have never left each other’s side.

Jesse rolled his eyes. “Their ogling you, dude. Talking about your assets and the fact that you’re nauseatingly ripped, which I would have been had I not bit the dust at seventeen.” He puffed out his chest, trying to make himself look more muscular. “I’m forever trapped in my tall, gangly phase.”

The notoriously dangerous but exquisite “Xypher” (a Skotos/Dream-Hunter), renowned for his dangerous ways, has been granted temporary reprieve from his incessant torture in Tartarus, by Hades, (to aid Sin and Kat in their hunt for the Gallu demons).

Having only a few weeks of freedom (on earth) left, he unintentionally runs into Simone during an attack on her life. During the struggle, a Daimon wraps bracelets around their wrists, and they quickly realize that they are bound to each other (thanks to a devious scheme by Stryker’s sister to kill Xypher).

You see, at one time, they (Xypher and Satara) were in love, (or so he thought), and their connection eventually landed him in Tartarus/hell (I’ll let you find out why). Now that he has been temporarily released, Satara is certain he is coming for her to take revenge, and her solution is to bind him to a weak human.

“Pass those along to one of my Spathi Daimons and have him secure one to Xypher and the other to a mortal and all your troubles are over.”

She smiled as she finally understood the significance of the bracelets. “They bind them…kill the mortal and Xypher dies.”

He inclined his head to her. “Even better than that, if the mortal gets more than twenty feet from him, the human dies…and so does he.”

If one dies, the other follows (and how easy is it for a human to die? VERY!). Along with that, they are bound physically, and must remain together at all times as physical distance will also kill them. All I can say is what an obviously convenient (but satisfyingly wonderful) setup for an unavoidable romantic connection!

Their personalities clash at first (Xypher is an angry god, no doubt due to his mistrust of women, and constant whippings and other tortures since being in hell).

“What is wrong with you?”

His eyes flared in the darkness. “Be grateful, human, that you could never understand.”

Understand what? That he was an asshole? There was no excuse in that.

“You know, you’re not the only one with problems in this equation. I happen to have a life and a job. The last thing I need is to be pulling around a three-hundred-pound gorilla with a chip on his shoulder so big it’s a wonder he’s not hunch-backed from it.”

She arched a single brow at his retort. “No denying the gorilla part?”

However they are forced to work together, and learn about life on a whole new level.

Xypher forced himself to look away from her and to squelch those thoughts. It wasn’t his fate to have a woman like her touch him in that way. He was an animal and he knew it. He’d been left alone too long, had been cast out to find his own way. Tenderness was for humans. It wasn’t for a renegade Skotos who was going to be taken back to hell in a few weeks.

Sooner or later, he’d be taken back in Tartarus at the mercy of Hades. It’s taken centuries to harden himself so that he didn’t feel the steel-barbed lashes so deeply when they beat him. Centuries of learning how to not fall for the cruel mind games that Hades played.

Comfort on this plane would only weaken him when he returned.

It would make hell even more biting. That was something he couldn’t allow. It was bad enough. To soften his existence here…

No wonder Hades had agreed to let him loose for a month. The god of the Underworld had known exactly how much worse Xypher’s punishment would be after he’d tasted freedom.

Not only do they have to figure out how to release themselves from their forced mergence, but they have danger attacking from all angles. New and intriguing revelations from deep within this tale are slowly unveiling, and expanding this universe into infinite depths.

I bonded to them. I did! Their fights, their entanglements, and their eventual union…

“Push me away, Simone,” he said in her ear, his voice ragged.

“Is that what you want?”

…was paced well enough that I followed them the whole way through. Who Xypher and Simone are differs greatly from who they can eventually be, proving to be a surprising and very rewarding twist.

I am even developing a certain fondness for a new character (Jaden), that I have seen in this book, and every book since (on first impression, he seems to be an evil and “unfeeling” go-between for the largest powers that be). However, similar to other characters in this series, the hardened exterior seems to be protecting a very tender heart.

Oh and, have I mentioned, in the past, just how much I love Hades? Weird…I know, but there it is! Tell me you don’t feel it too!  🙂 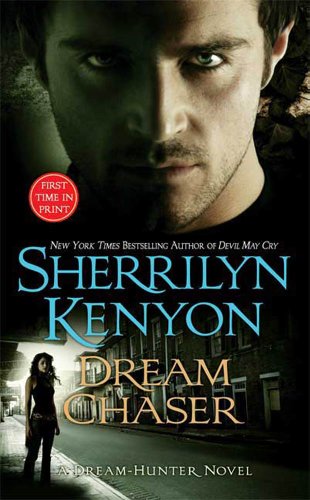 First time I’ve read about Xyper in Devil May Cry I’ve always wished him well. He automatically gained my sympathy. Well maybe because of him I had a glimpse on what TORTURE means in Tartarus. (and maybe because I always remember Acheron whenever beatings are being mentioned.) It was a revelation to me that he was once involved with Satara (That heartless B****) No wonder, she is indeed a daughter of his arrogant father. hmmp

I totally agree with you. Hades (being the god of Underworld) has helped in a couple of books that I’ve read like Devil May cry, One Silent Night and Upon the Midnight Clear. I’m not sure if there are other books though.

I find Xypher’s encounters with Acheron very hilarious. The way Ash tries to make sense out of him. Maybe because he knows Xypher’s pain (first hand!). Also the way they irritated each other. Like this line:

“While I respect suicidal tendencies on most days, you’d do well to remember who you’re addressing and, more to the point, what I can do to you. No one says you have to go back to Tartarus in one piece. (Acheron)”

Acheron happens to have a special way of helping others by not helping them (or should I say pretending not helping them). But rests assure that he always has your back. Miss you Ash… 🙁