Drowning Instinct (Fiction – Young Adult)
<— See that cover? Feel that cover? THAT is a great representation of what you will experience while reading this awesome book. The personal darkness, the intensity, the emotion… (good and bad). It’s all there. Don’t let the “YA” part fool you. This may not have detailed “steam” and the like, but it is 100% pure adult subject matter (even though she’s only 16). ‘Cause he’s an adult.

Her teacher for that matter.

GASP!! Hehe. I know… I can’t help my love (and intrigue) for these stories. They can become just so twisted and scary, or romantic and intense. Or all of the above, and… done right? They keep me on the edge of my seat in delighted panic and swooning. As this one did.

Yep. A student-teacher romance, but it deals with SO much more than that. Because what IS it about these two that draw them together? And what will happen to them in the end?

Sadie brought it to my attention saying:

Sadie: Maryse – I just finished this one and wanted to pass it along…when you’re looking for something different. I was searching for teacher/student books and came across this one. The story is much more than that but there is that component. I was hooked by the blurb. It’s a story that explores the grey areas of right and wrong, characters who are good and bad…I really enjoyed it!!

Maryse: YAY!!! Okay I one-clicked it! This looks just right for me. 😀

Sadie: Oh good! It’s the kind of book that keeps you guessing and questioning throughout and even after it’s over. Enjoy

Maryse: Sadie!! I read it! WOW that was awesome! Amazing writing… I cried in the shower scene… And what an ending…

Sadie: Yay!!! I’m so glad you loved it. I felt like it was such a gem that had everything I enjoy in books – great writing, twisty/suspenseful plot, teacher/student, characters who are good and bad and an ending that you makes you think…

Mom always said I was an ugly duckling that someday would swan. She might have meant well, but every word drew blood.

…is suffering from certain mental issues (she’s a cutter).

She’s seeing a psychiatrist and struggling to get a hold of herself. Her life. Her mind.

…no matter how far or fast you can go, the past always follows: an inky, faceless thing tacked to your shoes that only the harshest light can kill, and then just for those few moments when there is nothing but the strongest fire from the brightest sun, breaking your shoulders, burning that shadow – and your past – to ash.

Now… its not like she’s “insane” or anything like that. You will absolutely be able to connect to her and her internal dialogue. It’s amazing, and so very raw and real and us. She’s often in a very dark place, and as you read, you’ll understand why. Yep… this is one of those. Deep, eloquently written, and heart-wrenching. In fact, there is a “shower scene” (not what you think… she’s alone…) that had me in big fat tears for her.

But, eventually, the cuts are too deep and the membrane shreds and the curtain can never be drawn again. Maybe that’s when you grow up.

Anyway, her parents want her to integrate into “normal teen life” and send her to a regular high school. Her father refuses to believe she’s suffering from anything more than teenage angst. And as she tries to find her way amongst the mean girls and the potential do-gooders in her world, she becomes infatuated with one of her teachers.

…but even my parents, as messed up as they are, remember the instant they first laid eyes on each other. So I remember every second of that first time.

He was beautiful, like something out of a dream.

Of course… alllllll of the girls look at him like she does. He’s positive, supportive, gorgeous and a good friend to the student faculty. And eventually… to her.

…as badly as I wanted to, I hadn’t cut and that was because I knew now that Mr. Anderson was the only adult willing to protect me? Fight for me? That he would never, ever hurt me?

But as in all of these “types” of stories… there is so much more to them than what is first presented. Secrets. Struggles. Suspicions. Saviors.

You’ll see who, what, where and when soon enough if you choose to delve in. 😉

What about the ending, you ask? Ah ah ahhhhhhh!!! My lips are sealed. It was intense, and awesome and of course I can’t stop thinking about it either.

Good ending or bad? I won’t say. I won’t! You can’t make me. Just know it was totally worth the ride (at least for me). 😀

The doctors are right, too: I scar so nicely. 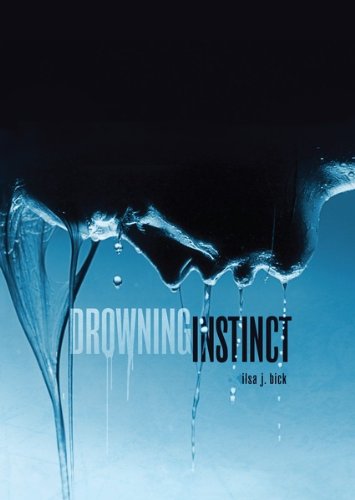 Great review, great book! So glad you enjoyed it as much as I did. 🙂

I’m so glad you sent that recommendation my way! Now to look up more like that. 😉

Oh, NOW you want to share with us what you were reading? *putting palm up to Maryse and turning face away*

KIDDING! Totally kidding there. Luffs!! Seriously though, is this the one where she (trying not to spoil anything here) talks into a tape recorder? That’s all I’m saying, but if it is then you will know what I’m talking about. If so, then I remember starting it a while back and then stopped for some reason…I was probably in one of my moods. 😉

Ohhhh!!!! This sounds a lot like my favorite book of all time THERAPY by Kathryn Perez! I’ll def be one clicking!!!!!

Sounds good!! Although, If the cover is a hint, then I’m not sure if I’m up for the Ugly Cry.
Don’t remember this book from any of your “lists.”

I Love a good student teacher romance – all that “forbidenny” stuff…. I didn’t dream of Prince Charming when I was a teen, I dreamt of a bad bad boy spoiling me….. so this is my personal wet-dream! Take that Amy!!!

MichelleS …Fun. Yeah I wasn’t into the Prince Charming either…

i want to read it… great review BUT the way you ended you had me.. damnnnnnnnnn

” What about the ending, you ask? Ah ah ahhhhhhh!!! My lips are sealed. It was intense, and awesome and of course I can’t stop thinking about it either.

The doctors are right, too: I scar so nicely.”

DAAAAAAAAAMMN now i must know…. 😛

Have you seen Pitch Perfect? Well, your toner is showing. 😛

My hubby was not really a bad boy in high school, more like an arrogant punk (that’s actually how he now describes his teenage self) that most girls wanted. And I had to have him. And I did, along with a lot of angst. Teenage angst, but angst all the same. It was worth it though because he *is* a Prince Charming now and makes me *swoon* even after all of these years. 😉

Awwwww AMY!! I love that!!! My heart just swelled.

Love this book!!! Need more books like this one.

It looks good… I don’t know why, but your review about this book made me think of Unravel by Calia Read. oh my!

It’s published Michelle. I’m glad to see more published books here along with indies, maryse. My library has a good selection too.

I’m loving many of the published ones as much as the indie… I just want the good books, no matter it’s “publishing” status. 😉

Cheryl… it was never on my lists. I actually just recently received a private message from Sadie letting me know how awesome (and kind of… “unknown” it was) and I was IN!!! 😀