Ecstasy Unveiled (Demonica series Book 4)
Excellent read, but I would recommend you read all of the others first. While I’m sure it works as a stand-alone somewhat, the characters in this series are far too connected, and each have a vivid storyline of their own. Not knowing them first (and the hardships they have experienced), would be unfortunate, because you’d be missing out on the maximum effect.

I found myself wanting to be a part of their family (uhhh…not that there’s anything wrong with mine, of course – love you mom! tee hee!). But you know…maybe the author can write me into the next one 😉

Ok so, what I like about this series as it has progressed, is that the author has focused on multiple characters, allowing us to experience different facets of their lives separately from the main story line. The past couple of books have featured a main couple, but also, an extra side story that follows a potential coupling. What I also like is that trouble frequently brews between the couples (hey that’s not very nice of me!). Not just angsty drama, but serious life altering situations (ie: prejudices), and the difficulties overcoming them to satisfy what the heart wants, but keeps denying itself.

This book centers on the life of Lore, the recently discovered half human-half incubus demon “angry” brother of the Seminus Demon trio (Wraith, Eidolon and Shade – wait-weren’t they all angry?).

Lore has issues. Lots of issues. Oh sure, he’s unbelievably sexy HOT, but despite appearing human, and being raised as a human, he hit a bump in the road when he became an adult. His demon half started showing itself (one he didn’t even know he had). He had no clue what was up. Nobody told him. And unfortunately, Seminus demons have bouts of rage and aggression and a special “ability”. Lore does too, but has no clue how to control it to his advantage. Lore has a special arm/hand thingie.

Anyone who touched the bare skin of his right arm and hand, marked by the diluted glyphs called a dermoire that snaked from shoulder to fingernail, dropped dead on contact.

While it can restore life, it mostly takes it. Especially during sex. Which he really needs, cause you know, of the incubus thing. But he doesn’t have it much. Ergo, he’s angry.

Lore also has a full sister (Sin) who is also half Sem demon, meaning she is their sister too (and considering Seminus Demons are strictly males, the whole “sister” thing is about to throw a monkey wrench in their already troubled world). Her side story is just as addictive, and her little fling with a bad boy paramedic (vampire/werewolf mix) leaves her irritated, and us wanting more.

Past circumstances have forced both Lore and his sister (Sin) to be under the control of another demon (Detharu), working as assassins (they are physically marked by his scalding handprint that will snuff them out if they betray him in any way). While they try to kill “morally” (no children), they must submit to their master or be unbearably tortured. Lore has been offered his last job, and will be released from his contract (Yay him! Free at last!).

Unfortunately…there’s a catch. He must kill Kynan (the most protected immortal human, who is his brother’s best friend, a part of his own family, and the key to “world peace” – well…their world, that is).

A sinister smile split Deth’s face wide open. “The target,” he said, “is Kynan Morgan. The very human you brought back to life.”

The ground shifted beneath Lore’s feet. Oh, holy hell. Though Lore had saved Kynan’s life, he hated him and really wouldn’t mind putting him in the ground. But Jesus…if he killed the human, lore would spend the rest of his sorry life looking over his shoulder. He’d have every Aegis Guardian on the planet aiming to gut him with a stang, which would be pleasant compared to what Gem and his brothers would do to him.

Deth leaned in close, so close Lore could feel the ugly demon’s heat on his face. “You have your assignment. You will kill Morgan – using your death touch – and retrieve his amulet within ninety-six hours. And if you refuse or fail, Sin will die.”

Sin, whose favorite saying was not becoming ironic reality.

No good deed shall go unpunished.

Yup, it just keeps getting worse for him…

By sparing his brothers, Lore might have condemned his sister to death.

So a man’s gotta do what a man’s gotta do. Until that man meets the very ass-kicking “pre-angel” (Idess) sent to protect Kynan from him. If she’s successful in keeping Kynan protected, she gets her long awaited wings, becomes a true angel, but most importantly, mankind continues to be safe.

If she didn’t succeed in protecting the most important human in existence, the very fate of all mankind, of billions of souls, would be affected when the ultimate battle between good and evil erupted on Earth.

But, he finds himself falling for her…

But never had any female fallen asleep on him. It was a surprising intimacy that gave him some hellacious warm fuzzies in a situation he had no right to feel good about at all.

And yet, he stroked her hair, and tried to be still, because crazily, this was the most amazing thing that had ever happened to him.

…and it continues to get even MORE complicated (as Idess’s job suddenly shifts into unchartered territory) .  Wonderfully so!

How is Lore going to manage this debacle?

1.) Kill Kynan, keep his sister alive, free them from their torturous contract…but the angel he’s crushing on doesn’t get her wings, he’d have to face the wrath of his demon family, and well, all mankind pretty much would end up going to hell…

2.) Don’t kill Kynan, everyone’s happy but he loses his adored sister to torture and slavery, and eventual death.

and anyway…who’s behind the hit on Kynan? What’s the big deal? (and it IS a big deal!!). Oh there’s lots to read and lots to take in. In fact, I found myself backtracking through book#3 to piece together some forgotten elements that were quite integral to this continuation. This story too, had my eyes wide as the details started falling into place.

Ok I know I’m missing a ton of good stuff, but that’s probably a good thing! So I’m going to stop here because any more, and I will be giving away stuff I need to leave you the pleasure of discovering. These are not easy stories to review. They are so jam packed full of action, and backstories, side stories and potential twists, and everything always mingles together marvelously, that you’ll have a hard time putting them down. The author is quite clever and has a vivid imagination! 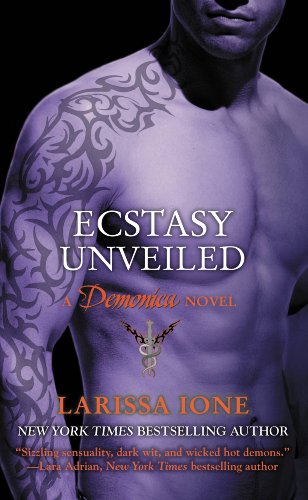 I just wanted to let you know that I use your website as a referal information site on what I want to read or listen to from my Audio club. 99.9% of the time you are right on!!!! Thankyou so much for your site – it is so helpful that there is someone out there in the world that likes to read what I do and has ALL of the books/authors reviewed, set up in reading order…
You are the BOMB and I LOVE you and your site….
Thanks SOOOO much for all you do with your site!!!!