Emerge (Evolve Series)
The recommendations from our fellow readers were adamant, for this one. Er, well… adamant is putting it mildly, and while it wasn’t even on my radar at the time the excitement started pouring in, the obvious enthusiasm for the book was contagious. I wanted in, and I wanted to be hooked too, so I bought and started it right away.

Toski: Just incase anyone missed my ranting on and on yesterday:):) ::It’s a must read !!

Lisa: I wish I could give it 10 stars

Tosk: I KNOW.. It is FANTASTIC

Georgia: Yes I agree too. I read it based on your very enthusiastic recommendation.

Jillian: Emerge by S.E. Hall is going to kill me. I know it. I am sooo into Evan!!! How am I ever supposed to love the other guy? Really? I’m going to? Well, regardless this book is great and unputdownable. Just what I needed and I am only 20% in.

Nikki: I loved both of them. This was the only book that I couldn’t decide who i liked better.

Jillian: Yeah I want one of them to turn into a jerk or do something horrible. Don’t think that’s gonna happen though.

Toski: My stalker radar is on high alert waiting to see if Maryse is reading Emerge yet. I keep checking in for a status update. I swear I’m not crazy. I just love it that much. Lol!!!!

See? Crazy excitement, right? Okay okay! I was convinced. I was on it, with gusto!

Well. Okay, first few pages and I was already connected with the writing style. Good writing, good flow, looked like it would be a good story line. Two best friends since childhood. She’s been raised by a GOOD father (mother’s gone but she had a nice solid upbringing nonetheless). He’s got that good-boy feel, protective, and so obviously into this now 18 year-old “tomboy” girl. Both waiting on a sports scholarship, and both dreaming of going to the same college together. Together forever (but no love yet). I liked it!

And then I really started liking it.

I’ve never imagined this with Evan, it’s never occurred to me to even dare hope what he felt for me was more than a protective best friend.

It was sweet. Tentative and heartwarming and cute and making me all crush-y feeling.

But soon into it, I lost my bearings in the “love story”. For lack of a better word, it was… no HE was too sweet for me. To the point of gooey. No wait! I mean, in reality every girl in the world deserves to be loved by a boy (man?) like him. He was amazing.

And yet, too… “much” for me. The silly-sweet nicknames (even in his head) for her, the sweetness, the dialogue. Maybe it was the dialogue (especially when Evan came into the picture) that did it (or undid it) for me. For lack of a better example, it reminded me of TV shows that were from my childhood (or even my mom’s generation). Innocent and pure and all the good that goes with that. Innocence, but this book included an occasional bout of steam. 😉

Still, even with the slightly steamy moments, I like ’em a touch… badder. 😉 So maybe it’s not Evan. Maybe it’s just me.

And then the trouble kicked in, and I perked up. Certain “issues” arose, definite difficulties that had me connecting with the situation at hand, and a new “group” introduced into the mix including that one guy that would just take the breath away from any girl, no matter how sure she once was about her romantic future.

Dane turns to us, and Good Lord… I hope their parents are breeding professionally because they’d make a fortune. If big brother is hot, then little brother is illegal, immortal, and too damn pretty not to be a girl.

Except that, while at times I was completely connected, I found myself just as often disconnected. While both of her potential love-interests acted “guy-like” (sometimes a bit jealous and possessive)…

Truly, I will kill any other man who ever touches her. Laney Jo is mine, forever.

But at times the dialogue was a bit too romantically intense. And I like that. When I’ve completely fallen for the book-guy. But there was something about the romantic declarations that was not so… “guy-like” (at least not like the heroes I usually fall for). Maybe some guys do talk like that (and fall in love and are obvious about it to that extent), but again, I have an alpha-male problem. I’m just more into the strong brooding alpha types that make the reader work for it. 😉

But  in this case, I found myself  somewhat distracted by the romance, instead of melting into it. Not to mention the times I was pulled out of the book due to the heroine’s naiveté. At 19, I just… didn’t quite buy her innocence and obliviousness to the obvious, so my rapt attention would be interrupted with bouts of irritation.

Mind you, again, I’m sure there are girls out there that are very much like her (in regards to life experience or inexperience). I just didn’t connect to her as well as I would have liked to.

Drama-wise, there were a few avoidable BIG misunderstandings that had me both on edge (I was mad!) and also had me eye-rolling, screaming “Come ON!!!” I had to put the book down a few times to take a breather. There were also a few unavoidable misunderstandings ’cause of incredibly devious characters (that you saw coming a mile away, but are still appalled at the audaciousness). And a few more “mysteries” introduced that were eventually solved, but that, to me, were far more mysterious “in motion” than the actual reveal. But even with my personal reading issues, I still felt a need to finish it. I had to have answers.

And then… there’s that ending, that totally gave me that *oomph* I had been looking for. I gasped and clutched my chest and thought, WOW. WHOA. I wish I had been feeling THIS, throughout.

Just when I thought I knew what I wanted, the ending threw me, and it took my 3 star “feel” for the book to a 4 to 4.5 star (in THAT moment). For that raw honesty that slashed my heart for a split-second. It was enough to get me, and interest me in more.

It took me from “yeah… okay”, to “OMG!”  I found myself immediately envisioning how the next installment might go, and knowing that the angst *could* be really good (if allowed to cultivate in a more… “real feel”, that is). I think I just need a little more character connect-ability, more rawness, more honest-reality from the situations at hand, and I think I’ll be right there with it. 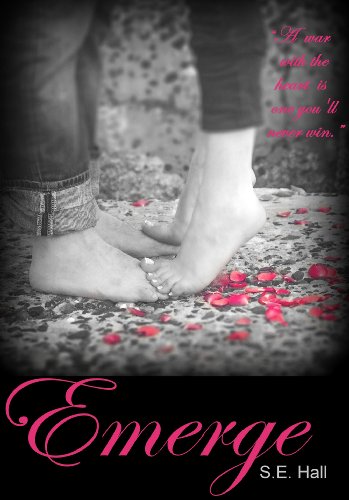