Flawed
Wow… I don’t know how I feel about this one. Honestly. Mostly… great, but when I was finished… *sigh* I dunno. A somber read that was completely out of my romance element and even out of my “somber-romance” element, but I still mostly enjoyed it. I was completely in the mood for this book after eavesdropping on a few of our group on Facebook.

Johanna: Wow!! just finished reading Flawed, and all I can say is wow what a great great read whoever recommended it kudos to you.

Kristie: Read it last week in one sitting! Crazy deep!

Tracie: Wow….what a great book! I totally loved this one!

Maryse’s Book Blog: ohhhh looks like something that would keep me up all night reading. Thank you!!

Tracie: Maryse….You really need to read this and review it! It was sooooo good.

Johanna: Maryse, it is sooooo soooo good. You will not be disappointed.. @sally, it’s def a stand alone book and you should def read it after Hopeless, I haven’t steered you wrong yet

Julie: wooooahhhh lokks a little creepy…lol. I grabbed the sample tho

Wow!! A few of us were excited and discussing it’s “dark-factor” and I wanted to be creeped out! So I immediately downloaded the sample and moved it up on my TBR list.

And after a few very sweet romance reads, I was ready for this dark, twisted-sounding story. And the sample sold me! Wonderful writing style, I was sucked in immediately and anxious to be alarmed. And I was. Over and over again. But amongst the somber and serious subject matter were sweet moments of “normal” that gave me hope.

And yet as the story went on, I realized it really could go either way. A few of the main characters in this story were so terribly abused and formed an unusual sibling bond where lines were blurred and had been since childhood. No worries… nothing too detailed, but enough to distract me and keep me on the edge of the book.

A brother (James) and sister (Sarah) (and their mother) abused since they were tiny children by their ex-boxer father who gave up his champion status to raise his family. Ohhhh how he resented them, and let them know it every step of the way. Physically. Mentally. Every detail, every minute of their lives were carefully planned to avoid him at all costs. ANY chance he got, he’d find a reason to rail on them. All of them.

My stomach convulses, and I cover my mouth to keep in the panic threatening to escape. My bedroom is the only room in this house where I’ve ever felt safe. He’s never apologized for anything in all the years I’ve been alive – not for the beatings, not for the horrid things he’s called me, not for any of the lessons he’s tried to teach me over the years – so he sure as hell isn’t there to say sorry.

To the point that their mother mentally “checked out”, and the brother and sister had to fend for themselves. And take care of each other. The (slightly) older brother would do his best to protect his baby sister, which included his barely ever leaving her side throughout their lives.

We have a pact. Nothing will ever come between us. I have to believe that or I’m going to start crying.

Quite an unusual bond is formed, and necessary, but so damaging. And now that both are mostly adults and ready to move on with their lives… they don’t know how to let go.

It’s my turn to protect my brother.

An incredibly addictive read, for sure. Oh believe me, it was a story I could barely put down ’cause I had to know… but once I was finished, where was I? I dunno. I suppose I was so into it for the first half, and that it went where it had to go, and I was right there with it… and then? Maybe it fell flat for me. I’m not saying if it is a happy ending or sad one, but I am saying that for such a tension-filled book, I was able to simply walk away and be anxious to get into another.

It’s as if this book absolutely filled my “unique, very risky story need” but… something was missing for me. Would I recommend it? Yes! For those wanting to read a thoughtfully written, eloquent yet dark dark (albeit tame) story of struggle, horrid mental and physical abuse (I swear these two were constantly covered in bruises throughout the entire read). Emotionally draining at times. Well… no. All the time.

But if you’re looking for love and romance (even amongst the “dark”). It’s there, YES… but, I felt mostly… lonely reading this one.

“I want everyone to know you’re mine. The sooner they do, the sooner I can get you out of that house.”

I didn’t cry, but that might not mean anything. Might be my own defense mechanism against such stories. And yes, I was creeped out. And now that I am “backtracking” for this review… now that I “know” things, I’m even more creeped out. Very subtle. Well done.

Maybe it’s just me, but the life I’ve been leading for years suddenly seems… off.

Yep. Now that she’s old enough to “do her own thing” her perception of the world changes exponentially. And yet… what she knows, who she is (was), what she’s lived… how she’s lived… doesn’t want to let her go.

P.S. I’m with Johanna on this… definitely a great option of what to read after Hopeless in terms of mood, growth, moments of sweetness and dark “issues”. Oh yes. If you’re in the mood for that, this one’s right up that alley. 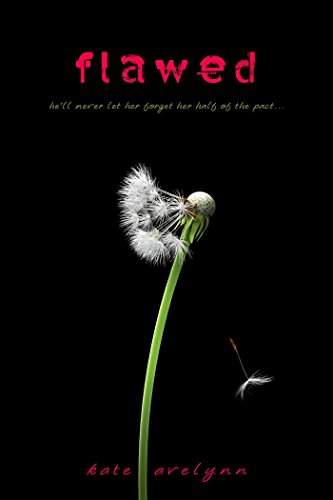 Awww I’m all giddy inside 😉 thanks for the acknowledgment. So happy I can help in your time of need for a darker unconventional read 🙂

I was definitely in the mood for something like this!

I’ve just finished this book and to tell you the thruth, I didn’t like it … and as for the romance, I normally am a big fan of romance but here it just felt empty….
If you want a dark read and something out of you confort zone I would recommend you Forbiddent by Tabitha Suzuma …

Dear Maryse, yet again another amazing book suggestion.Thank you. I absolutely loved it.Sad and disappointed ending, but nevertheless beautifully written. I really wish that there it would be a book #2. there are so much material for it and I am pretty sure all of us fell in love with her and would like to follow what’s ahead in Sarah’ s future.Lets hope.

Ha, I’m with you on feeling more and more creeped out the more I think about the book!

I hated, hated, hated but yet loved this book. I don’t usually read ‘dark’ books and wouldn’t have read it had I known. I believe the world’s filled with enough heartache that I don’t need to be reading about it in my free time. That’s why I stick to books with happy endings (even if they’re sometimes unrealistic, I’m trying to escape reality!).

Though I would not choose it if I had to do it over again. I do not regret reading it. It was very well written and it really drew me in. The emotions were real and the characters came to life for me. I won’t be reading any more of this author’s books but I would give “flawed” 4 stars