Folsom (The End of Men Book 1
<—The age of women. And with that… I must say… OMG THAT BIT*H!!!!! OMG OMG! I am furious, incensed and distraught! All of them. Most of them… such a cause, and yet such a scheme. A political, social injustice under the guise of betterment. Life. I’m so mad right now I could SPIT!

Its a full on forbidden-romance, with all sorts of villains and unexpected heroes in the midst of this dystopian, almost-100% female society, that has it ALL together. What happened? They don’t really know, but men died off. All but a precious few, and the male chromosome is hard to reproduce, even with the men that are left.

Women are not stupid. That’s why they outlasted us. While men destroyed each other with hydrogen bombs and wars, Mother Nature took care of the rest, sterilizing what was left of the already dwindling male population.

The women who had to bury husbands, and fathers, and sons were already rebuilding, looking for solutions. Already superior in their physical design, their bodies build life with two key ingredients.

One they need from us, but give them time and I’m sure they’ll find another way. I live in their world now: the age of women.

A virus? This is still in research and part of the backstory of this series.

Nobody knows exactly what happened, and why some of the men that are left are unable to produce males… but men are few and far between. and they are seemingly worshipped… and ABSOLUTELY enslaved (yet luxuriously so).

Everything is perfect, my whole life orchestrated, spoiled, controlled. I am not this man they’re forcing me to be. In my dreams, I own a cabin in the woods. I fish, and hunt, and everyone leaves me the fuck alone. I close my eyes so I don’t have to look at their faces, expectant, waiting for their next instruction.

The lone 12 men that exist are there to serve those that can afford them… (with an occasional “lottery” copulation for those that can’t). The goal is absolute. Creating more males to continue the population.

It’s that crazy and awesome because there are so many variables and humanely social inconsistencies in the process of it all. It’s all so regulated and scheduled and… celebrated and… “right”. I can almost believe the world will repopulate again one day and become what it once was. But there are so many detrimental fallouts of their almost perfectly planned process, and the men left… are falling apart. Overworked. Overused. Overdrugged, over scheduled.

Gwen realizes this, as one of the privileged that is afforded the luxury of a “breeding session” with the best of the best of the men left. Folsom has produced hundreds of children throughout the sectors and has had the most success producing males.

I have impregnated two hundred and three women over the course of sixteen years. Five of those pregnancies have resulted in male children. I f**k my way through high society; the women who can afford to pay to have me come inside of them, their daughters, their sisters. Twelve men. We are the last hope; our dicks are worshipped.

And when she finally gets her chance with him after years of fantasizing about him (the 12 males are infamous and celebrated to the level of boy-band fame),

As a young girl, I collected trading cards with their information written across the back. Folsom was always my favorite: serious looking; his eyebrows angled in such a way that made him look both angry and wounded; full lips that never smiled. Not all of the End Men appeal to me, but regardless, they are gods and everyone wants their attention.

…she realizes… he’s a real man.

I’d not expected him to be so…likeable? Enigmatic? Human, maybe. He is a character in the story of our country, a prop in the news. To see him in person makes him real.

Someone that has feelings.

“You sound bored,” she says, surprised. “It’s an honor to do what you do. You’re helping society. You’re—”

“A sex slave,” I answer for her. She looks away.

And when their stolen moments lead to a deeper, unexpected connection, everything… changes. Gwen goes from wanting a baby… hoping for a coveted  son… to wanting Folsom to be free. And maybe even one day… to be hers.

And it is this realization that begins the Rebellion. Gwen can’t keep herself from speaking out, despite the very connection she has to those that make the decisions… and all hell breaks loose. Everything she (and everyone) has ever known is blown apart.

And the rest is yours to discover… 😉

4 stars! <— Good read – two great authors that I absolutely love – but the premise (from what I read of the blurb), in itself, had more strength and excitement for me… in regards to what I was expecting from this forbidden love story, than the actual story and how it played out. But this is a matter of personal taste.

I didn’t feel it as much as I wanted to, and as steamy as it is (it goes there), it has a more “YA fantasy/dystopian” feel in the way the heroine’s POV is told.

I think… had a I had at least one whole book of just the two of them… sneaking, trying, getting over the hardships of their OWN PERSONAL situation before the whole rebellion and social change came to be… I think I could have become truly attached to their plight and the two of them as a couple.

Felt for them. Hurt with them. Loved with them. I feel book #1 moved so quickly, that “they” were barely there (for me) before the rebellion took hold… and I feel like I lost them entirely.

But then again… I am feeling a sort of jealous injustice right now. That’s kind of fun. 😉 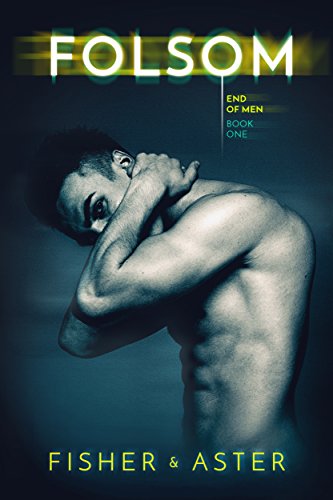 Great review!! I know this is a series and I’m wondering if it ends with a cliffhanger?

Any word about when the next book(s) will be out? Hate starting a series and waiting for months.

I am not sure when the next comes out, and yes. BIG cliffhanger!!
I have a feeling there will be books dedicated to each of the “Men” left, but then again, this first one did end on a cliffhanger (a major one at that), so this couple’s story is not nearly complete.

Acc to Tarryn’s instagram, the next book, Jackal, is out on June 29 and preorder links are up now.

Sorry, just seeing this. It’s up for pre-order on amazon yes. Here is the link I think: https://smile.amazon.com/gp/product/B07D5KZTLY/ref=series_rw_dp_sw