X
You are here: Home / My Book Reviews / Book Review – Forever His Baby by Morgana Phoenix

Forever His Baby
Super sweet romance novel that caught my eye a couple of weeks ago on a recent bargain/release list. It looked SO good, cause it involved two brothers and she was pregnant by one of ’em… yet wanted the other. “Two brothers. One impossible choice.” Oh? I’m intrigued.

And then this part sold me:

Sloan McClain, the only man Lily has ever truly wanted — and the brother of the boy whose baby she’s carrying. While Lily expects a great number of outcomes when she tells Sloan her news, him proposing marriage and asking her to keep the baby is not one of them, especially not when she has every intention of giving the baby a better future by giving it the home she can’t.

Sounded like it had the potential to be pretty intense, plus, a few of our fellow readers enjoyed it, so I immediately put it on my TBR list.

Brenda: Just finished… I loved it!

It DID have it’s big moments (especially in the last third of the book – OMG I loved one scene that was just perfect in it’s description – SO much feeling and intensity). But it mostly had that small town, sweet family, supportive friends (and gossiping town-folk) feel. Which I really liked. Had the makings of a sweet Hallmark movie, minus the *ahem* very descriptive and detailed steamy scenes. *whooooooo!!* They were… almost out of place in such a sweet romance setting and yet… perfect for those of us needing the steam with the sweet. 😉

The writing style, the sweet-factor and the author’s “voice”, or should I say the heroine’s “voice” kind of reminded me of A Moment by Marie Hall and a bit like The Unwanted Wife.

So what’s it about? Well, pretty much exactly what that blurb promises.

Lily has been best friends with Cole since they were little, and Cole and his big brother Sloan have had a very sad childhood. Lost their loving mother at a young age, and abused by their alcoholic father, Sloan has always protected his little brother and taken the beatings himself. Embittered with life, and seemingly irritated by Lily’s constant presence, Sloan scowls at her every chance he gets. And she has always kept her distance from him. And crushed on him BIG time since she was 13.

It was her sensibility that kept her from doing anything stupid, like throw herself at him, reminding her that he was five years older than her, her best friend’s brother, and he couldn’t stand the sight of her.

So when Lily and Cole decide to lose their virginity together before he leaves for college, and she ends up pregnant, she turns to the scary, tattooed, hulking Sloan for help in telling his brother. And that’s when Sloan’s protective side kicks in. In full force.

“There is nothing more important than you and that baby.” He drew in a breath, met her gaze squarely and murmured, “You’re not alone, Lily. I won’t let you be alone.”

If you love bad-ass, brooding men that turn into total teddy bears in private and furiously protect what they consider “theirs”, then this one could be for you. 🙂

Overall, an enjoyable read, good writing, sweet story, with that “innocent” feel and eventually, plenty of steam. Plus angsty moments, a moment of scary drama, and a swoon-worthy alpha-male. Nothing too crazy, comfortably predictable, but still plenty good. 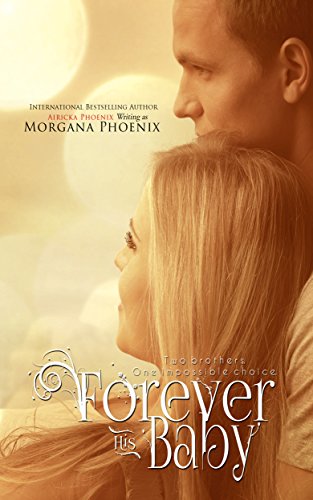 I liked this one as well and was glad that it wast a love triangle, don’t get me wrong I do love them too but I have to be in a right mood for it.

We must be feeling in the same “mood”. HA! I am reading “Love me Back” by Michelle Lynn. It’s the story of a girl and brothers!!! LOL!! But this is a good one. I’m not done yet, but I’ll report back if this is what you are in the mood for. This one has some cool elements, like the flashbacks to age 11, 13, 17, etc, so you can see how it all progressed, and how it unfolded a little at a time. I like that. And SOMETHING happened along the way, and I can’t wait to find out what. She’s back in town for her brother’s wedding and has to face the two brothers…. so far so good…. 🙂

It sounds GREAT MichelleS!! Keep me up to date. 😀

It seems like forever since you/me have read a 5 star read. I am ready for one. Aren’t you Maryse? Can you please find us one? Pretty please?

So, “Love me Back” wasn’t a 5-star read, but I’ll give it 4. I liked the story, I had some problems with the execution. It started to drag the second half, and I started not liking her. Make up your mind already, and if you can’t, then make it more interesting. I don’t think I am spoiling it by saying that the “triangle” went on for about 6 years! Yikes. Out of the three people, I ended up only liking one after a while!!! But I will recommend it if you need a love triangle book, because it was definitely that.

Ok. Onto to the next one. Now this one is something else. EEP, for real! Look up Nothing Left to Lose (Guarded Hearts) and tell me that is not one of the most EEP blurbs ever! I needed a jolt of something, and this is definitely that. I just started, but I like it so far…..