Hero
This book finished off my “dark-read” week (it was a bit of an impromptu marathon), and I’m not gonna lie… it was a bit rough on me (the week, that is. Not this book). 😉 These definitely weighed BIG time on my heart (and not in a fluffy way). After my impromptu “rom-com” marathon last week, this really mixed things up. Gah. What a difference! But I can’t help being drawn to the creepy “love” stories, so I indulged my dark side.

Mind you, this was the lighter side of a dark-read, but still had some… er… unredeemable? stuff going on. He had so much hero potential (meaning… maybe he’s a hero. Or maybe not). Yep. Despite the completely rude “kidnappy” circumstances the heroine found herself in, I got where he was coming from. I understood (not approved, but understood) why he made such a rash decision. I got why he took away all of her choices (and pretty much changed her “normal” life as it was).

But “Hero” had a serious dark side, and his urges creeped me out. For such a seemingly (<— keyword!) generous, benevolent person, with good honorable intentions, he was a bit… er… rapey?<—- Eeeep! I hate using that word when he might potentially be “part-hero”, but hey! I’m calling a spade a spade. The sex scenes, no matter what dark-read I’m reading, always squig me out. This one felt like a modern-day “bodice ripper” and with his super-dark urges, I likened him in the early stages to “a good mix of superhero-human/Dexter”. Of course there are no bodices here, but you get the idea…

“What are you?” he wheezes.

“I’m a predator,” I say, my voice unnaturally deep. “I target, and I kill. You mistook me for a hero.”

I LOVED that line!!! ‘Cause all the while, he kept me guessing. This guy could go from hero to bad guy in 2 seconds flat. From needing to protect, to needing to kill…

“Hero” is kind of a… superhero of sorts. You know… the usual “superhero” stuff. He’s masked and has a protective costume, he’s a vigilante, taking down the scourge of the city. He’s wanted by the police (’cause he’s taking justice in his own hands) and he’s loved by the media and public. Is he human? Does he have superpowers? Who is he, exactly? Nobody knows… and he’s bound and determined to keep it that way.

But his cover is hanging by a tentative thread when he “rescues” the heroine (that he’s been stalking), from a bad guy (she’s out cold by this point, so she has no idea what’s going on). But instead of handling the bad guy, and letting her go… he decides to KEEP her!

Brings her back to his lair (you know, your typical superhero mansion with waitstaff and all), locks her in her own luxurious room, and instructs the staff to be at her beck and call. She’s living in luxury and treated like a queen, but… not by her choice.

His head slants to the side. “I often ask myself the same thing. Why you?”

Sounds awesome except for the kidnapping part. That is… unless you’re a dark-read lover like me. Then it becomes a thriller! And it’s even scarier for her since she has NO idea who kidnapped her, and is praying “Hero” will save her. <— Whoa. Poor thing has no idea what’s coming.

And I’m going to leave it there. The rest is in the discovery, the realizations, and the twists. And the answer in regards to who “Hero” really is, and why he did what he did.

I was really into the first half (the kidnap circumstances always have me on edge). And while I enjoyed the book as a whole (I liked the writing style, internal monologues and descriptive qualities), I stopped and started it often in the last half. The first half had me. The second half felt a bit drawn out and overly somber. I know it’s a “dark read” so dark is to be expected… but heavy and sedate ruled the ambiance throughout the entire journey.

At first I was super excited ’cause I thought he was a police officer or that kind of hero, that kind of went off his rocker for one girl. I like a more “relatable” life-circumstance in my love stories, so I was a bit taken aback when I realized we were actually dealing with a more “comic book” type of superhero. I’m not usually big on that. Except for Ironman. I have a crush on him.

Out of uniform. Cocky much?

Still though. An overall good read, with an interesting take on a “dark” love story! I read ‘em for the psychological thriller aspect, and always have that weird hope that emotion and maybe even healing might shine through, but yep. I’m gonna need a happy, go-lucky rom-com, or a Kristen Ashley sweet/bossy alpha for SURE after this. 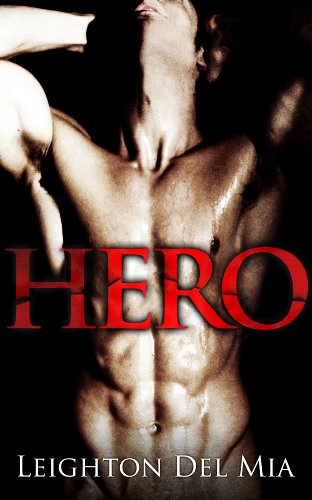 Heh, I’m living vicariously through you for a while with the dark reads, even a mild one like this. Courtesan messed me up. Messed. Me. Up. Forget the ovaries, that was a full-on punch in the baby maker.

The Fantasyland guys are a sure bet. They are all swoony, but Lahn will *always* be my favorite. *wiping away the drool* 😛

Who is the author for Courtesan?

And I’m on a dark-read hiatus… at least for now. Going back to my tried and true alpha-jerks. I mean alpha males. 😉 LOL!!!!!

I just finished book #1 in the Kathleen Turner series and it was good! I can’t wait to move on to #2.

Nah, you had it right with alpha-jerks – but we wouldn’t want them any other way, now would we? 😉 Oh man, Lahn. *fanning myself* I *know* you would, ahem, “cuddle” with him, LOL!!!

I’m starting The Plan now. You know how when you are hungover and puking (hold your tongues, peanut gallery) and the thought of alcohol makes you feel physically sick? That’s how I am with dark reads like Hero right now. *squirming while my tummy clenches* Sounds like you’re going to have fun with the KT series though!