Midair
Intriguing (even exciting!!) blurb, and overall, I enjoyed it, even though I was able to put it down regularly. Loaded in personal realizations and rationalizations, but then real life hits, and things are thrown for a loop (which I crave in my reads).

That said, I found this one to be a slow read. While I was interested in where it was going (was it going to a be a psych thriller? Was it a case of mean girls gone really wrong? Would it be a personal growth story?), the pacing wasn’t as engaging and addictive as I had hoped.

Still, this was one that I HAD to finish. I was just too curious, and I’d say the story got better as it progressed. In fact, the second half (and the last quarter) had a few twists and moments that had me fully connected and invested in the characters. Finally.

Vanessa and her group of high school friends decide to take a trip to Paris together before college. They are a fairly varied group of girls (the “brain”, the rich “mean girl”, and the two others that I could never fully tell apart, even though they were integral in the story as a whole). There was just nothing all that distinguishable about them, other then they seemed to be the closest two of the bunch. *sigh* There were a few “holes” here and there, dialogue, and thought processes, decision-making that didn’t always make much sense to me (almost had a fast-forward feel at times), even though it was a fairly straightforward and easy story.

In fact, I can’t quite understand why the girls took the trip together in the first place, since they didn’t appear to be good friends, and the main character barely knew them at all. That said, the “mean girl” (Kat) was someone she knew well and despised, and she had a plan to put her in her place.

I backed away from her touch as if burned. She didn’t have my permission.

Vanessa was suffering the recent loss of her older brother whom she loved dearly, and was suffering another devastation (due to said mean girl). That of not being able to go to college of her choice, despite having excellent grades and a perfect score on an important test (because “Kat”, the copycat), copied her test, voiding Nessa’s score.

I studied hard and aced the ACT— scoring a perfect 36. And the ACT regulators somehow concluded that I’d cheated. Suddenly, the life raft capsized, sending me into the murky abyss. All I could see was darkness.

So Nessa was going to even that score, but not in a way you’d expect.

Soon Kat would watch me jump from the world’s most iconic monument, but before I did, I’d tell her exactly why: she’d ruined my life. The final nail in my coffin. My blood would be on her hands— I would haunt her until the day she died. My plan was beautiful in its simplicity.

And along the trip, they meet potential friends,

…both Luc and Anton were smiling. We were all in love with them. They were gorgeous and smart and French— what wasn’t to love?

and some potential enemies.

Stuff happens (some really random, weird stuff that didn’t contribute much to the progression of the story). Their worlds are really thrown for a loop. And well… the journey is the biggest part, so if you decide on this one, I’ll let you experience it for yourself.

It just… lacks some of that *oomph* that usually makes this type of story exciting. The “dare game” mentioned in the blurb didn’t really stand out for me. Sure they were daring each other to do “stuff”, but it just didn’t have the impact that I expected. Important detail lacking that could have had me connecting to the characters on a whole other level, coupled with the random stuff that was thrown in as their day-to-day Parisian adventures occurred, had my attention waning instead of having me on the edge of my seat.

It was good enough for me to want to finish, and I am fairly satisfied with the ending. Important life lessons, learned. But it’s almost… disjointed. Like one of those indie films that leaves you a bit confused and forlorn in the end, even if it comes around full circle.

Still… I liked it. I certainly won’t forget this one. 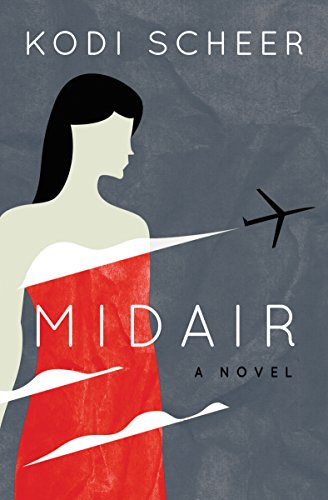