The most gentle one of all, in my “dark reading” week, so far, but still, the subject matter is similar. It’s just the other side of the unwilling “Slave” spectrum. The healing side. And I sure can appreciate a book like this, after the book I read last night. Eeeeep!!! (more about that one, later).

In “Slave (Finding Anna)” we read about a girl who was saved by a sadistic “Master” (basically buys and sells his female slaves, human trafficking and all of that). In the BDSM lifestyle, both participants are willing and come together to fulfill each other’s needs. But Brianna was being forced to submit via fear, pain and eventual loss of her sprint and sense of self. She was kidnapped at 17, and for over a year, was brutalized, tortured and allowed to be used, against her will. But Master Stephan hears about this, takes her out, and struggles to build her back up throughout the first installment.

“There are people out there who enjoy what Ian does. Alex, for example, but if you weren’t that type of person… well, I couldn’t just not do something. I had the means to help you. I couldn’t just walk away, and leave you there, if that wasn’t what you wanted.”

Book #2 continues that storyline. The storyline, the connection between the two characters, and the book’s rhythm is consistent with the first. The somewhat “formal” dialogue and writing style. Many scenes that repeat. Brianna’s pattern and daily rituals are replayed for the reader. A very slow pace, hesitant interactions… all very guarded. Stephan goes slow so as not to freak Brianna out, as she tentatively attempts to break out of her “slave” shell. And as much as she is coming to trust (albeit …. slowly) Stephan, he has asked her for something she is not sure she can give him. A Dominant/submissive relationship. A real one (not just for play).

“I was selfish, though. When I brought you into my home, I knew that I wanted to keep you. Not as my slave, Brianna.”

He’d gone on to tell me that he wanted me as his submissive. I’d heard the word before, with some of Ian’s friends, but I didn’t know how it was different from being a slave.

Stephan has fallen for Anna, and while she can’t imagine ever leaving him, she can’t imagine wanting, accepting, or even, liking a “Master’s” form of discipline. And while he and his lifestyle friends try to show her that life with him will NEVER be as it was with Ian (her kidnapper), her fear has her paralyzed.

“I would like for you to stay. How do you feel about that?”

She shifted on my lap a little.

“Why do you feel scared?”

“You want me to be your… submissive,” she whispered. “Yes,” I answered.

So this is what the book is about. A continuation of the very cautious relationship between someone who wants to save and protect, and someone who needs to be saved and protected. And as he attempts to prepare her for the real world (even venturing out in public can be dramatic for her), he (and we) also learn about her past, and how she ended up where she did.

I liked each book for different reasons. The first, because we saw a completely broken soul slowly realize that she might be able to trust someone, and watching her grow from her most basic slave functions (no eye contact, always on the ground, bowed, ALWAYS doing everything the Master says and NEVER doing anything UNLESS the master says… and I mean ANYTHING), to realizing that she can exist and just “be” without being punished. That is certainly something to behold.

In book #2, we go a few steps further, as she also realizes she can be happy. She can enjoy herself. She can smile… she can even “want”. And as they explore each other (willingly), she realizes that she is cherished. Yes… it does have a bit of steam.

She can think of her future again, but how does she keep Stephan in her future, if she doesn’t want to be his “submissive”. What does she want? What does she need? And can they be that, for each other?

That’s what I enjoyed with this one. While I was able to put it down, and I never had an extreme sense of urgency or excitement reading it (just as with the first book), it was overall, a good story. It doesn’t move fast, and is pretty much a continuation (albeit progressing a bit more) of the first one, but let’s just say…. it’s not over yet. 😉 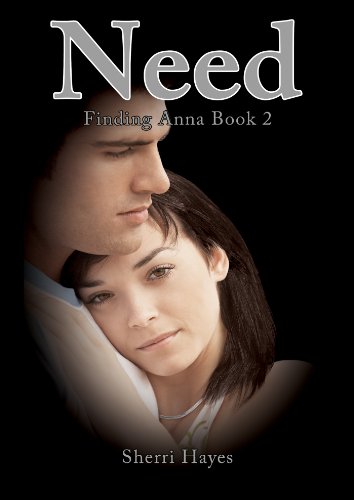 There’s an interesting discussion going on at Dear Author right now about these two books. Their take on it was very different, and I have to say that I agree with them. When I was reading your review, all I could think was “hang on, what right does he have to try to make her his submissive?”. He doesn’t physically abuse her, but still, he BOUGHT her so she’s really still a slave. The whole point of BDSM is supposed to be that both parties go into the relationship willingly. In this case, this poor girl has never had a chance to choose. She needs to be given her freedom and a lot of therapy with a real therapist. Then if she wants to choose this lifestyle, it would be a valid choice.

Yes, you are exactly right!!

I suppose in the review I was lightly detailing the story (to give a new reader an idea of what they were going into) and my feelings overall regarding my own reading experience but yes!!

Without trying to give away too much of a spoiler, even though he does tell her she is free to go at anytime and that she is not his slave … there is still a strange dynamic between the two (her ingrained, forced fear of men, and her hero worship of him), mixed in with his feelings for her and hope of what they could be (and of course, how he *wants* them to be).

This book is about her time with him trying to figure out what she wants, and she quite struggles with it (with reason). At her young age and considering her “past” before she was kidnapped, and her time being abused the way she was, YES … lots of therapy is a MUST.

Absolutely. In fact, while I could appreciate his saving her from Ian, I found that I did not “fall for him” as I like to do with my book heroes. I was reserved about him and there are certainly quite a few reasons for that.

It’s certainly a different kind of “love story”, that’s for sure, and I’m curious where the author will take it for future installments.

I do really appreciate your review (and trying not to give too much away). I think these books are not for me. I’ve read some of the “darker” stories and I know that some people love that whole lifestyle and willingly choose it, but I have to be in just the right mood to read about it.

I loved the book!!! I do believe Anna needs therapy but he is her therapy he gives her the strength she is currently missing…. this is after only reading the SLAVE… but I’m having a problem does anyone know when NEED is going to to released on NOOK?

I have been checking your website for awhile and I found it quite amazing. Especially the parts about “what to read after..” were completely beneficial.

As for these two books, well, I just finished reading the second one “Need”. As you said I had a hard time actually falling for Stephan. He seemed somehow mysterious , sometimes distant and overall quite difficult to read. I can’t say that I didn’t like him because most of his actions were quite nice. But at the same time some things still didn’t sit well with me!

Like his intense oppose toward anything related to therapy , therapist , psychiatry and similar matters. (although I think somewhere during the book he mentioned the reason). All during the reading I was wrring with my thoughts and this question ? wasn’t it better for her if he accepted some professional help at least alongside his own help? and I couldn’t shake the feeling that maybe the reason was the need for him to make her all dependent to him? for him to be her only resource all the time?

I can’t really say if the issue of him not taking her to a therapist and taking all the decisions to himself was actually good or if it would have been better if she had gone to a therapist for healing, because of the fact that human mind is very complicated system but it still leaves the big question of the book’s overall message and what it want’s to convey, which is “is it really healthy for a woman in Brianna’s condition to get involved in such a lifestyle again? so soon after her very abusive past?Or is it right to deny her all professional help?