New Life
I was thrilled to find out that Bonnie Dee had just released another contemporary romance and after reading the synopsis, I knew it was for me, because of the unconventional nature of it. Considering how much I loved two of her other books (Finding Home and Bone Deep – both made my best of 2011 & 2012 lists), I knew exactly what was next on my TBR list, and I immediately emailed my friend Tina (who is also a fan) to let her know.

Maryse: … finally settled on that new one from Bonnie Dee.  I LOVE her very “out there” unconventional contemporary romances. Two of her books have both landed on my top 25 each year. Remember she’s the one who wrote (co-wrote) Finding Home (the teen homeless guy that moves in temporarily with the 20-something year old reporter…) AND

Maryse: she wrote Bone Deep. YEP!! that I LOVED!!

Maryse: and I just (by web-stalking her 😉 ) found out she just released another book and it is SO up my alley!

And it was. Maybe not my absolute favorite out of her set, but so perfectly “Bonnie Dee-ish”. Another passionate love story between your regular, average (but pretty) woman and a troubled man.

Some people don’t have much of a function in your life, so you don’t see them – until something happens to draw your attention to them in a new way.

You know what? It’s pretty close to her other books, for me, and I enjoyed every minute of it. Well. Almost… there was this part that punched me in the gut. I sat there, jaw dropped, struggling to continue. My mind kept… going back to that. Imagining it. Reliving it in my head. Backtracking to a few “before” scenes, and then back to that again… shaking my head, thinking… whaaaaa??!!!

Yep!! You’ve heard me experience that (and say the above) before, and this one was no exception. It caused me to have another one of “those” moments, and I love when that happens to me, even if it does so by hurting me in the process.

Still, though, it fit the story. The super-fast (but can’t be helped) passionate progression, the personalities, and especially the hero’s personal growth. It gave it that dirty reality edge of “sometimes stuff sucks when you least expect it.” And that’s what I love about Bonnie Dee’s writing. So raw and realistic. Unique story lines that are not so far-fetched (okay maybe her other book, with the head-to-toe tattoed man, but even that… you know?). A bit exotic, a bit taboo, a lot socially unacceptable, but nothing too crazy. But still. Stuff that can really tick you off, and test them (and you).

A new young lawyer (Anna), devastated after having lost her first court case, is comforted one day by her law firm’s good-looking janitor. And they truly connect.

Anna’s gaze swept over me from head to toe, leaving me heated. “Not at all funny looking.”

They strike up a secret friendship, and seek each other out at work, any chance they get. So what’s the big deal other than their significantly different income brackets?  Jason suffered physical injuries (including brain damage) after driving drunk and losing control of his vehicle.

I have a mental disability, but I wasn’t born this way. It took extra stupidity for me to get this way – driving drunk, shooting through a windshield, landing on my noggin and scrambling my brains permanently. I don’t babble and I don’t drool, except sometimes on my pillow when sleeping, but everybody does that.

And while he’s much better now, he continues to struggle with many things, mentally being the worst of it.

He was anything but slow, despite his halting speech pattern. His sharp features would’ve been almost too conventionally handsome without the jagged scar that ran from temple to jaw on the right side. It gave the impression of trial by fire. This man had been through something heavy duty and emerged on the other side. I’d wanted to know what caused the scars, the fragmented speech, and the stiff gait when he walked…

Social pressures from both sides remind them of their highly irregular fit, and their own personal insecurities and worries about the future… well. Let’s just say there are some issues to face, and work through. Or not work through. I’ll let you find out where it goes. And how it gets there, is the best part. Or, depending on the reader, at times… the worse part.

Maryse: YES!! It’s really good. I didn’t love it as much as her other two – but I really liked it overall. It was another original piece and was a refreshing read. I love her!

Tina: I like the way she is writing Jason. I love his character and his voice…

Maryse: He’s so real. Used to be such a player and now … I love his backtracking… his remembering who he was to who he is now… Where are you in the book so far?

Maryse: yah – I find it is a tad bit rushed towards the end but there’s enough going on (and experiencing him, and them) that I really liked it anyway. I love her unconventional men… and love stories. Forbidden and taboo – I mean even this. This is her most “normal” contemporary romance and still… there’s a seriously big issue to contend with.

Tina: yes. they aren’t rich, spoiled, alpha but they are alpha in their own reserved ways. That silent strength… and rising above adversity.

Maryse: THAT is my favorite. I can’t wait to see when you get to a certain part.

Maryse: whatd’ya think? What about that part? Ohhhh I was furious!!! I kept re-living it in my head and it took me FIFTEEN minutes to continue reading. I think I re-read the paragraphs after it like 5 times before I finally absorbed them, and continued the book.

Tina: I know but the story needed that to happen… and it helped that I as a reader wasn’t just pitying him. On the road to recovery, he needed to be tested…

So 4 stars it is! At first I struggled, trying to decide if I liked it as much as her other two that I read, and I’ve come up with “almost”. While her stories are often on the shorter side, they are so well written that you still feel complete and satisfied with the read as a whole. The attention to detail is always there. That said, I think this one could have been even better with more detail and slowed down somewhat (especially towards the end). Other than that, I really really liked it! 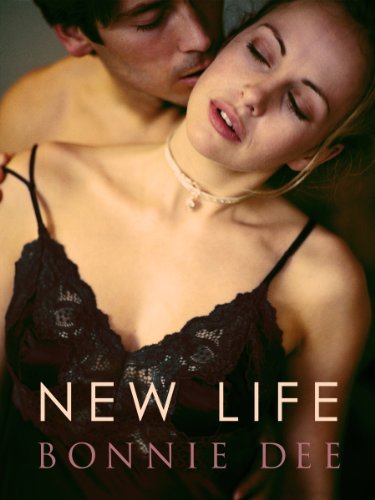 Well, I was trying to figure out what to read next so you just made my decision for me, Maryse! Again! Loved Bone Deep and Finding home even more so looking forward to settling down this eve 🙂

Bonnie Dee is an excellent author. I loved “Bone Deep”. This one is definately on my TBR list. 🙂

I love Bonnie Dee! Have you ever read her short story Four Kisses? Another one of hers that stuck with me.

Thanks for the heads up! Didn’t know she had a new one.

Just got done with this one. To put it plain and simpe, I really enjoyed it! I love reading about the unconventional romances as well. I really liked her writing and am actually starting another one of her books, Four Kisses now! 🙂

That’s what her books do!! They “stick” with you. I just downloaded another one that she co-authored. “Butterfly Unpinned”. Can’t wait to start it!

Now I gotta check out this Four Kisses.

I love Bonnie Dee’s writing as well. I will check it out.
Four Kisses was sweet and short, I feel like it should have a sequel. The sudden end left me wanting more… Can you find out if there is a possibility of a sequel?

I’m so glad you enjoyed New Life. It was a pleasure to write and flowed quite easily for me. Let me tell you, it’s no fun to get “stuck” on a plot, beating your head against an invisible wall and not being able to push through. That’s the status on my third zombie novel. Yuch!

Four Kisses, btw, is not likely to get a sequel. I wrote this short story last winter when I was in a horrible writing slump (again working through sticky plotting issues on another book. I HATE plot, why can’t it all be pillow talk?). I needed to write something just for myself to remember why I enjoyed writing in the first place, so I painted four little vignettes of a mismatched couple across the years. I wanted to title it Three Kisses because it sounded like Three Wishes, but my crit partner said the time when he blows her a kiss should count so it became four.

Thank you Bonnie Dee for the reply . It’s very special that you take time to talk to your fans.

I hope you get out of your Zombie writing slump soon, so you can write us some more steamy contemporary!!! 🙂

omg. I have been looking for a book similar to my all time fave undeniable. and thanks to maryce blog I found it in reaper’s property. Ausome book.I know its going to move up to # 1 soon. Thanks Joanna for my new favorite bad boy. I love Horse.

love reaper’s property. just as great as undeniable. horse is my new favorit

I really enjoyed this one. I read this a while ago or at least several books ago. I love a book that sticks with you. I also love that the conversations seem real. I agree that the ending seemed a little rushed but maybe I just wasn’t ready for it to be over. I would love to revisit these characters.