X
You are here: Home / My Book Reviews / Book Review – No Mercy by Sherrilyn Kenyon

No Mercy (Dark-Hunter)
This installment in the Dark-Hunter series (sent to me by the publisher) was entertaining enough, but unfortunately not one of my favorites. While it was action packed (practically non stop from the start) I found myself almost winded with the main character’s constant struggle to stay alive. The romantic angle was nice, but there were many missed opportunities where personal moments could have been expanded upon. Deep and personal conversations, revelations, and quiet moments (as there have been in past books in the series) might have helped me “feel” the characters more, and believe their connection. It almost seemed like the majority of the heartwarming or sad moments happened when the main characters were apart. Despite that, they managed to fall in love anyway, so…that’s good 😉

Samia is an Amazon warrior queen who became a Dark-Hunter when she and her loved ones were slaughtered due to a jealous rival who coveted her title. Getting her revenge, however, left her with an eternity of loneliness, since the one gift she acquired when becoming immortal, was the ability to absorb all life details from objects and humans. The inundation of information (bad deeds, sad moments etc…) from anyone or anything she touches becomes overwhelming and painful and forces her to live her life of solitude.

Dev (who, by the way, was totally crush worthy, despite the lack of sigh inducing moments) struggles with his own emotions after the death of his parents. Due to an unfortunate situation when he was young, he refuses to leave his family’s side, as he feels it is his duty to protect them at all cost. He bears a heavy burden, and despite the reality of his past, punishes himself as he carries a secret guilt deep within himself.

Dev and Samia meet, and feel an instant attraction. When Samia realizes she can touch Dev without the emotional overload of his life force (who knows why?), she decides to take advantage of a strictly physical relationship with him, and well, you know how that goes 😉

Sam’s senses fired as she tasted the heat of Dev’s kiss. Raw and demanding, he ravished her mouth and left her breathless. But it wasn’t just his kiss that ignited her, it was the fact that she couldn’t feel his emotions while he did it. Hear his thoughts. For one moment and for the first time in over five thousand years, she heard nothing but the beating of her own heart. She felt only her sensations.

Not his. Not even a smidgen.

That reality ripped through her and made her hungrier than she’d ever been before. She could sleep with him and not be haunted by it.

They like each other plenty. But due to their unusual circumstances (she’s a Dark-Hunter, he’s a Were-Hunter, she can’t have children, he probably wants some, she still loves her dead husband, he’s not her dead husband) – she keeps rebuffing him after she “gets hers”.

“You okay, baby?” He reached out to touch her.

She pulled away instantly. “I need you to leave.”

Dev held his hands up in surrender. “Fine. But if you need me – ”

Despite her rude rejection of him, he finds himself inadvertently tied to her when they realize she is specifically being targeted. After a few unexpected attacks on her life (or attempts at kidnapping her), Dev becomes her number one protector. Ahhh perfect! He has to hide and protect her, which means lots of opportunities for personal time between the two, right? Nope. As strong as Dev is, he’s mostly unsuccessful at keeping her safe. When she disappears yet again, the Dark-Hunters realize they are up against a whole new kind of enemy.

From here on out, it’s nonstop combat and conflict, and each solution seems to open the door to yet another puzzle to work through. At that point I was all…”NO NO!!! NOOOOOOO! I don’t understand. It’s toooo hard! Wait what?! What do they have to do? Whaaaaa??? Nope. They’re not gonna make it – this is impossible!” I even contemplated putting the book down, and waiting until I had more energy to continue. Has that ever happened to you? Where you know you’re about to embark on a reading battle deluge that you might just not have enough concentration for?

There were so many booby-traps, and different enemies that all had their own agenda. The story kept me guessing as to how it was all connected. I’ll let you figure it out 😉 . Then maybe you can come back and fill me in? LOL! I’m still wondering about some parts.

So there you have it. For the most part, I liked it. There were a few super sweet Dev moments (okay…mini *sigh*). It wasn’t all battle. I’m just used to the author “expanding” more when it comes to the emotional and physical intensity between the main couple. On another note, I did find all of the characters slightly snarkier than usual. Everyone seemed to be in a dreadfully sarcastic mood (especially Ash – even worse than usual). Where in the past, we’d get a mix of his sarcastic wit and his deep wisdom and considerate care, in this one…not so much.

But still… here is my favorite “Ash” moment (Ash consulting with Urian about the latest Stryker issues) – and I did giggle profusely:

He gave Ash a stare that doubted his mental functionality. “What he’s always wanted. To kill my grandfather and subjugate the humans.”

Ash returned the “duh” expression. “I didn’t ask for the goal, Urian. I’ve known that. What I need is the game plan…”

Tee hee! For those of you familiar with the series, you know why this is funny. Urian repeating the obvious (and it’s been the obvious for about, what? Ten books now?) But better yet, was imaging these two hunks staring each other down with the “duh” expression. LOL!

But back to the mood of the book. It’s like everyone (best friends or not) were at each other’s throats at every turn. They were a great team as usual, but a grumpy bunch to say the least. Who knows? Maybe it’s because Nick’s usual comic relief is missing (considering his situation, I guess that’s to be expected). I will say, Nick fascinates me the most right now. I can’t wait to continue his story. Oh and Urian. I hope Urian gets a second chance at love 😉 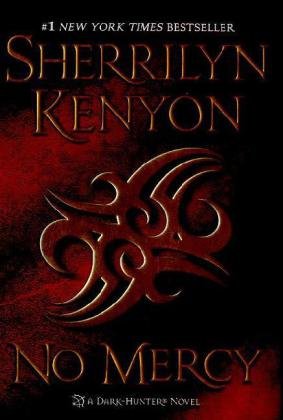 I completely agree! I saw that you had some of my favorite authors on your favorites list and I had to check this one. I used to roleplay Dev on Facebook, didn’t feel them as well as I had the other couples. Glad to see I wasn’t bias. Love your reviews!