Nocturne
Yep… I had a GREAT reading week, ’cause here’s another sexy one that has that forbidden love affair quality, and what a gorgeous, passionate, naturally angst-ridden story. I was pretty antsy for this book to go live, so I could post this review. 🙂

Fraught with romantic tension. The want. The need. And yet, strictly forbidden (in more ways than one). At times, it was emotionally agonizing, but not eye-rollingly so. The impeccable writing detailed every nuance of their musical world (you’d swear the authors were virtuosos, themselves), and seductively explored a love affair laden in tender moments and emotional upheaval. Equal amounts of both.

Everything made sense. Every moment of hope, potential loophole and bump in the road that hurtled them on a downward spiral, forcing them to make impulsive decisions… I could see happening. I could see myself saying, doing, or reacting in the same ways. Deciding the same things, and only hurting myself in the process. Whether I agreed with them or not, I understood it.

Savannah, a flutist (and pretty much a musical virtuoso), auditions and is accepted into one of the most prestigious conservatories in the country. And to her dismay, soon realizes that one of her music theory teachers (Gregory) is the handsome yet reclusive, demanding, pompous, and most uncompromising (yet one of the most highly acclaimed cellists) in the country.

His reputation as a person, however, was less impressive. He had a knack for belittling students, making them feel like they knew nothing. No one needs that kind of harsh negativity in their lives. He could be a dark, broody, reclusive musical stereotype on his own time for all I cared.

He was hard to look away from, however.

He’s rigid, she’s free-spirited. And while he recognizes her incredible talent, she drives him crazy with her instinctive casualness to the musical world and her own future.

Boy do they clash heads.

What kind of man produced such incredibly emotional music, then denied that emotion had anything to do with it?

And as you know… those who drive you emotionally and mentally crazy, just might do so in all matters. She makes him seethe. He makes her fume. He can’t stop thinking about her.

It was disturbing on far too many levels. She was my student. She was volatile and emotional. She was a disaster waiting to happen.

She blushes every time he walks into the room. Their attraction is undeniable, but social expectations (and his own unyielding personality) keep it all at bay. The tension is intoxicating.

Gregory’s eyes met mine across the coffee shop. For the next twenty-two seconds, we were the only people in the coffee shop. Then he broke the spell, looking away, leaving me devoid of reason and racing for the door.

And oh my! When they play music together, they converse… no, communicate emotionally with every note.

I caught my breath because it was as if she was speaking to me in a private language only we knew. The room had narrowed, only the two of us, and the music between us.

And everyone can see it. Them. Rumors start circulating.

Fun, but at times for me… a tad tedious in it’s brilliant narrative (although needed for us to appreciate the talent). Since I’m not a music-theory/classical music “aficionado” (although I wish I was) I found myself occasionally skimming some of the extra detail, and tuning out of some of the more cultured conversations.

No worries, Savannah is over 18 (and I believe actually in her early twenties) when things really get moving. But while we’re “safe” in that aspect of “right and wrong”, everything else goes out the window. That’s the only hint/warning I’m giving you. 😉

She met my eyes… then had the nerve to wink at me. Against my will, I found myself grinning…

*Important note: Okay, stop here if you want to read this book not knowing anything more. I don’t spoil it below, but I do analyze things, and my reactions to them, and I would hate for you to mistakenly (or correctly) “deduce” parts of the story before you get to experience it, yourself.*

Even in it’s moments of uncomfortable moral dilemmas and socially “unacceptable” choices, (there were a few 😉 ), there was always an “obviousness” in the back of my mind, overriding my every hesitation while reading this (’cause it gets… ugly). And that was the undeniable soul-deep connection that just HAD to find a way. Emotional human error, spur-of-the-moment reactions and well-meaning (but uninformed) influence helped determine an almost unnatural outcome to something that could have been so pure. And the consequences were almost unforgivable.

I “ohhhh nooooooo’d”, out loud, a few times, and delighted in my moments of shock. Ohhhh I was SO mad at times. At EVERYONE!!! I “called out” some of their closest “friends” in my notes. 😉

And in it’s logical progression, it’s growth, there were two phases. A change. At first I resisted, not accepting what I was reading and then, a literal slap in the face, and I was back, baby! Connecting again, ohhhhhh nooooooooooo’ing again. Both stages kept me on the edge, bristling with nervous tension, and I love where this story lead us. The risks it took. The “real-life” bad decisions and the subsequent aching consequences, due to undeniable, overwhelming desire.

You can feel the love. You can feel the pain. And you can feel the shame. And not just the obvious “social” shame (for carrying on what many on the “outside”, would consider sordid, in the first place), but that of hurting someone you love most for your own selfish expectations.

A fantastic, gently tumultuous ride. How can it be both? I know. But it is. It was a sort of… considerate “crazy”, that may not have completely overwhelmed me, but certainly unbalanced me. A smoothly progressing story, with occasionally jagged edges that hurt,  but didn’t cut me too deeply. And I admit, when it comes to books (and experiencing the emotion within the “safety net” of the book) I wonder if I had felt it on a more intense raw level (even the “sordid” moments), if I would have 5-star loved it? I saw it, knew it, and felt it, but I wanted to be overwhelmed by it. I wanted to be consumed by their love and their pain.

But still… I felt it plenty enough to love it as a whole.

4 stars (maybe more?) for the emotional ride, itself. I’m still on the fence. I think if in a few more days I’m still thinking about them, I’ll know for sure and 5 stars for the immaculate writing.

Thank you to the authors for sending me a review copy! 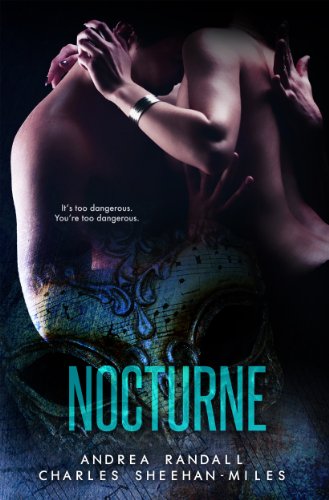 I’m just putty in your hands Maryse;) Just one clicked. Sounds really good and loving the cover!!! Between your review, synopsis and cover looks like a win win to me. Still trying to come down from Wethering the Storm that I just finished. Amazing. Xxoxo

Let me know what you think, Linda! 🙂

Was going to pass – now I will have to read. Now added to TBR.

Your just made more nervous to read this book!

Ugh Maryse! You’ve changed my TBR AGAIN!! Finished Exposure over the weekend (loved it but too short and felt like I needed more or it was missing something in the end) and just started Arsen….ugh! Just 1-clicked this one now! TOO MANY BOOKS, NOT ENOUGH TIME!!

Maryse, thank you again so much for the kind review!

Does the TBR list ever end??? Never!! Hot hot hot I just finished Exposure!! Arsen is next for me too!! I agree with you Jean, TOO MANY BOOKS, NOT ENOUGH TIME!! Ooops forgot to eat again! Now I am starving!!

I’ve been having very much fun these days!! I’ve barely put any down, so many good ones right now!

I thought it was good, also! I was PISSED at a couple of the side characters for not realizing the depth of feeling between Savannah and Gregory right before “part 2” (especially Madeline). And I couldn’t stop giggling about how she thought Nathan was a certain way (even though I felt so bad for Nathan at that point…I mean come on, you’re best friend has a widely wrong assumption of you! I could feel his mortification). Overall, a great read!