Relentless Rhythm (Tempest #4)
<— Well I couldn’t help myself with that blurb. I’ve been paying attention to the releases in this series for awhile now, but for some reason… I haven’t read any of ’em, yet.

Until this one. Yep. I started at the end. LOL! And it read well as a standalone (although I do feel I would have been better served to read all of ’em, and get to know the entire cast of characters that were a part of these members’ lives).

But… I couldn’t help myself. It was a brand spankin’ new release that ‘caught my eye ’cause it’s synopsis made me SO nervous. Angsty sounding in every way, ’cause he’s a bad-boy rock star, (so you know there’s gonna be that… plus he’s got issues. 😉).

But it was this part that made my stomach drop:

It would be so easy to fall under his spell.

Except for that ring around her finger.

Eeeeeep!!!! What kind of angsty romance/love-story/anti-love-story was I about to embark upon? I mean… you knowww. Right!?? She works as a bartender in a bar he frequents, he’s the stereotypical bad-boy/rock-star/man-whore, and she’s trying not to look at him… until she’s forced to one night, when he comes to her rescue after a drunk patron physically assaults her.

Oh he was swoon-worthy for SURE!!! And she struggled to resist him. But eventually… she couldn’t anymore.

The two of us together within the make believe world we’d created. The one in which that platinum band on her left hand didn’t exist.

But it’s so much more than that, my friends, because her husband? Maybe… he’s not so nice. And therein lies the changes in my nervous discomfort for possibly enjoying this angsty love affair, to my nervous terror for her own safety.

This one’s about that innate need to love and be loved. And the consequences that follow, for those that have already committed elsewhere, sometimes… where no love exists.

His emotional detachment didn’t even make my heart twist anymore.

And I’m going to end that part of the “what’s it about” section, there.

That was heady stuff right there, having a man so into you that he wouldn’t even consider looking at another. But that sacrificial component was always present in love’s purest form. That feeling that you would do anything to make the other person happy and that confidence that they would do the same. Yeah, I still believed in the concept.

As you can see by that quote above, very well written, but surprisingly “light” in it’s overall writing-style. Nothing… that profoundly explored, which I would have loved.

Okay now… careful!! If you plan to read this and want to go in “blind” stop here. I don’t spoil anything but I analyze my experience of it, and so… you know. 😉

Maybe it was because the story felt a a little fast from start to finish. I didn’t get to indulge in the long-term pining between the two, before they finally let each other “know” how they were feeling, and the impossibility of it all. I knew there was an innate attraction, but I would have loved to understand it. The why of it. Maybe there’s no why. Maybe it’s just that “soulmate” thing.

Or maybe it’s a slow-burn in the books previous to this one, and I should have read them, to finally get to “this” part? I dunno.

And while there was that resistance… that “push-pull”, it too, could have been a bit more… angsty for a love story such as this one. A bit more drawn out. A bit more detail. A bit more emotional pain, so when they do finally give in, there’s that maximum *oomph* that has me melting on the spot, consequences be damned, you know?

It’s there, just… not in the intensity I look for in a forbidden romance. It had all of the right elements, in just the right order, but not enough of it to turn this one into an all-time “favorite” that I would scream from the rooftops.

So yeah, nothing that “intense”… well… except for the lyrics, that is. WOW. I LOVE the lyrics to one of the songs he wrote, and I must insist the author do something with that!! And even if it was “light” in it’s writing-style, it certainly had it’s depth, and it’s dark moments too.

I think he believed he’d beaten me. But I knew something that he didn’t.

There was more than one type of bravery. And surviving was mine.

Okay for sure, there was some *ooooomph!!!* moments. 😉

A good, easy, often emotional read with a just a bit of everything (romantic angst, emotional drama and at times… it’s even scary).

P.S. Oh wow… I one-clicked this one on my own yesterday (purchased it when I decided on it) but it looks like the author had already sent me a review copy… so thank you Michelle! LOL!!!! I’m a book-mess. 😉 Tee hee!!! 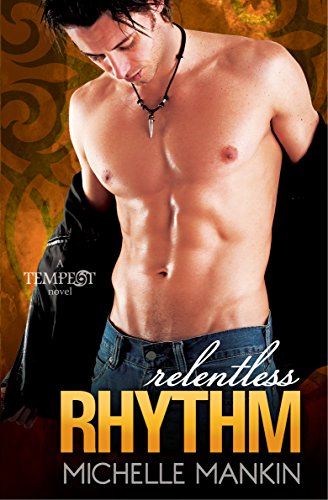 Yum tum I want to read it too as it’s just the type of books I love ( more angst the better).

Sounds like a good one to read before I start the EIT series!