Samson’s Lovely Mortal (Scanguards Vampires Book 1)
This was an enjoyable, easy read.  I read it in one night, and didn’t get bored once. It may not have driven me to my blog in a frenzy to tout it’s amazingness but it held my attention and I will definitely be continuing the series. And better yet, it’s one of the free Kindle e-books I downloaded (and it looks like it’s still free!!)

It had all the “old-school” stuff that I love in a vampire romance novel.

But it wasn’t just the cliché stuff  that had me going (and yes, I readily admit, I still enjoy that kind of stuff). There was a little mystery going on, and a few surprise *whoa* moments, when the pieces started coming together. But of course, before the puzzle fits, it has to cause lots of turmoil and misunderstanding first!

My eyes did bug out when I read the very first line in the book. A little … 😯

It pretty much hinted at what kind of genre I was in for. Reading an adult novel of this genre, means there’s lots of it, but I’m happy to report, there was plenty of actual storyline to keep it all interesting.

Okay. Enough about me and more about the book!

Delilah is an auditor hired by companies to audit strange “goings-on” in the corporation. Misappropriated funds, etc… She thinks she’s boring, others think she’s a pain. Especially those being investigated. One evening, on her way back to her hotel (she’s on a business trip for an audit she’s working on), she’s attacked. She runs to the nearest house (you guessed it… a vampire’s lair – ohhh if only she knew…) and begs to be let in.

Samson is a wealthy vampire and owner of a prestigious security company (Scanguards). He is well respected (and even well loved) by all of his employees, his friends, and his social entourage, but he has his own very private insecurities. He’s just getting over a painful breakup with his ex-vampire fiancee, but his manhood has not gotten over it at all. Since she’s betrayed him, he hasn’t shown any physical interest in anyone around him, no matter how hard the other females try. He may be undead and re-animate every evening, but some parts of him haven’t gotten the memo. Until he opens the door to the female banging on it, and yanks in a frenzied human. He’s expecting a stripper (it’s his birthday) and thinks this is part of the act. But instead of going slowly with her, he feels a certain *stir* in his pants, and relieved that he’s coming back to life in all aspects, decides to take full advantage of the situation.

Imagine poor Delilah, trying to escape a mugger outside, thinking she’s found safety, and suddenly being sexually harrassed and locked inside this huge house. Loaded with males. Vampires, to top it all off. Luckily, for her sanity, she doesn’t realize that part.

When the actual stripper shows up, Samson realizes his mistake, introduces himself and apologizes profusely.

Would she be his undoing just as the biblical Delilah had been his namesake’s downfall? Yet another good reason not to touch her again.

“I must apologize. I’ve been rude, and it’s inexcusable.”

Inexcusable, yes, but arousing nevertheless. He wanted to feel it again: the heat, the arousal, her body. Even now, dressed in shapeless clothes several sizes too large for her, she looked more tempting than any female vamp he’d ever set eyes on. Her scent teased his senses, threatening to overpower his good manners once more.

“It was a misunderstanding. Your friends explained.”

She acknowledges his apology, and even takes him up on on his offer to take her out to supper the next day (after all, he is gorgeous and suave. How bad could it be?). After she leaves, he tests his newfound excitement on the stripper, but his “ego” quickly deflates when he realizes his excitement is reserved for the mortal female, and he becomes obsessed with wooing her. She’s his. His body doesn’t lie. And woo her he does. Lot’s of super intense, sigh-inducing moments, and wow… do they connect.

After a few more attempts are made on her life (from the same mugger) they quickly deduce that someone is targeting her specifically.

“I recognized him. He was the same guy who attacked me last night.”

The realization hit him like a freight train. “Are you sure?” Samson put his hand under her chin and urged her to look at him.

Damn it. He shouldn’t have let him get away. It couldn’t be a coincidence it was the same guy. Something was wrong. Seriously wrong.

So she temporarily moves in with him. How convenient 😉

“Somebody is obviously after you, and until we know who and why, I’d feel much better, if you were under my protection.”

His vampire friends are concerned for him, his ex-girlfriend is appalled, but they are having a great time (while of course, investigating the nature of the attacks).

But things go wrong, as they always do. He begins having certain suspicions, and as pieces of the puzzle start to come together, he makes a few assumptions. Samson, Samson, Samson… Men 🙄 Couple that with Delilah’s irrational fear of vampires (tee hee!), and you got a whole lotta drama!

And that ‘s not the worst of it, but I will leave you to it to enjoy the twists and turns. While much of it is a little obvious, it’s all still fun to experience the moments as they unfold. And, I’ll admit, it took me a few moments to clue in to the “bad guy” situation, and a few other revelations that had me *mini-squeeing* in delight. I gave you a hint (in terms of the drama), but believe me, there’s a whole lot more where that came from. 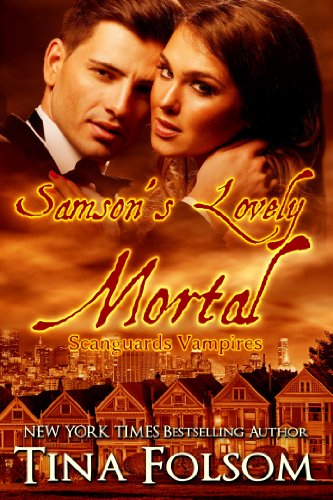 UH? Maryse,,,what happen to the warriors of the Underworld…..you can’t do this to me,,,cause I have this book ,,(,it was free with Barnes and Noble,,on the Nook,,I got it before I went to fam reunion..).means Im gonna finish up Reyes’ and jump into this,,,lol no I’ll finish,,,the underworld,,warriors..sheesh,,,I can’t keep up,,,I need multiple personalities..so I can read like 4 books at once,,,Ive tried keeping up with just my 1crazy personality and it doesn’t work out so good,,I get confused..lol characters get all mixed up,,,,,,
Great Review..
Jennifer

LOL! I know… I had to stop in this one and think …ummm was she a soaking wet human at his door, or was that another book? LOL! I left that part out. Figured it wasn’t important to the review anyway.

No worries. I have not abandoned my Lords of the Underworld, but I guess I was just in the mood for some “fully human/vampire love” LOL! I like the biting 😉

My favorite part is the biting,too,,lol Im trying to remember when the last book I read had biting in it…ouch,,,I haven’t read anything in awhile with biting..Im sitting here trying to think what the hell,,,I guess its been awhile,,,lets see we did hunger games,,,then I read Backstage Pass and Rock Hard,,well Im getting close to biting with with these guys marking there female..lol but I know *sigh* its just not he same,,,
Jen

Yup… I needed a little traditional vampire romance. Modern, but fully vampire is my favorite kind.

I, too, found this book on the free kindle site. It was fun and entertaining. I quickly downloaded the entire series and read them in a long weekend. They were so fun and each one led to the next one nicely.
You’re both right, it was just a nice, light little segue from all the other adult vampire books out there with some real ‘bite’! 🙂

this series really gets better with every book…..