It has been hinted, in past books, that the pompous and possibly malevolent Dark-Hunter, Valerius, might not have the heart of stone that his father and grandfather did. There might be more to him than what is portrayed by his arrogant persona. In this book, (book 7), we get to luxuriate in his distinguished, cultivated, yet sensitive side, and he proves to be a man worth loving (which I most certainly did!)

Again, another winner of a book, the refined Valerius crosses paths with the exorbitant self proclaimed “vampire hunter”, Tabitha (Amanda’s twin sister). After stabbing him (she was slightly overzealous in her Daimon killing), she brings him to her place to help him heal. Realizing who he is (the enemy of her own brother-in-law, Kyrian), she understands the necessity of hiding the fact that they are helping each other (and somewhat temporarily living together).

Valerius opened his mouth to contradict her, then stopped. There was no reasoning with Tabitha when she was in this saucy mood. “Are you testy because you didn’t get enough sleep or do you wish for me to leave?”

“I didn’t get enough sleep and if you know what’s good for you, you’ll sit down and eat.” She headed to the kitchen.

Valerius didn’t listen. He went into the kitchen, picked her up, and tossed her over his shoulder.

“What are you doing?” she asked, her tone angry.

He sat her down in a chair and braced his hands on its arms so that she was pinned there. “Good evening Tabitha. I’m fine tonight. How are you?”

“I’m sorry to hear that,” he said lifting one hand up to caress her cheek. “I woke up to the smell of you on my skin and I have to say that it put me in a rather good mood that I don’t want you to destroy.”

Tabitha melted at those words and the tender look on his face.

While their personalities should seemingly clash, they quickly find themselves to be kindred spirits, both ostracized for their unconventional behaviors (she’s wild and he’s reclusive).

Valerius was raised in a household of abuse (again, under the assumption that it built character). Witness to the torturing of both Kyrian (by his grandfather) and then his brother Zarek (at the hands of his own father and brothers), he had been obliged to form a shell around his heart to protect himself and anyone he has ever cared about from harm. As a Roman General, he had allowed himself to care for someone (from a distance), causing her to be killed, which secured his reason for not ever loving again. Again, as a Dark-Hunter, when he tried to do good, the outcome was bad;

The last time he tried to help someone had been over a  year ago when Acheron had asked him to help fight Daimons off a Katagaria wolf pack. He’d gone willingly but during the fight, Vane and Fang, the two wolves they’d been helping, had lost their sister to an ill-placed Daimon strike. She’d died in her brother’s arms.

The sight haunted him to this day.

Valerius had told Vane that anytime  he needed him, he’d gladly lend his sword arm to the wolf. Luckily, Vane had never needed him.

Perhaps, but it wouldn’t bother him so much if he was the one who bore the brunt of it. The disaster always seemed to fall onto the ones he tried to help.

Keeping people at arm’s length has become second nature to him, and not even his own Squire, Otto, can stand him (doing everything he can to irritate Valerius). His brother Zarek, now a god, sporadically torments Valerius with his powers,

Tabitha gasped as Valerius was thrown against a building from the lightning strike. Before she could take a step toward him, it literally started pounding rain on him and no one else. In fact, the only place it was raining was where Valerius lay on the ground.

“What on earth?” she asked.

Valerius took a deep breath as he slowly pushed himself to his feet. His lip was split, and he had a cut on his cheek from where he’d hit the building. Without a word, he wiped the blood off with the back of his hand, then felt the wound on his cheek.

He was soaking wet while the rain continued to fall on him in a pounding staccato beat. “It’ll stop in a minute.”

Valerius wiped the water from his face and then wrung his ponytail.

Tabitha was aghast. “What just happened?”

“My brother, Zarek,” he said wearily as he shook his arms and sent water flying. “He was made a god a couple of years ago and has since turned me into his full-time occupation. It’s why I no longer drive anywhere. I grew rather tired of my engine just falling out of my car for no apparent reason whenever I stopped for a light. The only safe mode of transportation I have is my feet and as you have witnessed, not even it is completely safe.” There was no missing the anger in his tone.

He nodded. “He only comes after me.”

She started to approach him.

“Don’t,” he said, his breath suddenly forming a small cloud as he spoke. “It’s freezing here.”

Tabitha reached out her hand and felt the arctic air that surrounded Valerius. It was colder than a freezer where he stood. “Why does he do this to you?”

and even Nick has managed to get all of Bourbon street to watch and retaliate against Valerius any time they see him.

Tabitha, being an empath, feels who he really is on the inside, and ignores his hardened exterior. Seeing the injustices from those who shun him, she takes him into her heart, forcefully breaks through his walls, and teaches him to love again. Going against all of his past convictions, he reluctantly lets himself go to her, and for once in his life, truly lives again.

He offered a smile that warmed her heart. “Thank you, Tabitha.”

It was the first time he’d said her name. His rich, deep accent sent a shiver over her.

Before she could stop herself, she placed her hand against his cheek. She half-expected him to pull away.

He didn’t. He merely stared up at her with those curious black eyes.

She was struck by his handsomeness. By his inner pain, which made her own heart ache for him. And before she could think better of it, she dipped her head down so that she could capture his lips with her own.

Valerius was completely unprepared for her action. Never had a woman initiated a kiss with him. Never. Tabitha was bold with her exploration, demanding, and it sizzled through his body like lava.

Cupping her face, he kissed her back.

Having someone to share with, laugh with, and love, has never been something he had experienced in the past, and Tabitha, for the first time ever, falls for the type of man she never thought she could be attracted to. Each delves into a whole new world together, and come out of it, reawakened.

However, things apparently will not be easy for them. How can they manage to be a couple when her family would rather see him dead, (and to make matters worse, Tabitha and her twin are still being hunted by powers that appear to be stronger than what the Dark-Hunters have ever faced).

This book resembles Talon’s in that, the premise of the story goes far beyond Valerius and Tabitha’s developing relationship. There are darker powers at play, with gods strategizing to rid the world of Dark Hunters, and their loved ones, to completely take over. Acheron struggles against his own dark side and his need to intervene with the lives of those he cares for the most, and the fates of the Dark-Hunters (and their entourage) may be changed forever.

I will admit, that there are a lot of things that are *too convenient* at times in these stories, but I go with it. The author always manages to “clean things up” (taking great care of her characters), essentially wrapping them all up with a nice shiny ribbon. But, there is always a catch. Here’s a slight *hint* into an interesting story development, that strays from Valerius and Tabitha’s. Tabitha introduced Nick to “Simi”, and the following day, Nick asked Tabitha for Simi’s number…

Tabitha rubbed her head to help alleviate some of the bitter ache that was starting right between her eyes. This was so bad…”And after you two ate, you what?”

His grin turned wicked. “You know, a gentleman never kisses and tells.”

Tabitha covered her mouth as she felt an urge to be really sick.

“You didn’t happen to ask who she was going to meet, did you?”

Something else that can potentially devastate another’s entire world (as in the HUGE twist that happens at the end of this one). I didn’t see it coming, and it helped *dirty* up the end a bit 😉 She keeps me coming back for more! 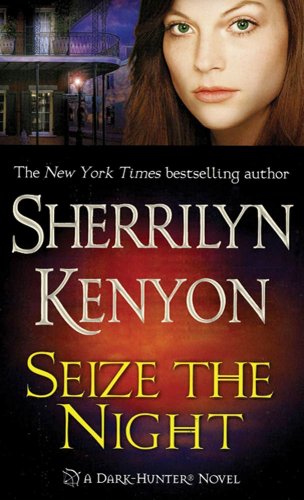 I loved this book in the series – when Tabitha feeds him boobaroni..priceless!!!

This makes me want to re-read them now!

…and he EATS it!!! Poor baby! It took the “dignified” right out of him! I loved that part too 🙂

For most of the DH fanatic we have to admit that we have been persuaded that most roman’s DH are bad in nature. My perception withValerius only changed when he agreed to help Vane and Fang with gaining anything.

He also said a touching phrase:

a furore infra, libre nos
Spare us from the fury within

As Acheron said, there is more human in Val that he realizes. And I am happy that it was Tabitha who has seen it. Their pairing was made in the most inconvenient way because of Tabitha’s family and their very different personalities. I’m actually fascinated with Valerius etiquette. His impeccable skills in choosing the proper words to use and his eating manners. You could definitely pinpoint that he was a general in a well reputable family. Royalty reflects in his words and actions. Compared to Kyrian where I was surprised that he is a prince. Maybe because of his swagger moves.