X
You are here: Home / My Book Reviews / Book Review – Six of Hearts by L.H. Cosway

Six of Hearts
This one teases with an intriguing blurb that had me wondering where this unique-sounding story would take me. A magician bent on revenge. Huh. Could be fun, or could be perplexing. Could be romantic (that was a given, considering what he “says” in the blurb)… or could be a bit dark.

When I read a blurb, I almost seem to get a “handle” on where the story will take me (sparking my reading-need to jump right in). I couldn’t figure this one out. I was imagining all sorts of things and couldn’t quite tell if I was going to be… “into this” you know? But because of so many of your adamant 5-star exclamations, (and the fact that I loved this author’s book Painted Faces) I was very excited to give it a go!

Erin: You guys are going to LOVE Six of Hearts!! Jay is everything we want in our Hero’s. Her books are so original. A breath of fresh air, and not to mention HOT!! I can’t wait to hear what you think. I bet you like him. Yes, standalone!!

Kristy: I was lucky enough to win an ARC and just finished it. I loved it! It drew me right in, and I couldn’t turn the pages fast enough – yet I wanted to turn them slowly so it wouldn’t be over! So many little gems in this book – like the meaning behind the six of hearts. Then there is Jay. Oh my. He will steal your heart – before you even notice it is gone.

Tammy: Six of Hearts……BUTTERFLIES,  and I don’t get those when reading too often. 5 stars for me for sure!!

Ro: Maryse!!! You have got to put Six of Hearts at the top of your to-read list stat. Spent the whole night reading it anddddd I’ll guarantee you might love it even more than painted faces. So so so good. Finally, a story I don’t mind re-reading again. All-time fave for 2014. Ok I don’t want to hype it up too much LOL.

Donna: Maryse – I’m glad you are starting reading Six of Hearts. Once I started, I didn’t stop until I was done. So flipping good.

Cheryl: 10% in and enjoying it so far, well-written, but not sure where it is going yet… wanted a different story, think that’s what I am getting.

Maryse: I’m 25% in and it’s good! Nothing big has happened, but I love the author’s writing style, and I really like Matilda. And Jay.

So I’m done… and I liked it! Mind you, it didn’t seem to have the same effect on me as the other book (Painted Faces) that I read, by the same author. I wanted to read it in it’s entirety, but it actually took me three days. Started Friday night and read it, on and off until Sunday. I was missing that sense of urgency to devour it, and therefore I knew I was missing a certain intensity to love it. A certain need. My connection to it.

And while I *do* skim a lot of the hot-stuff in other reads (at least… lately)… for this one? I was INTO it. LOL! I found myself totally slow-motion reading the steamy scenes.. 😉 *waggles eyebrows* Yep. They were smoking-hot, and not in the most obvious way, which made them that much more enticing. Personal. Affecting. Delightfully scorching.

And character-wise? I loved the pure feel of her. Somewhat innocent, or should I say… inexperienced. Tentative, but wanting. Self-conscious, but not neurotic about it. Happy in the love within her life. Her hobby, her job, her father, and her best friend. I liked her!

And him? YES!! Yes to him, of course! Gorgeous, brilliant, cocky yet sweet. Is he dark and dangerous? Or does he have a heart of gold? Is he a predator? Is he a hero? Altruistic? Or shady? My lips are sealed. 😉

Well, honestly now that I re-read that blurb, it’s kind  of… so obvious. And yet, I actually think it gives too much away.

There were some steps I had to take as I got to know them, as I perceived HIM and the tiny hints dropped along the way that were quite fun to experience “blindly”. In fact, I realize I was reading the book, experiencing HIM… as her. Very mysterious, trying to guess and piece stuff together, suspecting bad stuff, and yet giving in to his sweet sweeeeeeetness.

So I don’t want  to say much. But I will say this. Jay is a famous magician. Illusionist. Abused in his childhood (mentally and physically), to the point that he escaped and lived on the streets. But during his formative years, he learned A LOT! Scheming, creative, highly intelligent, and 100% self-made. The kind of guy that might just *get* you if you cross him, or those that he loves. But also the kind of guy that seems he could get himself into a boat-load of dark, over-his-head trouble. Or is HE the troublemaker?

And this book will take you (as “Matilda”) through the journey of discovering him. And why he’s so intent on her. And yet so intent on something else.

Plenty of OH NO WAY!!! parts, and some seriously heartwarming and bittersweet stuff, too.

So overall, good! But I think… er… I was just not as connected as I was with Painted Faces. *sigh*

Okay so stay away from this next part if you’d prefer going in *blind*. I don’t spoil anything in particular but I do give my impressions, “feel-wise” of the big reveals and the ending.

The end had some crazy twists and reveals (some I guessed along the way, some that surprised me a little), but at the same time, mostly… farfetched. Which would have been… fine, if the reveals had a more er… I dunno? Clever *gasp-worthy* “whoa-everything-makes-so-much-sense-even-if-it’s-so-crazy” feel to it. Ya know? It had that potential, but it was almost a little too over-the-top, for me to love it. I would have loved to be grinning like mad at the end of this. Beaming, thinking how ingenious the author was. It was close.

But some things were just a bit too much (in my mind) and other things weren’t even really explained. Just… kind of explained away as “too much of a headache to explain”. And you know… magic. 😉

Okay. I guess that’s possible. Or I guess this is one of those “just go with it” books.

Okay you can come back now! 😀

Good writing, swoon-worthy hero, sweet, relatable heroine and some of the best steamy scenes I’ve read in a while, though. The writing? Easily 4 stars (or more!).

However my overall connection to the story, and it’s execution? 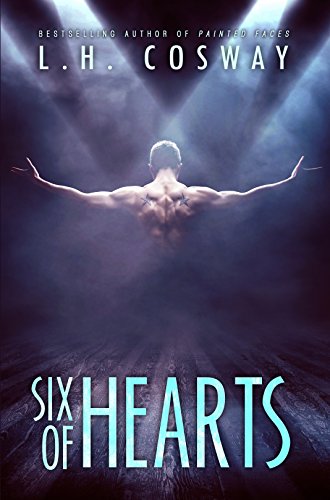 Just started but really like Matilda. I liked her heroines in Painted Faces and Nature of Cruelty too. I do so like it when I like the heroine. That may be a nice list, favorite heroines.

I 110% agree with your review on this one, Maryse!

I agree… I didn’t actually finish this one… I never connected with anyone. They weren’t unlikeable…. just something was missing for me. Interesting, but no chemistry. 3 stars for me, for the first 70%….

I totally agree with you Michelle.. I couldnt finish this one either- I just could not connect with Jay and Matilda. So many new book releases are out right now so I started Ugly Love and loving it so far!!!

I’m still reading Lay it Down. It’s not bad. It’s petty good even. It’s just not at all what I imagined. It is NOT at all about an MC club. They just happen to ride motorcycles in it. And the central plot is about the suspicious death of a friend that they are trying to uncover and the casino developers that they suspect. In between you get some steamy scenes and god dialogue… but there’s so much focus on that “possible murder”…. it’s wearing me out. I am talking myself into finishing so I can get to Ugly Love. I guess I picked the wrong one to start with!