X
You are here: Home / My Book Reviews / Book Review – Slip of the Tongue by Jessica Hawkins

Slip of the Tongue
This book was pretty much everything we love to hate in “forbidden romance” books that involve marital strife and temptation. It was all-at-once disheartening, relieving, passionate and steamy, infuriating and cringeworthy. I was all over the place with these characters, and they were all over the place, with each other.

Cristiane: Jessica Hawkins Slip of the Tongue is wonderful 😀

Amber: Loved this so good!

Kandace: I really want to read Slip of the Tongue. I hope I remember to buy it when it comes out, I saw its on KU too. I’m in the mood for a high angst read.

Cheryl: I did plan to read Slip of The Tongue, but don’t think I can deal with another love triangle right now.

Oh and it is, Cheryl and Kandace. High angst, and very love triangle-y. Exasperatingly so, at times.

That personal hurt when one is feeling alone, abandoned and unloved by their significant other. The desperation in trying to resolve whatever is causing such distance, and coldness.

To me, he’s idyllic and warmhearted. That’s his personality. Tonight, though, there is a darkness about him.

“Same place as every other Monday night.”

Attempt after attempt, rejection after rejection.

The hostility in his tone is disarming. “I know that, Nathan. I’m teasing you.”

He leaves, and I stand there a few more moments by myself. My heart pulses under skin Nathan didn’t touch—the forearm he didn’t pull to bring me close. My unkissed mouth.

UGH!!! WHAT. IS. HIS. PROBLEM?!!! Oh I know these “quotes” on their own don’t seem all that bad, but the accumulation of them, of his aloofness, and his disinterest in her… you’ll get where I’m coming from, on this. Oh I felt her. Yes… this author is so very good at that.

And then… that one person that is always there for her, as she’s been waiting for hours, alone, again, with not so much as a text. Always out. Always gone.

A year or so ago, I read somewhere separate hobbies are good for a relationship, and Nathan and I were always glued at the hip. Nathan didn’t like the idea of spending even one evening apart. Which is why I catch myself wondering when his absence spread into the weekend and became a regular thing.

Ugh. Locked out of her own life.

I could see how that could lead to bonding with someone… anyone… else. But especially THAT seemingly perfect “someone else” (although I found that he came on darn strong from the start).

Is he flirting? I can’t tell. I don’t trust my judgment. It’s been a long time since I flirted with anyone other than Nathan…

But when people finally start talking (even if just by dropping subtle, yet bitter hints), is when I started seeing all sorts of different sides to the story. There’s a lot of selfishness in this journey (especially her own selfishness), and I found it difficult to constantly be in her skin. There were many times when I suffered with her in her loneliness, but also felt shame in her lack of shame, too.

A lot. Depends on who, and what scene it is. But honestly? Her husband WAS SO awesome and *maybe* he has a point and yet is SUCH A JERK, so I can’t even know if I’m on his side. And then she is too. UGH!!! And yet I understand her… oh yes. And then her neighbor is too… but then… *sigh* I’m a mess.

GAH! It was so hard to like them, even though I was understanding them, each in their own way. I got it. They all had their reasons, and being human equals making mistakes. But the mistakes they were making, were unforgivable. Almost. I guess it all depends on how strong they once were together. AND apart. The heart wants what the hearts wants, and all that, so you know this story could go any way. What they had, once upon a time, and what they now want.

If he’s angry, if he’s sad, if he’s screwing someone else—that, I can find a way to deal with. But if he feels nothing for me? That’s as deadly to our relationship as a bullet in the heart.

Suspicions run rampant, reveals come to light, and you know what? It just made me madder at them. *sigh*  LOL!! My biggest issue? I don’t even know, even right now, if I like them. All of them. I question the legitimacy of certain drastic reactions in some parts, and some not-so-drastic reactions in others. It could be so amazingly heartfelt and uncomfortably intimate. And yet at times, it just felt so cold, and distant. Not just the characters to each other, but their story as a whole, to the reader.

But it was good. Despite my extreme exasperation and chagrin, I was still thoroughly invested. And while I could put it down (almost HAD to at times ’cause it was giving me anxiety…) I was very much into it, and always wanted to pick it right back up. Good writing and an interesting, *almost* realistic tale, with a little twist that brings fate into their lives. But are they misunderstanding said “fate”? 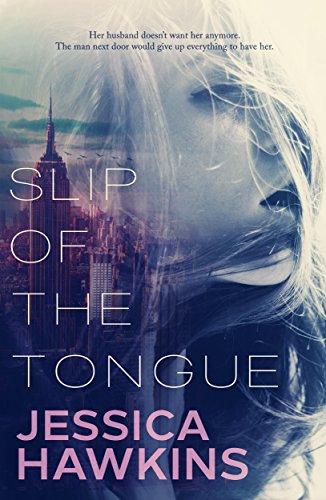 Thank you for taking the plunge, Maryse! And for the great review. Love having you read my work and hearing your thoughts. <3

I agree totally with your review Maryse. I just finished reading it and I too am mixed on what I thought/felt about the “reasons” and the characters themselves. I mostly enjoyed the build-up to find out what exactly was going on and how this would end but, once things were known it seemed quick to resolution.

Agreed, Cheryl… I almost suspected there would be a book two, ’cause it looked like we were opening up a whole new can of worms, ya know? So near to the end, too.

I was surprised it actually had a clear ending…

I’m reading this one now, and another great review by you. You have a talent for given the “feel” of a book, without given away too much of the story. Great Review!!