Still Missing
Premise of this one? Eeeeeeep!!!!

HECK YAH!!!! FOR ME!!! How long has it been floating in my Kindle? Since June 2014. Why did it take me soooooo long to read it since it was SO obviously my thing? Who knows.

I guess it was the lack of “romance” in the obvious journey of the storyline, since it’s a psychological thriller (but a KIDNAP one… so right up many of our dark alleys).

You are NOT kidding, Lian. It was AWESOME!

Tell me THIS blurb doesn’t give you that *oomph*!!!

The open house is slow, but when her last visitor pulls up in a van as she’s about to leave, Annie thinks it just might be her lucky day after all. Interwoven with the story of the year Annie spent as the captive of psychopath in a remote mountain cabin, which unfolds through sessions with her psychiatrist, is a second narrative recounting events following her escape—her struggle to piece her shattered life back together and the ongoing police investigation into the identity of her captor.

And ever since my participation in the 2015 Reading Challenge, I’ve been (and will continue to be) indulging in all of those genres that I love, that have been calling my name, but that I’ve been holding off in the name of romance. And while I’m still reading my beloved love stories, I’ve been seeding my reading journey this year with all sorts of different kinds of goodies. And after reading The Girl On the Train, I couldn’t help but jump into another one that creeped me out and had me guessing, like it.

This one totally DID the trick. Going from past to present (seamlessly, and perfectly!), it told a story of terror, occasionally moments of hope, devastation and despondancy and hope again. And it scared the poop outta me! Yep. I said it. 😉 I was terrified. It’s not a “horror” per se… but this ain’t your “dark-read erotica” where we resist falling in love with the true bad guy (Stockholm syndrome), and then we still do fall for him.

Oh no! Sure… it’s got ALL of those touches… the meet ‘n greet, the kidnap,

I watched the house get smaller , I couldn’t believe what was happening. He wasn’t real. None of this was real. At the end of the driveway he paused for a second, checking for traffic . My lawn sign advertising the open house was missing. I glanced into the back of the van and there it was, along with the two I’d placed at the end of the street. Then it hit me. This wasn’t random. He must have read the ad and checked out the street. He chose me.

“Please take me home. I won’t tell anyone. I swear. Please.”

“I have the best dreams here.”

He snuggled up to my side, folded his leg over mine, and held my hands until he fell asleep. I lay there with this naked freak cuddling me and wished the bed would open up and swallow me whole. My arm hurt, my face hurt, my heart hurt. I cried myself to sleep.

…the resistance, the rules, the locked-in with NO way out… the eventual submission because well…

But there was NO falling in love here. Mind you, there WAS a touch of (or maybe a lot of) Stockholm syndrome in this one, too. It, too, appears to be unavoidable.

I thought I was one tough cookie. Well, all it took was five days of being left alone for this cookie to crumble. Five stinking days, and I was ready to do whatever he wanted.

Especially considering how long she was held. He was her ONLY source of conversation. Of interaction. Of touch. And when she was “good” he gave her treats. And when HE was good, they read to each other, conversed and debated the stories, temporarily “enjoyed” each other’s company (well, as much as one can enjoy the company of her evil kidnapper). Sometimes they spoke late into the night… she would tell him of her childhood nightmares, and he would tell her of his. She… related to him.

I realized I felt bad for him. I did. It was the first time I’d felt something other than disgust, fear, or hatred for him, and it scared me more than anything.

Found herself almost (and regretfully) caring for him. But when he was bad… UGH!!! AND OMG he was THE WORST! THE WORST! And he was mostly ONLY that.

Still, the story was amazing. Detailed exquisitely, terrifyingly, unputtdownably. Devastatingly. <— It made me cry. TWICE!!!!

And it STARTS off with us knowing she was free. Well… physically. Not mentally. No matter where she is, she is still mentally ruled by him. She is so far from free, in that way.

Feels like I’m never going to break free of all his screwy rules, Doc. And man, were they ever screwy. It doesn’t matter that I know they’re total bullshit. They’re locked in and I’m locked down. On top of his rules, my psyche has added a few of its own— any little personality quirk I had before has been blown up twenty times and now I’m some weird hybrid of freakdom.

And we live her story as she recounts it to her therapist.

Avoiding this sh!t is like closing a door on a raging river. Little trickles of water start coming through the cracks, and next thing you know, the door blows off. Now that I’m letting some of the water through, will the door come crashing in? If I unleash everything that’s inside me, will I go floating down the river with it?

But here’s the thing. As interesting and intense as her kidnapping story is, there is a WHOLE other side to this story to explore as she leads us through her year in hell which I haven’t even quoted here. Oh the surprises!!!! Because she *may* not have been a random kidnap victim. She may have been chosen. And the eventual reveal of exactly what lead up to her kidnapping, and all of the events that followed, kept me guessing. The investigation… the clues… the reasoning behind it all.

I had all sorts of theories. I was WRONG! And I LOVED it!

Mind you, as perfectly explored and as perfectly paced as this story was, as wonderfully written as it was, I didn’t love the ending as much as I loved the whole first 75%. I found it a bit… over the top. But you know what? Why not? I went with it! It was good anyway!

But the problem? I found it rushed towards the end (the whole last third of the book) which was somewhat jarring to me in regards to just how much I was loving this book.

And yet still, I would HIGHLY recommend it. IT IS AMAZING! Scary, devastating, relieving, and terrifying. Not necessarily in that order, and it goes back and forth and back again.

4.5 stars EASILY! I’d say 5 stars because of the quality of the writing and the incredible story telling, but just that ending… holds me back. Oh, it’s complete, so no worries there… just too suddenly over for the feel of the book as a whole. 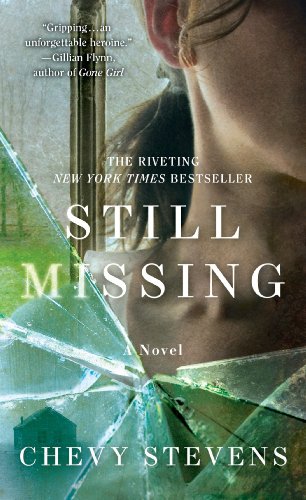 I loved this one!! Her latest book, That Night, is just as fantastic!!! If you love crazy twists and turns, you won’t be able to put it down!

Great review Maryse! Adding it to my TBR because like you, I enjoyed reading The Girl on the Train and stepping outside of the romance genre!

I read this book a long time ago and I loved it!!