Take Care, Sara
This one was recommended adamantly by two fellow readers. Their reactions to it had me purchasing it and forsaking my TBR list almost immediately.

Rose: Hi Maryse- The above book just released May 30th and I saw it recommended on FB.  a STEAL after I decided to get it after downloading the sample and had to keep on reading.  It covers some tough topics (one that shocked me halfway through and didn’t see coming).  It had a vibe like “The Edge of Never” yet the story didn’t feel like it was about a man and a woman but then it was plus so much more (I will warn that it’s an emotional read and NOT light reading)….  I don’t even know if that comment makes sense but wanted to recommend it…

Karla:  If I wasn’t a sane person, I would venture to say it told me to — That it actually said “Karla — Recommend me.  Now.  Or else.”  The book is “Take Care, Sara” by Lindy Zart.  It’s deep. emotional. sad. powerful. inspiring.  real.  Seriously, I am only 51% and it is already one of the greatest books I have read.  If you’ve already heard about or read this book, then regard me as just another fan-girl raving about your awesomeness. 🙂  If you haven’t, then please kick this to the #1 spot on your TBR pile…

Maryse: Ooooooh. You have my attention. On my way….

What emotional depth! Talk about realistic. Talk about distress. Talk about depressed. I was in pain along with the heroine, and it was rich, raw and real. Real because THIS could happen. This has happened. In fact, the detail the author included in Sara’s depressed thoughts… her actions, her healing… one step forward, two steps back, must have been something she had personal knowledge of, because nothing was left out.

A long almost unbearable hot shower soothed Sara and she thought maybe, just maybe, this one time she wasn’t crying. But when the water stopped and the wetness continued to trickle down her face, she knew otherwise.

Twice in her life she’d lost consciousness; both times when death had come calling to tear her world apart. Pretty soon there wouldn’t be any of Sara left to disintegrate. It was all leaving her, fading away, becoming lost as she lost everything that had ever meant anything to her; as she lost herself.

And I was there in the better. From dark to light… I followed her every step and felt each one.

Maryse: Omg the snowball fight is sooooooo cute. “You and me. Charlie Brown Christmas tree. Let’s go.” I’m adoring it so far!! Thank you for sending this recommendation my way. SO refreshing. I’m at 53%…

It’s about your perfect world, your perfect love, your perfect plans, your perfect future (despite a few very bad breaks in your past), coming to fruition. Only to be taken away. Taken? Let’s just say RIPPED. And leaving you there, alone. Alive… sure. If you can call that kind of “living”… alive. At times, I was right there with her… thinking dead, was better. I felt her, as if she was saying (thinking): “I want to die. Let me. Don’t make me eat. Let me go.” Her pain was (feels) insurmountable. That’s how real the author takes this.

*raises one eyebrow* I know, right? Crazy. And yet, I couldn’t help but wonder if I would have thought any different, in her position.

Is that old adage that “time heals” true? This book will take you there. It’s heartfelt, heartwrenching, and healing. In that order? Depends on what part you’re on. 😉

And it’s not just that. If you check out the synopsis, you caught that “husband’s brother” part, right?

There’s comfort in that “similar” aspect. In appearance, and in that face that he was so close to one she loves. *nods* Angsty, but tactful. Tasteful. Just right.

It was all wrong. Wrong man, wrong scent, wrong everything.

I’d almost say 5 stars, but there were a *few* things. One… OMG I’ve heard about crazy unfair heart-aching events that can happen to one person, but this poor girl? OMG! I suppose, in this respect, might have been the only “unrealistic” touch. Then again, What do I know? I have no doubt that there are some out there that have had exactly this much “bad” happen to them, so why not write a story about it. And second? I found the last quarter dragged just a bit. Intense and sweet, but at times, it drove me a bit crazy. But I understood why, and it needed to happen the way it did.

“Open your eyes, Sara. You won’t be able to see until you do.” 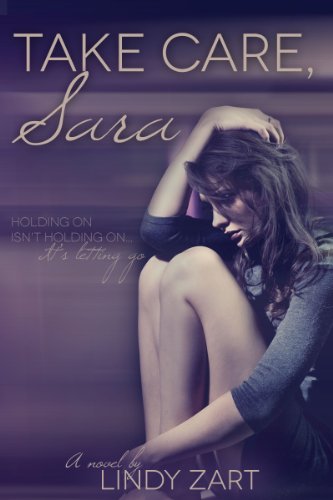 You are killing me this weekend in a $$ way. So many good books out this weekend, Eversea and Take Care Sara that I had to 1 click!! But I don’t regret it! Thank you so much for all of the time you put in your blog!! I was on a fun reading frenzy weekend as we hit 107 degrees yesterday.

It was SO hot this weekend, and as you can see I spent it blogging and reading in the nice cool air conditioning. I know what you mean, though. This week was phenomenal in what seems to be a huge amount of amazing new reads. I spent more than usual Friday. And then this weekend. Eeep! LOL!

Fantastic review! So glad you liked it as well. I completely agree…..even the latter part dragging a bit but overall it made up for it in the end. 🙂 Thanks again for checking it out! For a break from the heavy, I’ve gone back to vampires and am reading Lisa Olsen’s “Wake me when the sun goes down” — super awesome so far!!

So glad you read it and enjoyed it. It was different from the usual ones that we all like to read but the emotions in this one really touched me. Finishing Kristen Ashley’s latest which was a good one after this one(of course, I always think the time is right for her books:)

What an intense book! Very depressing story! I almost couldn’t read it but I had to finish it to see how it ends. Wish I had saved Kristen Ashley’s Fire Inside to read after this instead of before. It was so not like any of the books I normally read. Very well written even though I’m not an expert by any means. Can only handle these type of books once in a while. I was very intrigued to read it from your review.

Maryse, I noticed this book on your list of books read in 2013 and I loved it too….. recently read Merry Christmas Lincoln (a short novella) and I LOVED IT!! Highly recommend if you are looking for a quick in-between read!