X
You are here: Home / My Book Reviews / Book Review – The Brave Line by Kate Stewart

The Brave Line
I loved it (and I’m going to say I 5-star loved the second half of the book).

The first half was very good. Second half was intense and the best part of it all. In fact, I devoured it, and I’m surprised I did, ’cause it’s HOT!!!!! Hotter than I usually stick with.

Yet, for such a STEAMY (and I meant steamy spelled D-I-R-T-Y) steamy, this book has SO much emotion, intense feels,  and backstory (and current story) that I fell in love with everyone in it.

Maryse: I just want to announce… if you’re looking for something SUPER-STEAMY HOT (but totally intense-romance), I’m reading just the thing! OMG the things he says… *blush* whoooooooooooooo *blink blink* And I already love this author, and this is bargain-priced right now, so it was a no-brainer.

Andrea: This book was amazing! Kate Stewart really hit it out of the park!!

Nay: Maryse–I actually started The Brave Line last night. I was going to start Room 212 but when I saw the blurb for The Brave Line. I couldn’t resist! I’m on Chapter 7, and so far so good!

Maryse: I totally one-clicked it because I was SO in the mood for this kind of story (and it. Is. HOT!!!! D-I-R-T-Y hot. BUT!!! Not erotica. Totally a romance book). Okay so… they just TOTALLY did er… all SORTS of “it”, and *whoooo* *blink blink* and then… this:

“We stood for minutes just staring at each other before a shared, slow building smile lit up our faces. Lost in his eyes and his hold on me, I let myself go and felt the earth shift briefly. Rowdy was a sexual deviant hidden behind his blues the way I hid behind my headset. We were a sexual match. And it would have been perfect… if it wasn’t already over.”

Amy: Kate Stewart, as in Room 212 Kate Stewart? And with a paragraph like that?? Oh, HECK yeah…CLICK!!!!

Jen C: Excited to start The Brave Line next after all the positive remarks!

And I’ll be honest, guys. I didn’t think I’d be able to connect to the overtly-flirtatious, unabashed heroine. She’s wild, wide-open, and at times… a little obnoxious.

“She lived out loud…”

Oh boy… does she, and she’s no where near “me” (personality-wise), yet by the end, she felt like my absolute best friend in the world.

You guys know me. I tend to skim the sex. I’ll read if I’m so enthralled in the emotional and intensity and then I don’t even realize it’s happening until *whooops* IT. IS. HAPPENING. And this was sort of one of those. ‘Cause OMG did it happen. So blatantly that it didn’t even really sneak up on me, and still… I read every bit of it. Tee hee!!!! 😉

But better than that? This book ripped my heart out (such heartache and even terror for some), had tears spilling out of my eyes TWICE (for two very different reasons, such as… OH NO HE DIDN’T!!!!!!!  THAT JERK!!! <— My favorite 😉 even though it breaks my heart. And then… OMG I’m terrified with her – you’ll see… such a hard thing to read and this one was no exception), but overall, it healed me whole. And I loved it.

You can begin again anywhere you want to in life, but you can’t recreate your past or the way it shaped you.

Michelle is starting over in a new town, in a totally new life (and OMG her “old life” is WAY worth discovering. My heart aches!!!!!). She’s an emergency dispatcher now, and she’s got a HARD crush on one moody, broody cop that they call “Rowdy”. There’s nothing Rowdy about him. In fact,  she teases him on how “straight” he is. Or does she call him a square? Either way, you get the picture. 🙂

“I know what a damn spliff is. And before you ask, no, I never did anything like that. How the hell did an ex-car thief, spliff-smoker become a dispatcher for the police?”

“Michelle isn’t my real name.” It was a half-truth.

He looked me over before he turned back to look above us. “I knew you were wild.”

“You’re a dope smoking car thief.” I knew he was playing with me, though his tone was anything but.

“I’ve only stolen two cars— both classics— and I promise you it was worth it. So was the spliff.”

Rowdy’s not interested. She’s too forward, too bold, too mouthy, and especially too “eager”. Mind you, he thinks she’s plenty hot, so that = too much temptation.

Thirteen years as a cop and not once had I ever thought about breaking my personal rule. Five minutes with her and I was convinced the rule was more of a punishment than a saving grace.

He doesn’t mess around where he works, and she’s just too close, so that’s a BIG FAT NO.

She’d been openly flirtatious, but I kept it friendly. I thought she was beautiful when I met her, but I had to shut it down. I never dipped my cock anywhere near my job. It was sacrilegious, and she’d been my greatest temptation so far.

And as confident and unabashed as she is, that hurts.

So, he didn’t date. Clearly he’d gotten mixed signals from me because that wasn’t exactly the one I’d given him. In fact, I was pretty sure I’d tractor-beamed “I want your hard handyman for a service call” with every flirtation. I didn’t get the hold up, and he apparently didn’t think a grown woman could handle a tryst with a coworker.

So when she finally is just starting to get over her crush, and decides she’s getting back on the saddle with someone else (at least temporarily), Rowdy *ahem* “c**kblocks” her, well, things get heated. Yep. THAT kind of heated.

“Rowdy, I’ll clue you in because we seem to have a communication problem.” I gave him the come here finger. He leaned over slightly as I whispered, “I’m not looking for friendly conversation tonight. Unless you are sushi or an orgasm, you aren’t on the menu.”

But then he thinks to himself… as long as it’s just private fun and nothing more, it can’t mess with his career and principles, right?

“I said dating won’t happen. And now that I know what you’re looking for, it’s a game changer.”

*snort* Okay. You keep telling yourself that Rowdy. And WE’LL enjoy the read.

And boy did I. Yes, it was exceptionally detailed, and he was exceptionally exciting, yet… “ONLY IN BOOKS” would I accept that, with how he spoke and treated her during the heated moments. But I can’t help it when I say… WHOOOOOOOOO HOT and HOLY MOLY he did NOT just say that?!!!!!!

Yeah. I loved it. It had humor, it had an incredible cast of characters and interesting “side-stories” that had my heart (in good and bad ways) and this book gave us an excellent look into the life of a police officer, today (in many of the silly-sweet, super-scary and heartbreaking moments). It’s steamy, but best of all, it’s EXTREME emotion (and not just the sappy kind). It was the range of “feels” that kept me connected and not just reading it. Devouring it.

This was not just the bang, my friends. It’s the WHOLE SHEBANG.

The truth is, everyone is going to hurt you. You just have to find the ones worth suffering for. — Bob Marley. 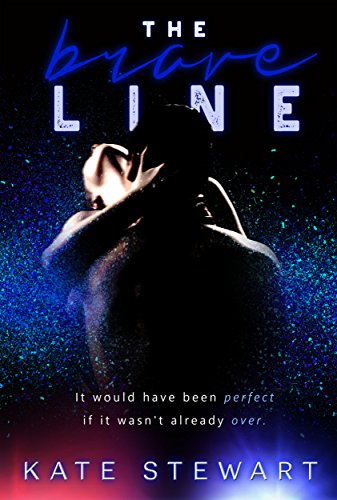 Just finished 1/2 hour ago. Loved it. Just about everything I want in a book.

Agreed Carol. This one had it all!!!!

I just finished it and Oh, I totally agree. So many emotions, especially the end. The part that got me was towards the end with, um… incident with the friend. I was so scared at that part. Heart aching big time. Thank you for recommending it! Your little Saturday paragraph made me grab it and I enjoyed every second.

I just finished this too! The main characters were “different” but refreshing! This book surprised me and I really enjoyed it.

YAY guys!! I’m so glad we sort of buddy-read this one. 😉 And Lisa, I heard Hot Shot was AMAZING.

But next for me will be Brittainy’s latest. I’m excited!!!

That’s it I’m one clicking it!

I loved it too! Couldn’t agree more with your review, Maryse!

Good review, Maryse – thoroughly enjoyed it too, and would definitely recommend it. Loved the two main characters, the development of their relationship, the tension, the distress and the heart break. Loved their bravery, and forbearance – I couldn’t put it down!

Check out what we found to read for the weekend!

Look what we found to read for the weekend!!

READER QUESTION!! So much more to this one than what my title indicates. LOL! Have a guess?

Reader Question - The book about the girl that lives next door to him and her cousin likes him and they grow up together... - Maryse's Book Blog

Reader Question – The book about the girl that lives next door to him and her cousin likes him and they grow up together…June 10, 2021 By Maryse Leave a CommentRosie is looking for this one! Okay… this one was really hard to come up with a reader question title for. LOL!! There is so much more...
View Comments

Aimee is looking for recommendations!! 🙂 Have any for her?

Aimee: I recently read a book that had a hilarious kid in it. I am looking for other books with funny kids in them. Could you help?

And of course I told her Sustained by Emma Chase (SOOOO GOOD). Any more recommendations? ... See MoreSee Less

P.S. Here's my review of Sustained. This is a MUST READ!! www.maryse.net/books/book-review-sustained-by-emma-chase.html

Sneaking in to suggest my book, Work in Progress which has a hilarious 6 year old boy in it who’s as much a part of the story as the hero and heroine 🙂

The snarky one-liners that the little girl Luna in my Dating Trilogy say are direct quotes from my daughter. And they’re pretty hilarious. First book is free.

I don't really like kids in romance stories -- comedic relief or otherwise -- but I really enjoyed the FUNNY AF kid in Work in Progress by Bj Harvey. 💞💞

The Song of David by Amy Harmon (one of my top 5 all-time fav). She has a younger special needs brother that will make you crack up and fall in love with him❤️

Devil's Angels book 3 (Pooh) by Lola Wright has a HILARIOUS little kid in it! You should read them in order but you can also pick up in the middle, they're all pretty self contained books. They remind me a lot of the Rock Chick books by Kristen Ashley

KC Lynn Men of Honor Series. Book 3 specifically but all the books are fab.

Flat Out Love by Jessica Park.

Listen To Me : Read -The Fling By M. Robinson,,,, It was Amazing,,, it was Funny And Sexy and The kids kept Pranking The Girl's Boyfriend , I loved it !!! I Cried Happy tears at the end, I Fell in Love With This Couple and The Kids

The Guy on the Left

Wait for it by Mariana Zapata! One of my all time faves!!

Harper Sloan's corp security the second book in the series has a funny kid..

Eli's hilarious in A Match for the Cowboy Dad.