The Undead Next Door (Love at Stake, Book 4)
I finished this book last night, and it is my 2nd favorite of the series! The comedic moments had me laughing out loud, and the action scenes were vividly described (I could actually envision it as if it were a movie). There was also a nice little twist or two. Although I found the beginning to be somewhat “strange” (I would have been creeped out by the initial encounter), and the dialogue hadn’t yet found it’s rhythm (I cringed a few times), the romance ended up being out of this world. This book kept me interested, and I was still smiling at the very end.

This novel focuses on Jean-Luc Echarpe, a world famous fashion designer from France, who is also a vampire. Due to his highly public profile over the years, the media begins questioning why Jean-Luc does not appear to be aging. To solve the issue, Jean-Luc has moved to a small town, where he is mostly unrecognized, and decides to go into hiding for the next 25 years, so that he may eventually emerge as “the prodigal son” of Jean-Luc who will continue his fashion design business.

At one of Jean-Luc’s new store “grand openings” he meets a very pretty, divorced school teacher, named Heather. She is appalled by his outrageous prices and artsy designs that can only be worn by model-types. Heather, who is a size 12, decides she can improve upon his designs (she has always wanted to be a fashion designer, and has the talent, but her past has stifled her potential). While she is redrawing his dresses that are on display, (designing them to be more practical for the everyday woman), Jean-Luc confronts her, accusing her of stealing his designs.

He finds himself intrigued by her spirit, talent and her voluptuous curves (for years he has been working with super skinny and he misses the day of Marilyn Monroe body types), and decides to show her his design studio, and offers her a short-term job. While they are discussing the prospects, Jean-Luc is attacked by his nemesis, and despite telling Heather to run away, she gets involved and tries to help him ward of his attacker (“Lui”).

Now that she is known to his mortal enemy, he swears to protect her (and her four year old daughter) at all costs. We are introduced to two very different lifestyles (while he spends much of his time in her humble home), and his heart swells with the love for the family he envisions he could possible share with her. Together, they struggle to fight their own fears of their past, and their respective futures.

A “laugh out loud” moment (Heather’s controlling angry ex-husband barges into her home furious about her new “boyfriend” and calls her a few choice names alluding to her promiscuousness – despite both these assumptions being untrue).

“Enough.”  Heather stepped between them. “Cody lower your voice before Bethany hears you. You’re drunk and you have no right to spy on me or pass judgment.”

He sneered at her. “I do, too. My daughter is living here, and I can sue for full custody now that everyone knows you’re a slut.”

“I am not. And I will never let you take her from me.”

Two hundred years ago, Jean-Luc would have simply skewered the bastard and tossed his body into the river, but the modern world tended to frown upon that solution. He assaulted the man with the psychic wave. You are a cockroach.

In his inebriated state Cody had no resistance at all to the vampire mind control. He fell to the floor and scurried around the foyer on all fours.

With this squeal, Heather jumped back. “Cody what is your problem?”

“I am a cockroach,” he muttered in a squeaky voice.

“hmm, about time you figured that one out,” Fidelia stepped back as he brushed against her long skirt.

Cody attempted to go up the stairs, but tipped over and landed on his back. He squirmed, arms and legs flailing.

“Cut it out, Cody,” Heather demanded. “Get out of here before you scare Bethany.”

Fidelia chuckled. “Let’s get a can of bug spray.”

“Raid!” Cody flipped onto all fours and scuttled out the front door.

You will return to normal at sunrise, Jean-Luc ordered.

Here is another funny moment (when Jean-Luc and Heather were at the fair, to watch her daughter Bethany’s recital)

“Is that your friend, Heather?” Coach’s voice roared.

Jean-Luc glanced at the coach. “Who is that man? What is that machine?”

“Ah, I understand.” Jean-Luc nodded. “If he does not drown, then he is a witch.”

“No, he’s just a creep. It’s a game.” A witch? That sounded medieval. Score another point for the immortal theory.

A sweet moment when Bethany was scared and crying

… Bethany’s eyes were simply wide with worry and need. Deep inside, he felt his heart responding. Was this how a father felt? Mon Dieu, it was something he had never expected to feel. It was… odd.

He’d always thought parenthood was all about protection and duty. He hadn’t expected such a strong surge of… tenderness. He wasn’t sure he liked it. It felt so damn vulnerable. If anything happened to this little girl, how could he live with himself?

A funny moment when Jean-Luc was trying to explain to Heather how to properly pronounce his name (she was calling him John-Luke). In turn, she was explaining how to pronounce her and Bethany’s name (he would call her Hezar)

“It’s quite simple really. Watch how I do it. See how the tongue goes against the top teeth?” She demonstrated.

He moved close and leaned over to study her mouth. “I see.”

“Now you try. Tongue against the top teeth.”

He stuck out his tongue and with a quick movement, he pulled her against him and touched his tongue to her teeth.

Jean-Luc stepped back with an innocent look. “I must have misunderstood.”

You see? This is why I like this book. Despite their odd situation (and fight for your life moments), we can relate to these new friends, since there are so many normal “human” moments shared. It is probably why I liked the first book of this series, too. Touching and funny. I bonded as they bonded… 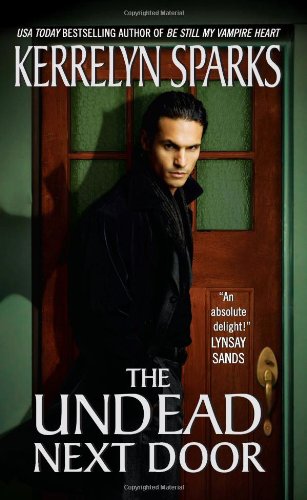 this book is good so far. i am still panting over Angus!!!! oh yeah.

I just finished this book. Soooo many LOL moments. This book is great!!!! The squirrel, need I say more……