X
You are here: Home / My Book Reviews / Book Review – Unleash the Night by Sherrilyn Kenyon

Unleash the Night (Dark-Hunter, Book 9)
This book focuses once again, on the Were-Hunters, in particular, a Katagaria male (part human/part animal), Wren Tigarian. He was ostracized as a child, by both of his parents, for being born half snow leopard and half white tiger, and ridiculed for the difficulties he had achieving and controlling his powers.

Orphaned as a teen (and under suspicion for the death of his parents), now a sullen young adult, he resides and works at “Sanctuary” (a bar/hostel where all “others” such as Weres, Dark Hunters and even Daimons can temporarily co-exist in peace). Living a childhood without substantial emotional connection, and being witness to a terrible violence, he has isolated himself, internalizing his turmoil, and does not communicate with anyone around him. While he associates with only a few people, he has forged a delicate friendship with the barkeeper’s daughter “Aimee”.

“Why are you being so nice to me?” None of the other bears have ever been really nice to him. most of them barely tolerated him.

But Aimee has always been kind.

She offered him a smile. “I like you, cub. I always have. I know you’re not dangerous…I mean, I know that you could kill us, that you are dangerous, but that you don’t pose an unfounded danger to anyone other than yourself.”

“But you still fear me.”

“Her eyes softened as she looked at him. “No. I fear for you, Wren. There’s a big difference.”

He frowned in confusion at her words.

She let out a tired breath. “You don’t like anyone around you, cub. I know you do inappropriate things just to make people leave you alone, and I fear what you will do one day that could cause the others here to turn on you permanently.”

One evening, while he is working, a group of human college students (from affluent upbringings), decide to visit Sanctuary, paying homage to their missing schoolmate “Nick (you know, our favorite Squire). Nick, being close to one, gentle soul, in particular (Marguerite D’Aubert Goudea – a senator’s daughter) had frequently mentioned Sanctuary and his friend “Wren” to her.

The males of the upper-class group become obnoxious, allowing their sense of self-importance to disparage the biker bar patrons. While Wren and Marguerite are particularly intrigued by each other, and try to ignore her despicable group, the males accompanying her belittle him and goad him into attacking them (unaware that they are literally poking a tiger). A fight breaks out, they are banned from the club, and Wren is lead away to be calmed before he tears into someone for real.

Over the course of the next few days, events occur that continually bring Maggie & Wren together (whether he is protecting her from a dark alley attack, her insistent visits to make sure he is ok, returning her forgotten backpack, to his sudden stint in jail, and her intention to bail him out).

Both she and her lawyer gaped.

That couldn’t be right, could it? “Are you serious?” she asked them.

“Yes, ma’am,” Marie said without hesitation. “He assaulted an officer.”

Marguerite was indignant on Wren’s behalf. “Not on purpose. he didn’t know it was an officer when he struck out.”

The male clerk scoffed at that. “Yeah, that’s what they all say.”

Marguerite felt ill and angry. She didn’t have that kind of money. At least not without going to her father, who would stroke if she told him why she wanted it.

“Hi Daddy, I met this man who is a busboy in a local biker bar and he needs to get out of jail…What did he do? Nothing much. Just assaulted an officer and Blaine. You remember Blaine, don’t you? His father is one of your major campaign contributors. But that’s okay, isn’t it? Wren’s a good guy. he even got shot when he kept me from being raped after I was down in the area of the Quarter where you told me not to go.

Daddy? Are you seizing? Should I get the pills for your heart?”

Oh yeah, that would go over well.

…the frequent discrimination from their entourage, conditions him into a persistent defensive demeanor, leading to more altercations that has Sanctuary in an uproar.

“You know the rules.”

“Yeah, I know the rules. In the law of the jungle, the tiger eats the bear.”

Remi sneered at her. “Have you lost your mind?”

Aimee pulled Remi back. “Come on in guys.”

Marguerite didn’t say anything as they headed up the stairs to Wren’s room.

“What was that about?” she asked as soon as he closed his bedroom door.

Wren knew he shouldn’t ask that of her. He needed rest. Hell, he needed care. But none of that mattered. He just wanted to be with her for a little longer. The danger didn’t matter. Nothing did except being able to smell her. To see her.

Wren is eventually kicked out altogether (under the grounds that he is a deadly threat to the keepers and patrons).

While he is finally letting someone into his heart, they struggle to be together under difficult circumstances. While Wren tries to end things to keep Maggie safe…

“I’ll never forget you,” he breathed. He took her hand in his, then kissed her palm.

Then he left the car.

Marguerite rolled the passenger side window down.

He turned back toward her. “It’s over, Maggie. It has to be.”

… they find it impossible to stay away from each other.

“You left your wallet,” she said quickly, not wanting him to think that she was tracking him down. She took the wallet from the man she’d given it to and handed it to Wren. “I was just going to leave it for you.”

She started for the door.

“Wait,” Wren said, pulling her to a stop.

“Wait for what?” she said more harshly than she meant to. “I’m not a yo-yo, Wren. You made it clear that there’s nothing between us. I was – ”

He cut her words off with a scorching kiss. Marguerite actually moaned at the feral taste of him.

Even so, she pulled back. “This is cruel.” She saw the bitter longing in his eyes as he stared at her.

With everything going against them, from Wren’s uncanny ability to find trouble, to being in a relationship that goes against the norm (for both involved)…

Nicolette sneered at the very thought. “It is unnatural for a Katagari to love a human. Not to mention, that woman,” she spat the word, “is death to all of us. Can you imagine what would happen if her father ever learned of us? We would be hunted and killed.”

…he soon realizes that he has even bigger problems when they uncover the truth about his past, along with the discovery that the council voted to capture and kill him once and for all.

While Maggie knows his kind and gentle heart, those around him let their prejudices guide them to hatred. Can they overcome the obstacles, and will he ever live in peace amongst his kind?

While I enjoyed this book, and the love scenes were, for lack of a better word, quite *steamy*, oddly enough, what struck me was the sudden turnaround in “Nicolette’s” demeanor and resistance in her role as Sanctuary keeper (and the disdain, instead of  empathy, for someone whom she had sheltered since he was a child). While in past installments, I believed her “mama bear” protection was genuine for all those who entered her abode, this side of her presented, left me bewildered. Now I am wondering what her story is going to be… 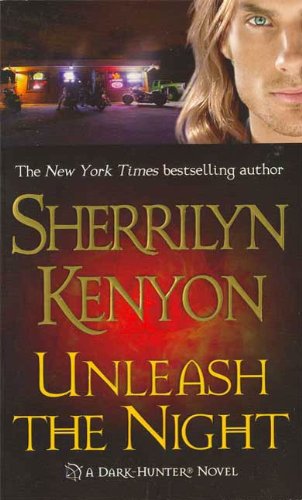 This is a book that gives us a good glimpse on how the Omegrion works (of course aside from Bad moon rising). How Savitar, meditates between the Arcadians and Katagarians. I’ve always imagined what Nerititi looks like. The thought of surfing with Savitar really turn me on. 🙂
It is really sad how Nicolette (and the rest of the family) treated wren. Not that I blame her. Even his parents wasn’t able to understand his “special” situation. But then I have to commend her because she gets why wren takes care of a monkey and how he really guards his scent even if he is in a Sanctuary.

I super love the time ravel twist in the story! How the characters was able to find answers in just small details. And on how in one blow Wren’s set up has changed for the better. I also love Savitar’s participation on this. It only proves that he is not just a mediator, he is also there to maintain order and give out happiness for those who deserve it.
I wish I also have the power to time travel. Although I don’t think I have the discipline not to change and further mess it up if I had a chance. (especially for the ones who did me harm. hehehe)

Thanks for your website. I use your site frequently to look for suggestions. I’ve been devouring these Dark Hunter series like no tomorrow. I’m on pace to have read a book a day, I can’t put them down. I read this installment of DH in record time (probably like 8-9 hours). I really loved Wren and how much he grew in this book. He was so shy and yet there was the commanding animal always ever present. There were so many tender scenes between them and then again, there were those that left me gaping and saying to myself, “is that even possible??” LOL. Thank you again for your site. Maybe I should pace myself, but this series is way too good and I just can’t help it.

Oh I did the exact same thing with this series. Read it straight through (about one every day or two). I don’t think I interrupted my Dark-Hunter marathon with anything else. I was fully immersed! Great fun. You haven’t reached Acheron yet, right? Oh boy you have some good books ahead of you!

THREE MONTHS FREE (Audible & Amazon Music) - I'm not eligible because I'm already a member but maybe you are?

TODAY'S NEWSLETTER SPONSOR!! He wants to take over her business... 😉

Emmy Grayson’s “HIS BILLION-DOLLAR TAKEOVER TEMPTATION” is live and we have fun facts + an excerpt & a giveaway!

MONDAY EARLY BIRD BOOK RELEASES!! It’s the start of a new week, and I hope it’s an awesome one for all of us!!

What did you do this weekend? What did you read? Let’s do three things, and then let’s see what just went live early!

Reader Question – The book about the girl that got pregnant by her neighbor, while he was away in the Army.

Reader Question - The book about the girl that got pregnant by her neighbor, while he was away in the Army. - Maryse's Book Blog

Reader Question – The book about the girl that got pregnant by her neighbor, while he was away in the Army.September 19, 2021 By Maryse Leave a CommentSV needs our book help! Oh boy this one sounds tumultuous!!She asks:Hi,I want to know this book name.H and h are lovers. H went to army.I don’t r...
View Comments