Unseen Messages: a survival romance novel
Having never read, yet but heard so much about this author’s trademark “dark romance reads” I was very excited when I found our she wrote THIS one. ‘Cause it’s about a plane crash on a deserted island, and if there’s anything I love more than a dark read, it’s one about survival, and all of the precarious and scary stuff that goes with it.

And even more so when it involves a real companionship between people that may never have given each other the time of day before such an event. But it’s that bond, the care and eventually love of each other that provides them equal (if not more) sustenance than the sparse food and water does. Because it feeds their lonely souls. Imagine being completely alone on a deserted island with no help, nobody to talk to and no way of knowing if you’ll ever be rescued? For days… months, or even years on end? Gah… that thought alone makes me feel like I’m suffocating!

That’s why I love to “live” these. One of my worst nightmares, something I get to feel in every bone of my body, but always with the knowledge that I’m safe in my own world. Because when you think about it, we all daydream of how we’d live, what we’d do, and what we’d bring with us on a deserted island… ahhhhh the luxury of no longer having to keep up with societies expectations, safe from whatever ails us in the real world. A calm peaceful ocean of blue, beautiful corals and colorful fish, soft white sand, an ocean breeze, the smell of tropical flowers and coconuts, and plenty of life-giving sun and warmth.

It’s not as easy as the storybooks.

I had a secret obsession with all things survival. I used to love watching castaway movies and read every book in the genre. I adored the idea of being alone and finding utopia in the most unlikely of places.

But that was before it happened to me.

But come on… let’s get real. Because there’s no shelter, no real food, no electricity, too much sun, not enough (or ANY) potable water, bugs and deadly critters (and plants) to never let a plane crash (or shipwreck) survivor relax. Survivor and survival is the key word, and they never stop working for it. Dehydration, starvation, the elements (sun and storms), let alone injuries they have to overcome from what landed them there in the first place. Oh you can fish and hunt? Yeah? With what? Oh you can start a fire? Yeah? With what? Oh you can eat the plants? Yeah… which ones? Did you bring your handy-dandy fishing rod and fire-starter? Did you bring wikipedia to help you figure it all out?

Nope. ‘Cause it’s a deserted island. 😉

I didn’t know how to hunt, track, build, fish…

Millennia of evolution had been lost by living in cities, eating prepared meals, letting the cogs of society keep us insulated from truly living. I was ruined for whatever potential scenario I had to face. Money was the only weapon you needed in the pampered lap of the modern world.

That’s right! There’s nothing there but everything that looks like it should be heaven… but turns your life into a living (dying?) hell.

We’d walked right into death with so much blasé stupidity we didn’t deserve to be found.

Our past was over. Our lives before the crash… deleted.

These kinds of reads are loaded in every scare, thrill, feeling of hopelessness and despondence, and hope and triumph (back and forth again!), and I’m always hooked!

My first BIG love of survival stories was “The Blue Lagoon” (<— 😛 tee hee!!! But come on… against all odds, those children found a way! And I was so young and totally believed that could happen!) and then that one movie (Alive) where they were on a frozen mountain and had to eat each other (the dead ones I mean) to survive? *gasp*

That was pure trauma in EVERY form. But one of my absolute romance favorites was one of my first “indies” that introduced me to forbidden love, AND survival and since then, I’ve been hooked, and looking for more.

So if you’re a fan of On the Island, this one will be right up your alley! And while it may not be “forbidden love” it’s pretty much everything we want in a romance story between total strangers AND one that absolutely explores many aspects of surviving at all odds and one that drags us through the mud… or I should say, the sand.

Estelle is a newly famous singer (big huge unexpected hit!), and she’s finally leaving her exhausting tour in the USA to go back home to Australia. And one her trip, she crushes on a fellow passenger (Galloway) that catches her eye a few times. And throughout her trip (and transfers) there seem to be… messages. From the universe? Stuff happens that keeps interrupting her travel, giving her trouble (from security issues, to passport issues, to flight delays) or that prevents her outright.

But she’s persistent. Of course she notices the “messages” and wonders if there’s a reason SHE is being halted at every turn. But she wants to go home. BADLY. And she’ll do anything to get there.

Well, three things had just tried to prevent me from getting on the plane.

The thought of home battled against the fear of idiotic superstitions.

And then… stuff… happens. 😉

Oh yes. I’m stopping there. I know… you’re thinking, come on Maryse!! There’s got to be SO MUCH MORE STUFF to say!!!

Oh you’re right. Over 700 pages worth of it. But I won’t even go there (I’ll let it surprise and terrify you). But I will tell you… at some point (quite a few points, even), stuff goes SO wrong. Bad decisions are made. Some of ’em made me roll my eyes.

Yes. From flight issues, and decisions made then, right to deserted island obstacles (and there were quite a few times that had me saying GAH! Oh Come on!!!

). This one isn’t without the occasional eyeroll and “OH-COME-ON!!!” moments. No. No way. Nuh uh. I don’t even believe that! <— That happened to me. And it was slow moving at times, considering the length of the book overall.

But it’s loaded in drama, horrific circumstances, and terrifying moments, that had me feeling absolutely claustrophobic and panicking with the survivors.

Sadness I’d never felt before crushed me deeper into the dirt, hitching a ride on my aching shoulder blades, riding me into depression.

What would happen now?

Would someone find me?

I couldn’t think about the future. So I did the only thing I could.

Hungry, thirsty, burning, and itchy from the constant sand. But worse than all that? Stressed that I’d never find my way off this hell hole. Oh sure… to someone that knows HOW to get out of there… it’s paradise. But try living there for what could be the rest of your short or long, lonely life of strife,

But then again… there were SO many good moments too. When I said triumph, I meant it.

And I was cheering and well… happy.

Hope and triumph were in equal parts to absolute moments of utter defeat. It’s not always hell. And it’s not always heaven. It’s a good mix of both, and considering the length of their story, it’s well detailed. Mind you, I would have appreciated a bit more detail on certain events that were mentioned in passing, but overall… it had enough of everything to keep me hooked. I could put it down (I had too, or I wouldn’t have slept or eaten for days!), but I always wanted to pick it right back up.

Sure, it’s not perfect. But it’s so entertaining and absorbing, that you’ll physically feel sunburned and desert-weary, and starving once you come out on the other side of it. But the question is… will they come out with you? I can’t say, but I certainly recommend you find out for yourself! 😀

P.P.S. Thank you to the author for sending me this review copy!! It was exactly what I was in the mood for! 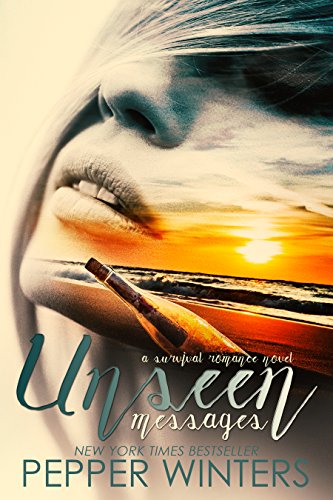 Haven’t read this one, but Fabi’s recommendation of Beyond the Sea, by K. Andrews was a fantastic “lost on a deserted island” book – and not 700 pages long!!! More like On the Island… Oh, and the twist is its two guys!!! I know!!!! But it works. It really does.

Maryse – and to top it off, he’s in a boy band & the other guy is the older pilot. The plot thickens!!!! I think you’d like it.

I never look to the end of a book while I’m reading….but this one OMG!!! so many times I wanted to. This book ripped my heart out, made me cry a lot. What a wonderful story by an amazing author. Love Pepper Winters books, this was book number twelve that I purchased from her. never been disappointed.