X
You are here: Home / My Book Reviews / Book Review – Upon a Midnight Clear by Sherrilyn Kenyon

Upon The Midnight Clear (Dark-Hunter Novels)
Happy Halloween folks!! Thought I’d take a quick time-out to review the next in my list of Sherrilyn Kenyon’s Dark-Hunter/Dream-Hunter series. This one was called “Upon a Midnight Clear” and involves a female Oneroi (Dream-Hunter), who is sent to earth to aid a human male. It read like a short story, and I have a feeling it was meant to be one. It was somewhat disappointing, as it had a very “cookie-cutter” feel to it, and I did not bond in the least with any of the characters. In fact, I was more then irritated by the rich and gorgeous, yet “anguished” human superstar actor, Aidan O’Connor (who was in early retirement).

Due to his huge mistrust of anyone that had ever claimed to “love” him, he had resigned himself to absolute seclusion, refusing any further job offers that his agent sent his way.  Betrayed by all his loved ones (from his brother and immediate family) to the love of his life, he is determined never to love or trust again, so that he can never again feel such hurt. He lives his life in solitary confinement (albeit quite luxurious), and allows his bitterness to seep out of every pore to anyone who attempts to approach him.

His eyes scalded her with their intense heat. “Then do what I do. Turn your tears into rage. Crying will only make you sick. But anger…anger infuses you. It strengthens you. It crawls through your body until you’re forced to act. There’s no dwindling of strength, no mewling blurry vision. It clears your head and focuses your actions. Most of all, it empowers you.”

“Is that why you stay angry?”

While it would make sense that someone who has been betrayed to such an extent would become embittered towards the world, what baffled me was how such a famous and beloved actor could be betrayed to such extents, by those closest to him. I mean, following the themes of this series, such betrayal would be expected by demons and even certain gods, but by every mere mortal in his close proximity? Come on!! And the backstabbers rationale that motivated them to conspire against him…simply eye-rolling. The extents that they went to, to defile his public image, and how easily they all seemed to coerce others in their plot, suggested such weak-mindedness, that I was simply unable to relate.

Well, anyway, his biggest enemy (his imprisoned brother), manages to summon the most powerful god of pain (Dolor) and demands that he annihilate his famous brother in ways most excruciating. That is when the dream god “Leta” (sister of M’Adoc) is sent to help him.

Of course, there is a touch of romance to melt our hearts…

“What are you thinking?”

He smiled at her very human question as he wound her head in his silken hair. “I’m thinking about how wonderful you feel in my arms.”

Her smile made his heart soar and his groin jerk. “I’ve only been with you and my husband. I’d forgotten how incredible this could be.” Her eyes turned stormy. “Unlike you, I don’t like being alone.”

His grief and pain gathered in his throat to choke him, and he confided in her something he hadn’t confided on anyone – not even himself. “Neither do I. Alone sucks.”

She closed her eyes before she covered his hand with hers and turned her face into his palm to kiss it.

That single act shattered him. “If you betray me, Leta…kill me. Be kind and don’t let me live in the shadow of your cruelty. I can’t take another blow like that. I’m not that strong.”

…and the usual battle, and perhaps even a sad (or good) ending – I won’t say either way 😉

It’s kind of a cute story to read (just don’t expect the detail and intricate plot of past novels in the series). Since this is a Christmas story, it would probably be well suited during a much needed, quick time-out, during the Christmas season. With an obvious, but sweet message, it was pleasant enough, in a “Lifetime Movie” sort of way. My favorite part is actually the end, when we get a Christmas Day glimpse into the lives of all of our favorite Dark-Hunters, Were-Hunters, and even Acheron. That was nice!

Not to fear, the next book in the series (which I have also finished), “Dream Chaser” kicks us back into high gear! We get to experience the lives of new main characters, and also savor some screen time with Acheron, Julian, and some Weres, once again, in our cozy setting of New Orleans. For some reason, it felt like I was home again 😉 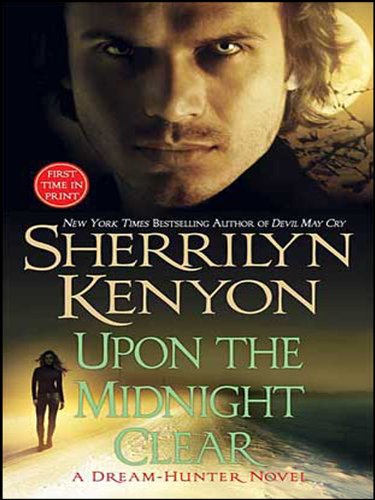 For me it’s more of a refresher book. Of course from the hot revelations in the previous books. It is nice to have a breather once in a while.
Even though we could not classify ‘upon midnight clear’ as a Class A favorite book, there are still good parts of the story. Like the encounter with Hades and Persephone. It’s always enriching to find examples how genuine love is so rewarding. Because of this phrase, this simple line, “SHE DOESN’T LIKE TO BE ALONE.” That tells the cold hard fact that no one wants to be alone. That no one deserves to be alone! They were given a shot to be with the one they love.

I love Sherrilyn Kenyon’s take on the Hades/Persephone relationship. While normally, the story usually is told in a way that Persephone hates Hades and is forced to be with him, this one is very romantic.

JUST TO SHARE, I got a very cool quote on this book. I used this for my New Year 2010 post:

“To those who know and love me, I wish you well. All the rest may go to hell.”

This book confirms my observation that Kenyon might be furious with Greek gods. There was never a god under this pantheon that I could remember that is good natured. Apollo, who cursed his own people. Artemis, who is the creator of dark hunters (that she didn’t really care about). Demigods like Stryker, who led the daimons. Satara, who will do anything to destroy her aunt. And now Zeus who has no mercy with the dream hunters. Hahahaha I find this “theory” very hilarious. If you find anyone from their pantheon that was described as nice and understanding please let me know.