Vamps and the City (Love at Stake, Book 2)
This is is the first book I read out of the series (it should actually be read as book#2). I DO recommend that you start with the “How to Marry a Millionaire Vampire” (book#1) . It’s not that the stories are specifically related to each other, but characters from the first book appear in the second, and I pretty much got the “gist” of what happened in the first book, because of what was recounted in the second installment.

While it doesn’t take away from my wanting to read the first book (as soon as I am finished with this blog, I’m going to start it), I love going into a book, somewhat “clueless” (I HATE spoilers!)

Vamps and the City revolves around the lives of a human CIA agent (Austin), and a newly turned female vampire (Darcy). Austin is a vampire hunter (and also a telepath who has telekinetic powers). Austin infiltrates their world (vampires are still in hiding) via one of the vampire’s own TV reality shows (he’s undercover as one of the hunky stars!).

Problems arise, however when the beautiful Darcy (director if the show) catches his eye, and he can’t quite figure out if she’s dead or not.

There is a fair mix of friendship, romantic tension (lots of good scenes here!), some comedy, and self discovery.

A scene that made me chuckle is when Austin tried to scramble his partner “Garrett’s” memories (Garrett is another CIA agent with powers), while they were reporting back to their boss, Sean at their main headquarters:

Austin slipped into Garrett’s mind and fed him more pictures. “I remember the contest, and there were five judges.”

“What?” Sean shot him a confused look.

“The judges were fluffy pink poodles.” Garrett frowned and rubbed his glistening forehead. “That can’t be right.”

While I did somewhat enjoy how the author chose to end the book, I would have liked it to end a little slower. I found that it wrapped up too quickly, which seemed to interrupt the original pace of the storytelling. 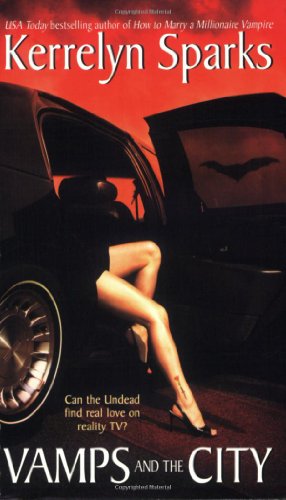 I cant beleive you dont have a zillion comments on this one book.
I had mentioned it on another post but i think of Eric Christian Olsen
Detective Marty Deeks from LA-NCIS. I know the book calls Austin Apollo but in the beginning he is kinda rough doing the stake out thing. He has become my visual. 🙂