X
You are here: Home / My Book Reviews / Book Review – Whispers and the Roars by K. Webster

Whispers and the Roars
I one-clicked this one immediately on that blurb alone. Absolutely up my alley, and I can say that this author seems to venture into that murky-creepy-fascinating territory that I tend to gravitate to. I love exploring personal darkness, whether it be emotionally innate or environmentally influenced… or even just a bad-guy psych-thriller. My curiosity as to how these subjects will be explored, and how cleverly they will twist and astonish (and give me an adrenaline rush) keeps me hooked on this genre.

Now… before you continue onto the review below, I will assure you that I do not spoil anything, but I want to respect the author’s warning by reposting it here. I would hate for you to get any preconceived notions from my review (or my own experience of this complicated journey) and I don’t want to spoil your fun. I liked it, but for some reason, I didn’t love it (I’m still working out my feelings as to why).

Something was missing, for me (and I think it was one of the main characters. I wasn’t feeling him, as much as I wanted to). However, it did keep me hooked, and I devoured it in no time, and it’s getting rave reviews, so take from this what you will.

Here is the author’s warning:

***THIS STANDALONE IS BEST ENJOYED WHEN YOU DON’T READ ANY REVIEWS OR SPOILERS BEFORE READING. GOING IN BLIND IS BEST. TRUST ME.***

And while this one DOES venture into darker (and even trigger-inducing) territories, it’s not as “dark” (as a whole), as that blurb seems to hint at.

Lisa: Ladies (and gentlemen, if any are lurking), Whispers and the Roars is in the bag, and it was amazing. For anyone who fears it as a dark read or because it has triggers, please don’t. The triggers aren’t really in your face or over the top. It is, at it’s very core, an unconditional love story.

Ela: Whispers and the Roars is not creepy at all just very mysterious.

Oh don’t get me wrong… that blurb has EVERYTHING to do with this book. It is EXACTLY right. And yet, I originally had the wrong impression entirely.

…Some may even fear me, which is ridiculous. I’m just a broken twenty-nine-year-old. Not a monster.

A recluse. I’ll give them that.

At one point in time, I wasn’t.

This journey, in essence has a more “new adult” feel to it (even though the characters are in their late twenties), but with a zany colorful cast of characters (that “best friends” feel) as the main character deals with her horrific past, and a tumultuous personal growth.

I may be a lonely woman, but I have some amazing people who look after me.

Too bad the one I miss the most ran off to Yale University. Left his girlfriend to pursue a career. Stole my heart right from my chest.

You would have held him down, Kady. He was meant to soar.

But don’t be fooled. This book gets… erratic (and it all makes sense when it does).

The beginning was a bit iffy for me, but I believe it’s ’cause it wasn’t “going” how I expected it would go from that dark-sounding blurb.

Maryse: First 25% is … sweet. Reminds me of those deep-message and growth new adult books, where one of the characters has a horrible childhood that has them suffering even as young adults. Good writing, but the tone of the blurb doesn’t match the tone of the book… from what I can tell. Yet. That said, I’m still into it!

Ela: 43% into Whispers and the Roars. It’s STILL TO EARLY if y’all can believe it to make any assessments….we’re still trying to figure what the heck is going on.

Nay: Yes, Ela, LisaA, and I have been having a ball on GR trying to figure out what the deal is with Whispers and the Roars. I think I’ve got it, but I’m still not positive.

BUT!! It kept me intrigued (albeit, a bit “safe” feeling) for the first half, while I guessed at what the big deal was. Where it was actually going (’cause it seemed to be just a big ol’ emotional mess and that was about it).

At one time, he had fixed everything. My life was calm and serene. He’d been instrumental in keeping Norman away. Those assholes Pascale and Kenneth never came around as long as I was with Yeo. He protected me from the bad people in my life and loved the good ones. We’d become a team. And we were unstoppable.

Until I put a stop to us.

Then it got there. I guessed it RIGHT before it was confirmed, but boy oh boy there was much more to it than that.

Lisa: 73% done with Whispers and the Roars and I love it. It is labeled as dark, but I am not getting dark. I am getting a hella amazing love between the two main characters. It is a plot twist I have seen once before…but handled so beautifully. This had to be a tough writing experience for the author.

Maryse: Okay I’m halfway in and I’ve totally figured it out. I know it…

And that’s where I’m ending this entire review. I get why the author says to go in blind and not to read any reviews to get the maximum impact. She’s right.

I liked it, but something about it kept me from loving it. And I have no idea what. Maybe it was just so… out there (although sheeeeeesh… I just LOVE this kind of  subject matter). I’m thinking it was Yeo? There was something about him that I couldn’t get attached to. Then again, by the end, I was questioning everything.

It’s good. I enjoyed it, and pretty much devoured it (I just started it last night), but there’s something that’s keeping me from screaming it from the rooftops as “awesome”. It’s crazy, it’s intense, and maybe even… cathartic. So I don’t know what my problem is? I LOVE it when I can’t put a book down. And I LOVE this genre. And this one was well-explored so…?

I just need some time to internalize and absorb it, I think. But for now, I’m giving it:

P.S. Then again, “You” by Caroline Kepnes made a mess of me way back when I read it, and I devoured it and still initially gave it 3.75 stars. Mind you now, I toute it from the rooftops, ’cause it’s unforgettable. LOL!!!

P.P.S. Note: These books have NOTHING to do with each other, other than I have that same “weird” feeling at the end of devouring ’em. *snort* 😛 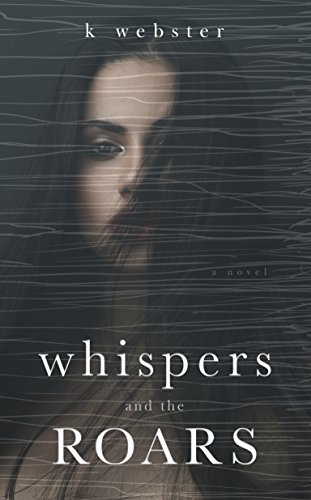 I agree with you Maryse. Definitely best to go in blind and the reveal was good but I didn’t love it and not sure why. Characters were good as was the writing but I wanted something more!

there was just…. something. You know? Something that didn’t have me wholeheartedly connected.

I get it Maryse. I think it was probably Yeo. It was hard to believe someone could be that dedicated to something so difficult to understand. Sorry you didn’t like it more. Now, go read From Sand and Ash! Lol!

LOL!!! I’ve just started “Take Me With You” and I AM LOVING IT already. The writing is incredible, and he’s CREEEEEEPY!!!!!!!

I’m thinking that maybe what made this not a 4 or 5 star book for several may have been that this storyline was done before – and that OTHER book was so freaking amazing (at least in my opinion).