X
You are here: Home / My Book Reviews / Guest Review (my sister!!) – Run Away by Harlan Coben

Run Away <— Ahhhhh my sister. A girl after my own book-heart. Not only is she into the same genres as I am, she reeeeeads on her vacations!! Oh how I love her, and her book tastes, and YAY FOR US ’cause she’s sent over two reviews of her favorite books she read while on vacation, and both have me bouncing and clapping with glee!! Totally my thing!

And I love the last line of her review. I see what you did there, Jo. Clever. 😉

I have a book review for you ladies! There are 2 books I read on my last vacation in Cuba, this one and Behind her eyes by Sarah Pinborough… I am not talking about the one last July, I’m talking about the one my boyfriend and I just took in November 2019. Again? you’re going to ask yourself… Well Hell yes!!! I must take multiple vacations because it is the only time that I can READ! LOL

I had to give this book 4.5 stars because I could not put it down!

As usual, Harlan Coben’s characters are sublime. So realistic, with their flaws, their pains, their doubts. We are in their head, thinking, feeling, and it is not all cute and fluffy… we’re talking about murders, multiple murders. I hate it when some characters that I got to particularly like, die. But hey… this is far from being a Disney book!

What got me in this one, is the love felt by the main character. I believe Harlan writes from his own perspective. How is it for a man to love his wife and his family? To what ends would he go, or would be willing to go, for the ones he loves? Being a parent, I know I would die for my daughter if I were to be certain that it would save her.

I love what he remembers about his daughter, little moments that only parents can remember. He is obsessed with his daughter’s situation, because she did run away and won’t come back home. He feels helpless in front of her addiction. He tries his best to behave properly… and discovers that the rules are not the same in this drug jungle in which he sets foot to get his daughter back.

His entire family has secrets… Isn’t it true that what men think is happening, often has no connexion to what is REALLY happening? They are so caught up in their own career, and the idea of how they should be in front of others, that they do not understand all that is going on in their own family. There is so much action in that book as well. Fights, shootings, pursuits… Like I said, I could not put it down. Needed to know more and more, wanted to find out the connections, the secrets, the reasons. Just like him! I could actually visualize the characters evolving and their stories mingling, unaware of each other at first. That book would make an excellent movie!

I know… I am saying nothing about the story itself in that review, and it is on purpose! You need to discover the story by yourself. Every little piece of the puzzle counts. Don’t “Run Away” from this one!! *Giggles* 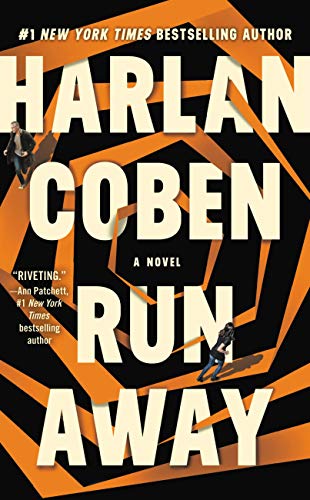