With Everything I Am (The Three Series)
Loved it! So very good, with plenty of emotional detail. As with many of Kristen Ashley’s books she really lets you into the character’s head, and even more, into their hearts. The reader really gets to experience the emotions at full force, and this one was no exception.

While I was able to put it down every once in awhile (I needed a break, sometimes from the over-thinking heroine), I was fully connected to every character. Oh sure, I may have found myself annoyed with her for mentally re-hashing her insecurities over and over again. For purposefully sabotaging her dream, and breaking her own heart, because of her self doubt, instead of just… you know. Telling HIM about what she was thinking. 😉

When my husband heard me huffing and puffing and asked what was making me so moody, I said, “OMG she’s freaking out again, and it’s driving me crazy. WHY can’t she just speak up??!!!” And that would be my biggest complaint. The lengthy detail in her recurring thought processes. Going over it, again and again in her head. One moment being “right there” with him, and the next… off in her own world of agitation.

But you know what? It’s exactly THOSE human qualities that I love to experience in my book-characters. I want to forget that they aren’t real. I want to sympathize with them, and I especially want to recognize myself in them. Heck! Throw me (a little ‘ol human”) into a pack of very special *ahem* “people”, tell me I’m “HIS” fated queen, let me overhear that he’s a total player and not at all into me, and see how badly I react. Ya know?

Tee hee!! I can guarantee it wouldn’t be pretty.

But then again, as with many of my favorite Kristen Ashley books, he did have his instances, and I too, wondered if she might have a point in her… overthinking. Perhaps there was something to all of her worries of not really belonging. Of not being his “one”. And Kristen did not disappoint in that aspect. Ohhhh no sireeee! I was outraged and seething with jealousy at a certain point. I LOVE when that happens!!!!

Maryse’s Book Blog: Okay wait. I’m at *—* percent of Kristen Ashley’s “With Everything I Am” and all I can say is whaaaaaa?? OMG that dream! My heart. *shakes head*

Anna: I finished the book the day it was released- so so good, but so frustrating!

Michelle: Im reading it now. Halfway thru. I think I like Until the Sun better.

Laura: Kristen Ashley is my new BFF. LOVE everything I’ve read by her so far!!!!

Barbara: I love anything she writes!

Jennifer: at 38% and loving Callum!

Erica: Bahhhhhh, have you gotten to the ceremony part?!

Kyle: Just finished this…. It was amazing:) can’t wait for the next one!!

BrazGirl: Thank you Kristen Ashley for writing series with “stand alone” books!! No cliffhangers, no blindsiding endings with “to be continued”!! She is the best!!!

Michele: I too love EVERYTHING from Kristen Ashley!! No one writes Alpha’s like she does and SHE IS THE “QUEEN” of epilogues!!!! LOVE HER!! OK.. back to my reread of “Until the Sun falls from the sky”.. LOVE IT as much this time as the first!! 🙂

Tracie: I know Maryse …. I can’t believe I waited so long to read this series. I swear I felt Sonia’s pain, I had a frown on my face for a while till *spoiler* ! Kristen has such a knack for making the reader feel so emotional and connected. Her stories say with me for so long, I think about them long after I’m finished.

Maryse’s Book Blog: Ahhhhhhh I finished! *phew* very very good!!! I LOVE how the focus really is on the romance with all of the other aspects migling in, too. We get SO much of “them”.

Melanie: Loved it. It was very angsty and even made me shed a few tears.

Adriana: How I cried, I read this book after Edge of Never, had to stock up with tissues afterwards!!!

Okay so, what’s it about?

Sonia, a thirty-something year old human, has been dreaming all of her life of a certain puppy/wolf that she encountered as a child. When her parents died, the wolf would visit her and keep her company as she slept. And as she became a woman, the wolf transformed into her dream man.

And one day… she was abducted (almost abducted/saved/then really abducted) into a werewolf clan. She was the prophesied “Queen” to the “King”. A human? Yep. Beats me, but I’m all for it!!!! *grins*

He looked again at his father, his voice coated in angry disbelief. “She’s human.”

Mac took in a breath through his nose, hesitated, opened his mouth, closed it then opened it again to say, “She is.”

“I can’t be connected to a human,” Callum clipped.

“The oracle has spoken,” his father declared.

Mac moved even closer and his voice grew lower when he asked, “You felt it?”

Now of course, she doesn’t know that she’s been moved into a werewolf world, but she obviously knows something is… “off” about them (and you know what.. I didn’t over think that part. Why she knew they weren’t human but didn’t really ask “what” they were… Okay await, now I’m over-thinking it… 😉 ). LOL!! Anyway, she just that she recognizes her dream man as being the King, and well, who can complain about that? Except that she does. A LOT! She vacillated between absolutely being thrilled at the prospect of him…. to freaking the heck out over it. And who wouldn’t?

And she had to escape.

Because she was stuck in a cabin with a murdering madman who thought she was his queen and intended to bind her to him until she died.

Then to her shame, Sonia felt a single tear drop from her eye and trail down her cheek as her extreme fear overcame any courage she might have been able to muster.

That tear was joined by another.

And he, well… he deals with her as best he can, while still keeping his “Kingly” image about him. His people, his family, her past, and the “family” that raised her. The prophesies. All fantastic fun, all intense and super romantic, and of course occasionally infuriating and OMG soooooooo sad.

Finally he said softly, “You know me.”

“In my dreams, you’ve been coming to me for twenty years.”

“You know me,” he repeated.

Sonia nodded a jerky, frightened nod. “When I woke up the other day, I thought it was another dream.

Vaguely she heard the backdoor close.

“Do you understand you’re mine?” he asked.

It was then that she did.

It sang through her soul.

BTW… this had one of the BEST “paranormal-reveal” reactions ever. I LOVED it!!

4 stars, and now I’m going to backtrack and read the vampire one (book #1 – Until the Sun Falls from the Sky (The Three Series)) in the series. 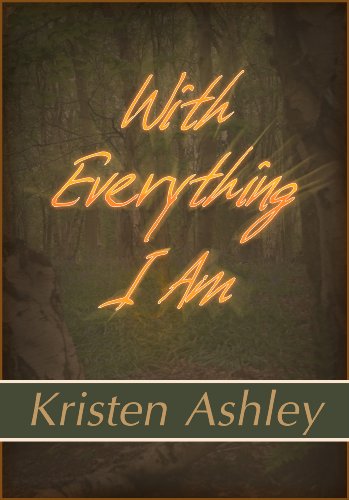 I hope Ryon gets his own story. I enjoyed it.

LOVED. And Caleb. But especially Ryon, considering how much he loves humans.

Your going to love Until the Sun Falls from the Sky! One of the things that really stood out was how she was able to mix a more formal style of speaking (you know,cause he’s been around for a loooong time),and yet he also had a modern edge to it. Delicious!

Yep. Liked this one better than the first in this series. KA does not disappoint!

THIS book has made me a huge Kristen Ashley fan!! I loved loved loved it. It wasn’t too short or too long and my emotions were all over the place with this book! I love it when a book does that to you!.

Agreed Paula. Lots of detail in her books, and she really doesn’t rush them, which allows me to live them.

Just finished Until the Sun Falls from the Sky and loved it!!! I completely agree with your assessment of K. Ashley – I’ve loved everything she’s written…and can’t wait to start this one!! Guess my kids are going to have chicken nuggets again for dinner:’)

mmmm chicken nuggets!!! As a kid, I would have been okay with that. 😉

Loved this book, love this trilogy. Can. Not. Wait. For the last one !!!! After all KA is amazing !!

Although i loved Lucien the Vampire….Callum the Werewolf…YES! I loved this book, the length, the story, the ending! Does KA ever really disappoint? Good read!