The Darkly Luminous Fight for Persephone Parker
I received this book from the author, and I must say, the second installment in Percy’s saga is just as beautifully written as the first. Exciting, dramatic and romantic, it will take you away to a world of intrigue, while simultaneously having you laugh out loud as you bond with the jovial characters.

In the last installment, the mystery of Percy’s past was revealed, along with how she is emotionally linked to Alexi. The revelations continue in this book, uncovering details from how they came to be, and how The Guard has progressed through time.

Despite the first book’s climactic (and greatly satisfying) ending, the danger to Percy isn’t over. Now being the official “seventh” in the Guard, and belonging with a group of loving yet powerful humans, their fight escalates yet again, as the “Darkness” perseveres to come through (and that story in itself, is fascinating and scary). Despite the extra help from the “Whisper World” in their fight to protect mankind (The Great Work), the Prophecy needs to be fulfilled, and there are no guarantees.

While The Guard strategize together, Alexi deals with his personal conflict to keep Percy protected and by his side.

She was his. Not a god’s, not destiny’s, not The Guard’s, not England’s but his. He’d fight to death and beyond to keep it that way.

Deeply in love, their new found romance is interrupted by the threat to mankind and their duty to protect it. Alexi struggles with his possessive and protective nature, as Percy struggles with her destiny (and what a destiny it is)!

“Percy,” he whispered. “Before words fail us, as I know they will…” He lifted her so that she reclined upon his knees. “I need you to know that, Prophecy aside, no matter what divine remnants have taken up in us, I, as a mortal man, am desperate for you. I’d have loved you no matter my fate.”

And despite the constant lurking danger and imminent threat, there is comic relief! Elijah (a member of The Guard) continues his relentless teasing of Alexi and his brooding personality…

“And more happily.” Elijah snorted. “To have someone sweet and dainty to look after, rather than His Royal Eeriness, Minister of the Constant Sneer…”

Percy glanced at her betrothed. “You don’t sneer. Do you?”

“Perhaps you’ve been spared, Miss Parker. So far. But, beware. Who knows what may happen now? My God. The bravery, my dear Miss Parker, the bravery of your young heart! Oh! Take note, Miss Parker – you see?” Elijah cried.

*giggle* So many funny moments that will have you chuckling…in between the adrenaline rushes. Relief indeed!

Sooo… the book has a GRAND story inside waiting to be revealed. But, you must read book one one first, or you’ll be missing many delightful parts that this one expands upon. The enchantment abounds, and the members of The Guard are sure to capture your heart! 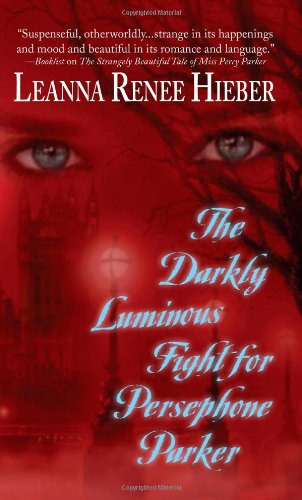 Ok I usually roll my eyes and snort at things like this “I’d have loved you no matter my fate.” but that was mad hot. Wow I need to look for an air vent.

Oh yes…Alexi is all sorts of romantic.

I really liked both of these, it was somewhat different from the other stuff I read but I also thought it was a beautiful story and well worth it!