Cry Sanctuary: Red Rock Pass, book 1
*opens door with a grin* Hey y’all come on in. Maryse is at the store, I think she’s getting more blood or maybe some of those Canadian Cherry Blossom candies. Have you had those? They are awesome. She is trying to get me to try Spruce Beer – which I can only guess tastes like carbonated Pine-Sol – but I am still wary of it.

So, anyways, while she’s not here I can tell you about the book I read.   Remember those free and cheap paranormal deals she finds on the net and shares with you? She gave you like a whole list of the Moira Rogers Red Rock Pass Series on the cheap side. Well, I read em.

Book one in the series is Cry Sanctuary. We get introduced to Keith Winston, a tired solider home from the war. Wait, not our war, their war. See, he is a werewolf, and they have “issues” with witches and wizards. Anyways, since he’s home his Alpha is sort of pressuring him to settle down, start a family….the only problem is pressure is what drove him to go to war. Then, suddenly, news comes from the Alphas wife:

“Yeah. Just got a call. Two kids left Helena on their way here, and Alan Matthews is apparently pissed enough at losing his newest girl that he’s sent men after them. Into our territory.”

Her husband bristled as he rose. “He wouldn’t.” It was a blatant challenge, one Keith knew Gavin couldn’t let slide. “Of course he would. Impertinent idiot.” He turned sharp blue eyes toward Keith. “Feel up to it?”

Of all the duties expected of him, this was the only one he felt capable of handling anymore. Keith checked both of his pistols before snapping them into their holsters. He nodded shortly as he shrugged into his shoulder rig. “Always.”

And Keith is just the man to get job done. Upon arrival though, it becomes all to clear to him that these two kids are in way over their heads. Abigail Adler is a werewolf. Not that she was born that way, but after meeting a man at bar she was attacked in the parking lot and her whole life went into a tailspin. Her best friend blames himself and she is running for her life from her new Alpha. A very corrupt Alpha. When he has them attacked on the way to Red Rock, things seem bleak until someone steps up for them.

The man who walked toward them looked dangerous even before his power hit them in a scalding wave, the strength of it like nothing she’d ever experienced. She’d learned to recognize the feeling of another werewolf from extended contact with Dylan, but her friend’s energy was like soft sunlight against her skin, warm and a little tingly, but easily ignored.

The large man who stopped a few paces away was something else entirely. Putting aside the energy that singed the air around him, he was physically imposing. His tight T-shirt emphasized his wide shoulders and strong muscles, and the dark leather shoulder rig that cut across the white fabric had holsters for two guns. One was empty, the weapon held easily at his side as he surveyed the two dead attackers and one survivor. Everything about him was dark–his hair, eyes, even the fierce expression he wore.

(Doesn’t he sound HOT?!) Once Keith and Abby meet, it reminded me of what happens when you throw a ping pong ball into a box of set mousetraps. Not only are the personal fireworks explosive, but emotional ones as well. Abby is a strong wolf, even though she doesn’t know it yet, and Keith is a Alpha, he is more than willing to be her Guide, but he wants her to make her own choices, so many of them have been made for her. Just as seems like things will get going for these two, that annoying pack next door kidnaps her sister in an effort to get her back. With the only person left she is not willing to lose on the line, Abby has to choose to break all the rules to get her back…..

I was thrilled to read this. It was a pretty short story – I read it in one night, but it left me feeling good. The best part about it this is just book one! You might feel a little lost at the onset, but Rogers does a great job of explaining the Red Rock Pass world in the form of explaining it all to Abby. This is a short story with a whirlwind romance type thing, but it feels right when you read it.

I’m sure Maryse will be back soon, you know hanging out, giving you reading order guides, talking about vampires and rock stars. I have the best Maker ever. Now you better leave so I can clean up. You know how she gets when I have people over and they make a tiny mess. *Rolls eyes as I kick trash under the couch*

Before you leave though, tell me, if you were turned in a werewolf, what is the one thing you would like the most about it? 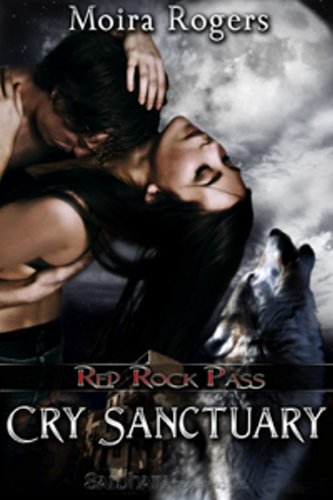 Great Review Lily,,,,I guess I missed this one,,*powering up the nook* ,,,anyway,,,I believe,,if I was a werewolf,,the most I would like about it would be able to shapeshift,,,and run free,,,Im really all about the vampires,,but there a few werewolves,,that I do enjoy watching,,and reading about…and the ability to run, jump, and be carefree,,would be the best thing…
Jenn B.