X
You are here: Home / My Book Reviews / Miscellaneous / Lily’s Book Review – What I Wore to Save The World by Maryrose Wood

What I Wore to Save the World

Hey Maryse’s Minions! I mean, followers! Happy St. Patrick’s Day! Today I have planned to bring  you a special treat, I am going to catch a leprechaun and we will have green blood margaritas! YAY! I know they are slippery little brats, but I’m sure a good progeny like me can find one, right? While I go hunting for one I will tell you about my recent adventure to Ireland. No, I didn’t get to go in real life (stop bringing up my Irish deficiencies would ya?) but I did get to check it out with the final installment of the Morgan Rawlinson series written by Maryrose Wood.
Oh and I’m giving away all three books in this trilogy!!

“What I Wore to Save the World” brings us back to the teenage angst that is Morgan. As a new High School senior she has no idea what she wants to do with her life. Much less what college to attend or what to study. The only thing she knows for sure is she still wants Colin, the Irish hottie she met last summer, and there is no way she can major in him.

Nothing gets her mother more upset than Morgan’s failure to attempt at even trying to make a decision, and things with them are never really easy, so what does Mom do? Brings Dad into it of course!

“Well, at least we all agree on something,” Dad announced.
“What?” My mom and I said at the same time.
“You, Morgan,” he said, raising the can to his lips,”have no clue.”

In order for her to help “get a clue” her mother takes her to see one creepy private college counselor named Mr. Cornelius Phineas. Things with him have her goddess senses tingling right off the bat when he calls her “Morganne” and makes reference to her boyfriend. The one she didn’t tell him about. However he does get her interested in a college.

My parents were staring at me with the most open mouthed, what-the-fek expressions imaginable. Which was gross, because we were in the middle of eating dinner and their mouths were both full of half-chewed vegetable lasagna.

Her parents begin to freak out, but that isn’t the worst part. The worst part is pointed out by her little sister.

“They don’t think your smart enough to get in.”

OUCH! There is still hope for her though – only in the form of community service. She has bad grades, bad test scores and not even one sport to her name. In order to get into the college she wants, she has to do something. However, is tutoring third graders really the best option? After an attempt to teach her little sister, Morgan decides to let her sister play in the bathtub while she broods about how she will get rejected from the college and end up not even becoming an X-ray tech. Then, her sister scares her to death by almost drowning. When she comes to, she has a name for Morgan. FINNBAR. Her brat of a half brother. Not in this reality. The other one. Where she is really Morganne and the fairy folk do run amok. Oy. Poor Morgan.

Then, who should call but Mr. Phineas? He tells her she has to be in England on Friday for a “Special” Orientation to Oxford. Say what? Yeah. Then she gets an email from Colin begging her to come to London on Friday. So there you go. Morgan is heading back across the pond, but it’s not as “no strings attached” as it seems, but then again, it never really is when those Fae are involved.

Turns out the Fae are up to their same old games and it will take Morganne/Morgan to save this reality. She makes you question if she can save the world, end up with the man of her dreams, get into a good college and still look good doing it.

This book was a fantastic read, and I had a lot of fun with it. It ended the trilogy on the right note, and left me still wanting more. I will check out more from this author I’m sure, when I want something like cotton candy for my wee brain.

Why are leprechauns so damn hard to catch? I have tried everything….. ok, maybe putting the Lucky Charms under a box propped with a stick and a jerk string was not the best solution to trying to catch one…..

Maybe I will just slink off and curl up with my Barrons and throw myself back into the Fever. It’s St. Pats after all. Drunk on Barrons counts right? Right.

When you think of Ireland, who comes to your mind? (As you can tell, mine is Barrons……..)

Ok so here it is folks. Time for the giveaway! Lily is giving away the entire trilogy (her own copies) to one lucky commenter. Just leave a comment below, and on Monday night (March 21st 2011) at 10pm EST , I will let the “randomizer-thingie” pick one. No address needed yet, I will contact you directly if you are the winner. US residents only for the giveaway, however, all are welcome to comment 🙂 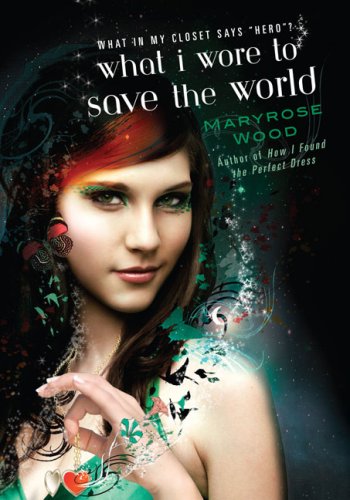 Thank you for feeding my addiction to reading, i have been trying to keep up with your recommendations and finding myself looking forward to many great books that i would normally not have thought were my style of reading.
Maryrose has me thinking back on days long gone for me and i am smiling even at the angst lol
Blessings
Shae

As always another great review,,,and another TBR series,,,I do like these YA series,,sometimes…havent been dissapointed yet,,,Just finished the Vampire Academy Series,,,and I loved it….definately a good re-read,,,,but the way my list keeps getting longer and longer,,,probaly no time for re-reads..lol anyway,,,I liked the reviews on this trilogy,,,I didnt catch the 2nd book but caught the first one and now this one,,,well,,,I just got thru with the second book review,,,lol im too skippy,,,I never can do anything normal..well my daughter and I both have this trilogy on our TBR list I just asked her about it….hehe anyway…as always
thanks for sharing..
Jen

Oh, hey I forgot to warn ya’ll – this book contains (oh the horror) UNICORNS. But the story was cute enough for me to shrug it off.

Wow, I wish I could read faster. 🙂 My list is getting longer and longer. Looking forward to this series. Thanks!
Karen

I am a huge “Outlander” and “Vampire Academy” fan, I would love to read something in the YA arena about Ireland! “What I Wore to Save the World” Sounds great. Hope I win 🙂

Sounds Exciting! Would love to add them to my bookshelf 🙂

Congratulations to Donna F!! You won the trilogy 🙂