Since I’m dying to know anything and EVERYTHING about Terrible and the Downside Ghosts series, I figured I’d scour the internet for the good stuff – so this will be my own personal “Downside Ghosts Tidbits Page” that I will update and share with you.

And what better way to get some info, than directly from the author herself?

Stacia hosted an awesome “question and answer” session on her website a few weeks ago when I was, unfortunately, still Downside-ignorant and didn’t know enough to participate. However, in my search, I have had many questions answered, because many diehards knew what to ask. So thank you!

Here is a quick summary, but make sure to check out her page, cause it’s not all Downside related, and you really get a good glimpse of Stacia’s personality and how fun she seems.

Here are Stacia Kane’s latest book related tweets. Perhaps we can piece them all together and make some sense out of what’s in store for us (or how she relates to these fascinating characters)…

A couple hundred more words and I’m off to bed. Would be nice if I could finish Chapter One this evening.

Esp. Since Chapter One is currently one of the longest chapters I’ve ever written, sigh.

I was actually kind of disappointed/surprised there weren’t more Lex girls out there.

I know! He’s so…jaunty, lol. And almost arrogant, but not quite, because he’s too focused on having fun to be arrogant.

I just realized what today’s date is. My deadline for Downside 4 is exactly three months away.

Lots of great Twitter posts from back in July (answering questions about her series for #UFCHAT – they meet every Saturday at 3pm PST on Twitter). I missed it, so I’m happy to have found it now 🙂

July 24th highlights from the chat:

🙂 There is a Downside short story coming out, yes, but I don’t have a release date for the antho yet

Dogs are psychopomps. They have been in legends for centuries, the ancient Greeks etc. In this world dogs r literally used to take ghosts back to the City of Etrnity under the earth. Chruch employees summon them from dog skulls during ritual.

I got to use a bunch of British Traditional Witchcraft research I’d done & more!

Yes. I did a ton of research; there are actually millions of functioning addicts in the world, people you’d never know

Some of it I did, yeah. Some of it just happened & I realized it later. I planned control/addiction, but not truth/lies

But Chess has loaned him some books & made him read them too. 🙂

On Bittenbybooks.com (here’s a link to the interview and another one here and check out lower in the answer section too). Good stuff on her other books, and about her too, like her extensive collection of Tarot cards, her writing process and that her favorite superpower would be teleportation. Hey that’s my choice too! I loved “Jumpers” for that very reason):

The Downside Ghost series had not yet been released but she mentions her characters and says Chess is one of her favorites but she’s exceptionally proud of her secondary character (ahhh our first intro to Terrible).

…but it’s one of the supporting characters who I’m especially proud of. But I don’t want to spoil anything by saying who.

She says she has some similarities with Chess – same taste in men and music, and some personality stuff (but is more like Megan from her Demon series), and tells us how she named Chess:

Chess’ (full name Cesaria) last name, Putnam, was assigned to her by the Church. Ann Putnam was one of the major players in the Salem Witch Trials; I’ve used other surnames from the Trials in the next book.

Even before she started the series she knew Chess’s character:

Chess had a character before I had a plot or anything for Unholy Ghosts–I knew I wanted to do something different, and write about a drug-addicted heroine; everything in that book was a challenge and I loved that.

The witchcraft in the series is based on “British Traditional Witchcraft” (which she has studied for years).

As per an interview with TheLiteraryProject she says that she came up with the idea for Unholy Ghosts as she was writing her Demon series, and immediately started writing it the same night she finished her book “Demon Inside”. She wrote it in seven weeks and it got picked up really quickly.

Lot’s of good tidbits on an indepth Vampirebookclub.net question and answer session with Stacia  like:

An EXCELLENT tidbit on an interview Stacia had with Falcatimes

And BookChickCity knows what we wanna hear! She gets right down to the subject of “Terrible and Chess”, and of course tons more info – these are my favorite highlights of the interview (below), but again, the interview as a whole is really fun!

To be continued…I’m still scouring 😉

Hey and while I scour, who do the characters look like to you? Any ideas? 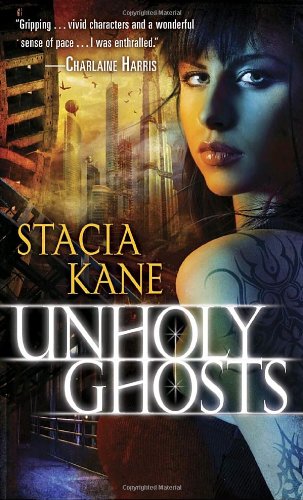 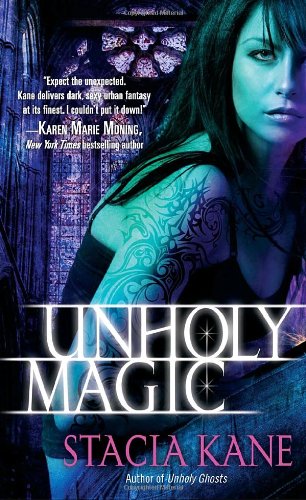 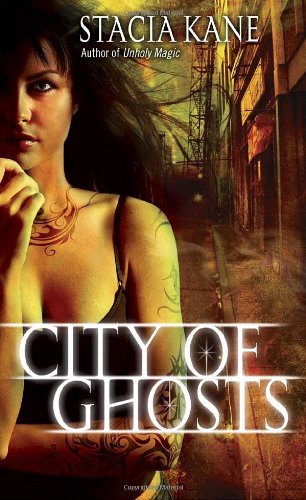 I LOVE this series. One of my absolute favorites. I just can’t stop thinking about Chess and Terrible, so glad to see you’re enjoying it as well! Now comes the long wait for Book 4:(

sooo I know that this is like way off….but i just saw the trailer for “Let Me In” looks exciting,,,comes to theaters October 1st,,,but i thought it was called “Let the Right One In” o’well just wanted to share that with ya,,,
Jen